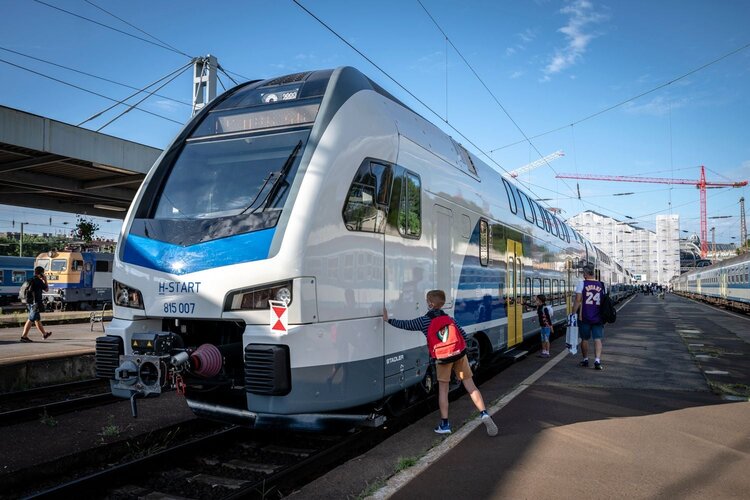 The state has probably let go of its cherished dream of 10 years about reviving the Hungarian domestic railway vehicle production. At least that is what can be deduced from Dávid Vitézy’s Facebook post. He announced an international tender for the largest purchase of vehicles in recent years.

In 2010, the government announced that its goal is “to restart the traditional Hungarian railway vehicle production” and the development of modern railway vehicles (railway cars, metros, etc.). They got EU funding for the project, 462 million HUF (1,15 million EUR), and developed prototypes by 2013. These trains’ maximum velocity was 200 km/h. While the project was growing and producing other types of vehicles as well, the IC+ coaches got full permission in 2016.

They announced that the Hungarian government allocates 30 billion HUF (74.36 million EUR) for the production of 100 IC+ coaches for the period between 2016 and 2019.  The reason for the complaints was the price because for the same amount Siemens already sold better vehicles by then. The humour of the story is that the most expensive parts of the Hungarian products were ordered from Siemens.

Due to workforce shortage, production fell and the IC+ project was halted. This caused a huge shortage of cars in recent years at MÁV-Start – the subsidiary of MÁV Zrt. (Hungarian State Railway), which performs passenger transport duties – which continues to this day.

In the following years, Hungary would acquire 380 high-speed (230 km/h) Intercity railcars and 50 control trailers, and also because of a previous tender, 50 Siemens Vectron-type electric locomotives. For the latter, the government will spend 70 billion HUF (174.35 million EUR), but in case the currency will continue to be weak, they might not be able to afford all 50 vehicles.

Buying all planned trains would be way over the budget for Hungary, so the government came up with a new solution. The railway company would not order the carriages from the vehicle manufacturer but only service packages. In the short term, this is significantly cheaper than buying the cars from MÁV-Start, but in the longer term it will be terribly expensive, writes HVG. Especially, if the forint will further deteriorate.

The new trains will probably start to operate at the end of 2024, or more likely only in 2025.