The Toyota RAV4 Prime is all sorts of things, all at once. It’s Toyota’s first plug-in SUV since the “powered by Tesla” RAV4 EV from earlier last decade. It’s the quickest-accelerating vehicle in Toyota’s lineup, excluding its sports cars. And it offers one of the longest all-electric driving ranges among plug-in hybrids.

For a refresh on the actual numbers, as they might be compared to rivals: Toyota’s quoted an official 5.7-second 0-60 mph time; it goes an official 42 miles on a charge; and it’s rated at 38 mpg when running as a hybrid after using up the charge.

All those claims and numbers put the RAV4 Prime at the leading edge, but for 2021 perhaps the best way to see the Prime is as a market standout—a “strong” plug-in hybrid, that uses a big 18.1-kwh battery pack, drives well in all its modes, doesn’t need the internal combustion engine when you have a charge, and doesn’t forget about all-wheel drive, towing, or other all-season family-vehicle priorities. 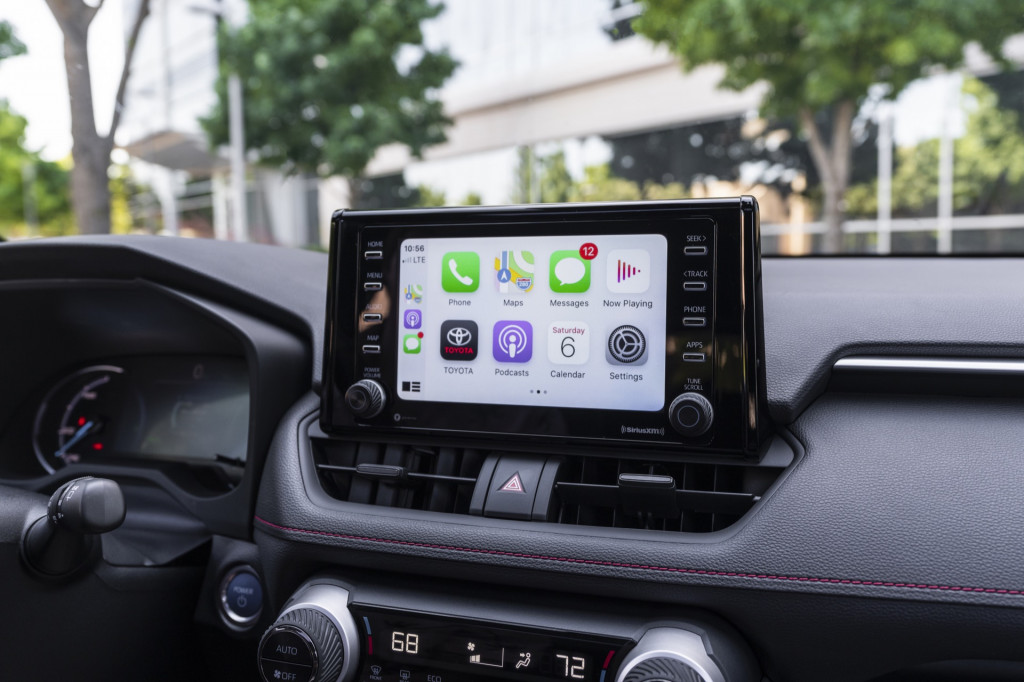 That price range is $39,220 for the base SE model, ranging up to $49,305 for a fully optioned XSE. As such, it’s something special that squeezes between a growing number of affordable high-mileage hybrids this size—like the Honda CR-V Hybrid, Ford Escape Hybrid, and upcoming Hyundai Tucson Hybrid—and a growing legion of crossover EVs that includes the Tesla Model Y and Volvo XC40 Recharge at the high end, or the Volkswagen ID.4 and Nissan Ariya at a comparable (or lower) price.

In a first drive of the RAV4 Prime this past summer, we didn’t see a single deviation from what was promised. It absolutely lives up to its billing on range, acceleration, fuel efficiency as a hybrid, and general versatility and livability.

With Toyota’s promise of widespread availability for the Prime, in a package that looks, feels, and performs even better than the RAV4 on which it’s based—the top-selling utility vehicle on the market—we’d even venture to say that it picks up where the much-loved Chevy Volt left off and is ready to accelerate to a faster lane. But this is precisely where the Prime deviates. Rather than selling as many Primes as it can, Toyota is limiting that number—due mostly to the Prime’s battery supply, from a new joint venture with Panasonic in Japan.

Despite heightened battery-supply issues that limited the pace of the initial rollout, Toyota last week reconfirmed to Green Car Reports that it plans to deliver about 20,000 Primes for the U.S. annually, and that the Prime will be stocked and available nationally, although with a priority given to ZEV states. Should we consider that cause for hesitation? The RAV4 Prime leaves us conflicted, as it nails the concept and execution, showing the performance and efficiency potential of going electric while staying every bit as sensible as other RAV4 versions.

Customized Jeeps From the Factory?

2022 Nissan Pathfinder – Not All Who Wander Are Lost