The Venza nameplate returned to the Toyota showroom as a sleek two-row crossover SUV with a hybrid powertrain that looks and feels as much like a Lexus as it does a Toyota.

The 2021 Toyota Venza would fit in a Lexus showroom if the Japanese automaker’s luxury division hadn’t gotten ugly with predator front ends. For those who owned or own a second-generation Lexus RX (Hi, Aunt Leslie and Uncle Jerry), things got weird when the third-generation crossover SUV arrived for 2010. It was larger, looked bloated, and wallowed like a marshmallow.

A week in the 2021 Toyota Venza proved that it can split the considerable difference between the RAV4 and the Lexus RX as an attractive if not sedate five-seat crossover with no off-road pretensions that comes well equipped at a price that optimizes value like the hybrid powertrain, which optimizes fuel use. Maybe it’s what those second-generation Lexus RX buyers were hoping for, more than a decade later. From the rear the Venza has a Jaguar F-Pace look to it with a steeply raked rear end and full-width LED taillight. Oddly, it might look better than the Jag. The side profile is that of a sleeker second-gen Lexus RX while the front is like almost no other Toyota on sale today. It’s flowing and sweeps back into the fenders. It’s much more stylish than the origami-like design of the current RX on sale today. 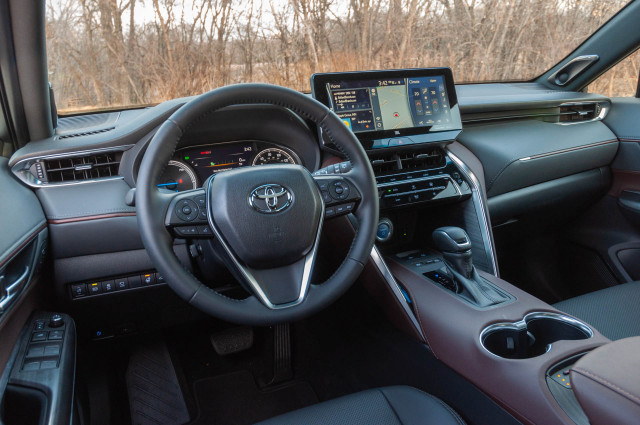 Miss: What a waste of space

Forget the steeply raked roofline that cuts into cargo space, reducing cargo volume by 10 cubic feet from the Toyota RAV4 down to 28.8 cubic feet in the Venza. I can live with that in the name of style. But it makes much less sense for the center console to have two cup holders and nothing else aside from a small storage cubby ahead of the gear selector. It’s an incredible waste of space. 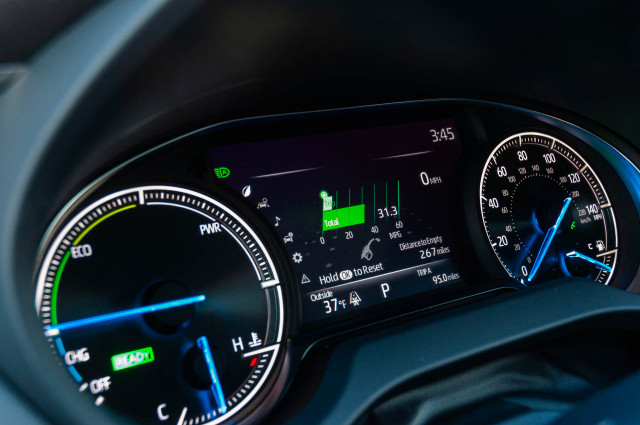 In an era where everything seems to have a digital gauge cluster, the ice-blue analog cluster in the Venza was a breath of fresh air. It’s readable at speed with a quick glance unlike the digital displays that hide vital info in so many modern cars. Kudos to you on the clean look, Toyota. Other automakers, more of this, please. 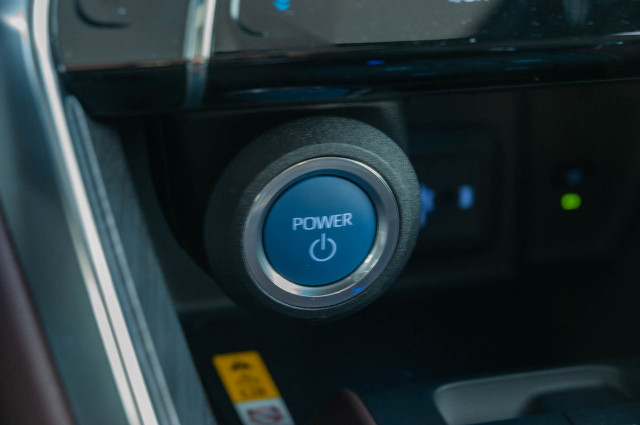 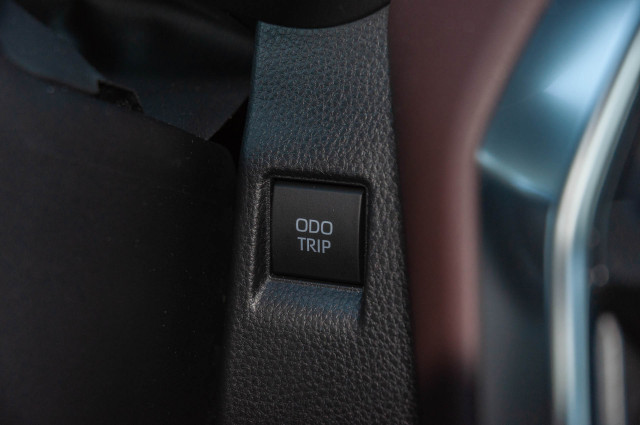 Miss: Location is everything

To the right of the dashboard where the push button start should be resides the trip computer button. The start button is mounted low on the left side of the small storage cubby in front of the gear selector. It’s an odd placement, takes up room in the already small storage space, and I constantly reset the trip computer because of the odd button placement. Why was it designed like this? Hit and Miss: Adequate power, but no V-6

In an era of electrification it makes sense that the Venza is only offered with a hybrid powertrain. Venzas are powered by a 2.5-liter inline-4 paired with three electric motors and a lithium-ion battery pack for a total output of 219 horsepower sent to all four wheels. The word adequate is best used to describe the system’s slushy acceleration off the line. It’ll be fine for most people, but for those who want this to be a third-generation Lexus RX with V-6 thrust will be disappointed. 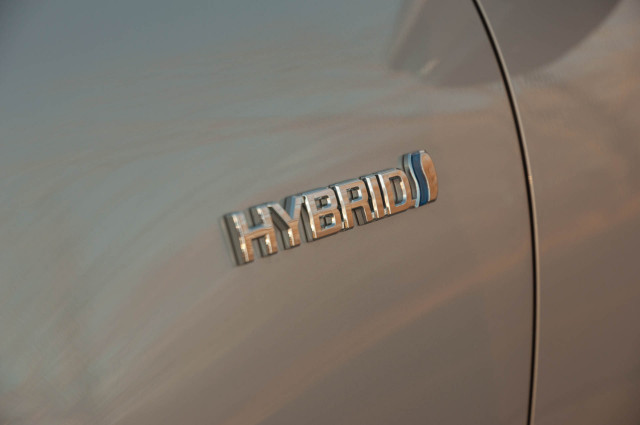 It might not have the power of a V-6 engine but it also doesn’t have the thirst. With EPA fuel economy ratings of 40 mpg city, 37 highway, and 39 combined, the Venza’s more fuel efficient than the current RX hybrid’s V-6 powertrain with EPA ratings of 31 mpg city, 28 highway, and 30 combined. Over the course of a week and about 100 miles of suburban driving, it averaged 31.3 mpg, according to the onboard trip computer. That’s lower than the EPA ratings, but it was also colder here in Minnesota with winter temps never reaching above 40 degrees. The cold did the battery pack no favors.

Today’s Lexus RX is larger, quieter, uglier, and far more complicated to use than the 2021 Toyota Venza. At $43,100 as tested and a base price of $33,590 the Venza offers a value proposition for those who feel the RX morphed into something that isn’t for them anymore, as long as they can move past the pokey powertrain and the lack of a premium dealership experience.