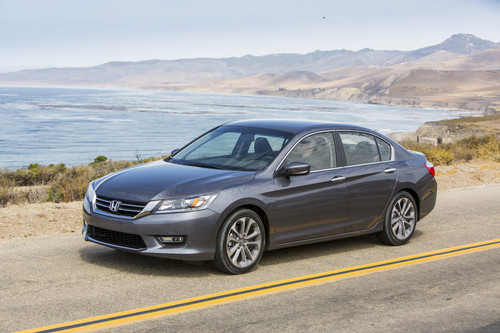 The NHTSA expanded a safety probe into more than 1.1 million Honda Accord mid-size sedans for a sudden loss of steering, according to a Reuters report published on Monday.

A safety probe, or open investigation, often precedes a recall as the safety agency gathers evidence and assesses complaints from vehicle owners and legal petitions. The first petition filed in October prompted the NHTSA to open an investigation in November 2020 for the 2013 Honda Accord.

The petition stated that “vehicles are experiencing a sudden loss of steering control as the vehicle veers from its intended path of travel…without warning while operating under normal conditions.”

The Office of Defects Investigation (ODI) found 107 instances of sudden loss of steering, resulting in two crashes and two injuries. The problem could be much larger. Of the 945 owner complaints listed on the NHTSA’s site, 237 of them are categorized as steering complaints. Multiple complaints per month as recently as April 27 claim the steering wheel will suddenly pull to the right or left, with greater steering difficulty at highway speed.

Many of the complaints cite a failure of the power steering, with one owner needing to use “brute force to get the car home.”

The ODI had investigated this issue before, from November 2014 to October 2015, but did not act on it because of a “low failure rate and a declining trend indicate that failures are rare.” The ODI investigated 57 complaints of loss of power steering in the 2013 Honda Accord, with a diagnostic trouble code identifying a “torque sensor failure.”

“Honda identified two manufacturing process conditions that may have affected the quality of some early production torque sensors,” according to the ODI report. “Analysis of warranty returns and manufacturing processes determined that a relatively small number of torque sensors were potentially affected by the conditions, which were corrected by the supplier (Bourns) relatively early in production.”

Or not. The ODI said that closing the investigation seven years ago does not mean that no defect exists, “or that power steering failures do not present an unreasonable risk to safety.”

The legal petitions cite that the 2013-2015 Honda Accord had a 3-year/36,000-mile warranty, and that warranty should be extended to a recall repair for the power steering issue.

2022 Honda Accord and redesigned Mitsubishi Outlander…

Survey Finds One in Three Americans Likely to Consider an EV…