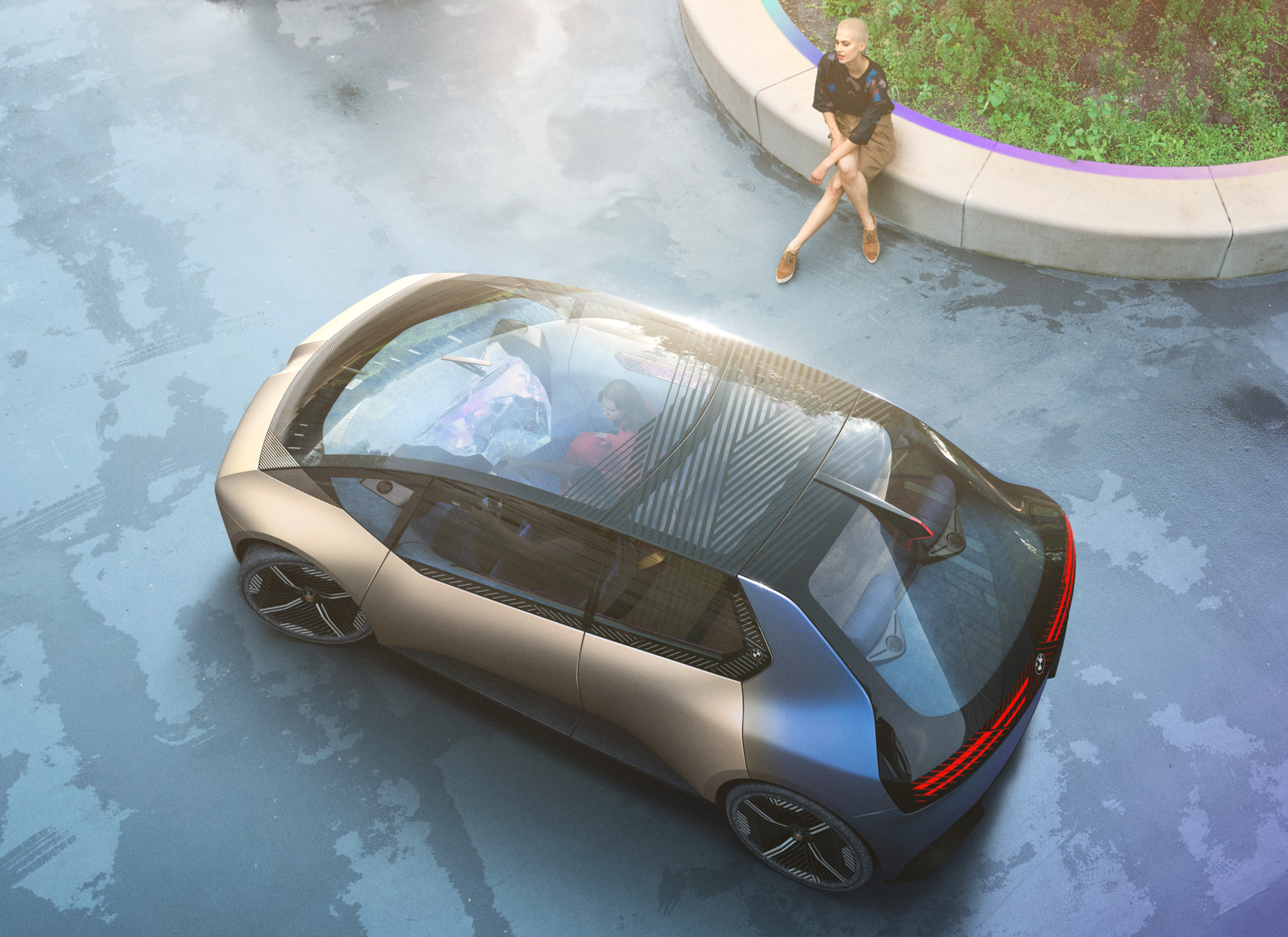 BMW envisions the compact EV around a circular economy. Hyundai teases its large electric SUV. And with a pop-up rooftop tent, you can skip the fretting about towing with your plug-in vehicle. This and more, here at Green Car Reports.

We tested a plug-in hybrid favorite, the 2021 Mitsubishi Outlander PHEV, equipped with a Roofnest Condor rooftop pop-up tent, and found the combination to be great go-light getaway gear instead of towing a trailer.

The BMW i Vision Circular concept, shown earlier this week, rethinks what a compact electric vehicle might look like in 2040, under “circular economy” principles that work to continually reuse materials. Some of the ideas from it might be put to use in BMW’s next-generation EVs, dubbed “Neue Klasse” and due to arrive starting around 2025.

As part of its announcements surrounding the Munich auto show this week, Hyundai teased its upcoming large electric SUV. The model is likely to be called Ioniq 7 and is potentially due to be produced in the U.S. around 2024.

And over at Motor Authority: See spy pics of the large electric sedan likely to be called ID.6 and borrowing some of its cues from the ID.Vizzion concepts.

Auto Lien Sale Fraud in Florida: What Every Lender Needs to Know

Survey Finds 58% of People Working Remotely Would Quit Their…