General Motors has announced a new advertising campaign centered around an “inflection point moment” it sees in electric vehicles.

The campaign, called “Everybody In,” coordinates with a comprehensive effort announced Friday to revamp the brand’s image, redesign the company’s logo, and signify that electric vehicles are a central focus for the company’s development and marketing efforts.

GM global CMO Deborah Wahl, who made the announcement, wouldn’t disclose the dollar amount of the campaign or marketing effort but said that it will “a significant part of our strategy moving forward.” 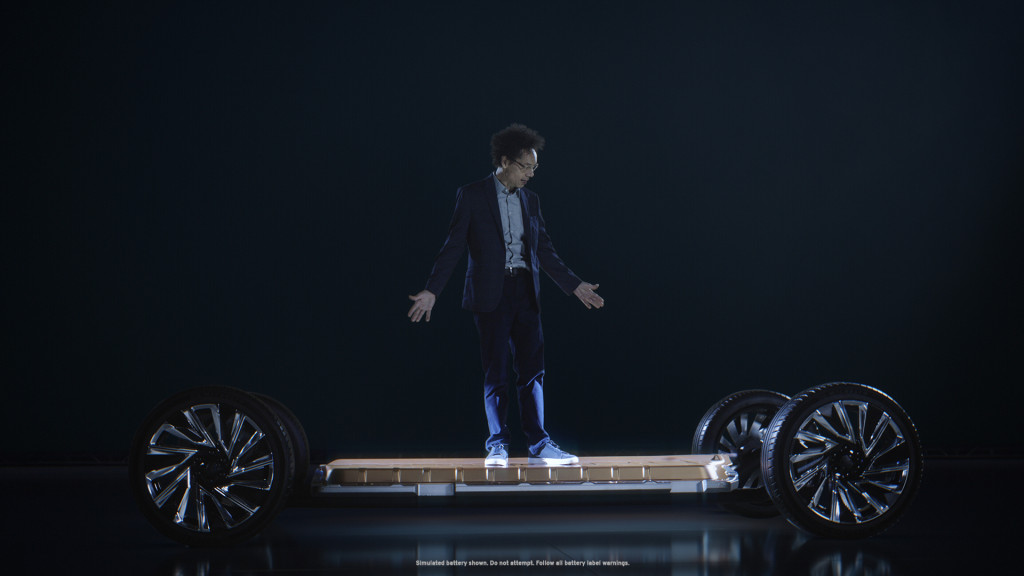 One ad features Malcolm Gladwell, the author of “The Tipping Point,” a pop-culture inflection point of its own and a mainstay for MBA candidates for the past couple decades. Others include professional surfer Bethany Hamilton, fitness instructor Cody Rigsby, and gamer Erin A. Simon. Campaigns for GM’s individual brands will continue under their own separate themes.

"Nobody will be left out," insists one of the ads, suggesting that GM will have an affordable vehicle soon after the $112,595 Hummer EV Edition 1 and Cadillac Lyriq that it's shown so far from the Ultium vehicle family. Wahl revealed nothing more about the availability of affordable models, but the campaign rollout precedes a series of announcements and discussions from the company at next week's Consumer Electronics Show, including one between Gladwell and GM president Mark Reuss.

The new logo will effectively replace the current brandmark on vehicles, signs, and materials, although the GM logo won’t necessarily be on every vehicle. It marks the most significant change to the GM logo since 1964, with a “negative space” around the ‘m’ that now looks more like a plug.

According to Wahl, the campaign will focus on three areas: exciting a new generation of buyers and accelerating adoption, demonstrating GM’s expertise in the field and the launch of 30 EVs globally by 2025, and showcasing the range and power of the Ultium platform.

The brand-identity project was led in-house, according to Wahl, and became a passion project within the company, although she credited McCann for help with the campaign.

What are your thoughts about these initial ads (we'll post them below as they become available)? Will they nudge a new crowd toward electric vehicles? Your comments are welcome below.

Tesla Self-Driving and Unintended Acceleration Not The Same Says NHTSA

How the Biden presidency will accelerate change to electric cars: 10 talking points