Every 2021 Full-Size SUV Ranked from Best to Worst

There aren’t many full-size SUVs left on the market. Most automakers have moved away from body-on-frame SUVs to unibody car-based crossovers. Non-American manufacturers were the first to make the change en masse. American automotive companies followed suit, but not as quickly. That’s why American models make up the majority of the full-size SUV options.

The full-size SUV has supplanted the minivan as the preferred choice for families. We tried to keep that in mind in our scoring, giving those aspects a little more weight than features geared simply to being a powerful workhorse. We rank 6 full-size SUVs from best to worst by combining their ratings on driving performance, standard features, design, and value. 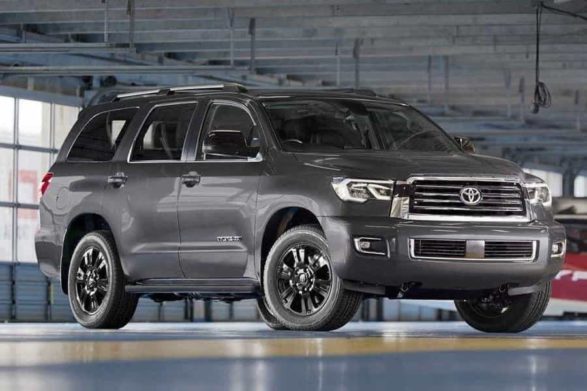 The current iteration of the Toyota Sequoia is an ancient one. It hasn’t seen a redesign since 2007. By 2022, when it is scheduled for a complete overhaul, the second generation of the Sequoia will have been around for a whopping 15 years. Honestly, that shows around the cabin, which features a dated design. Unlike other Toyota vehicles, the cabin materials are poor, the gas mileage isn’t great, and it won’t tow as much as competitors. It does have plenty of space, but we are asking more from the Sequoia to be a decent family hauler. 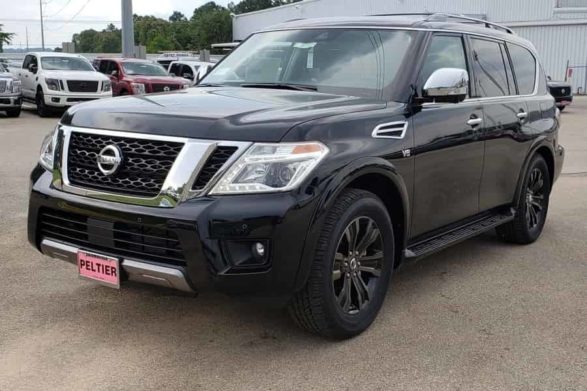 The Nissan Armada had a slight refresh in 2021. Thankfully, the center stack is more modern-looking than last year’s model. Most importantly, the faux plastic wood is gone, but it has been replaced by dark patterned plastic on the dash and center armrest that just doesn’t feel upscale for this price point. The Armada also has poor gas mileage ratings (though nothing is stellar in this class), and it has below-average cargo capacity for a full-size SUV. There are, however, powerful engine options to choose from. 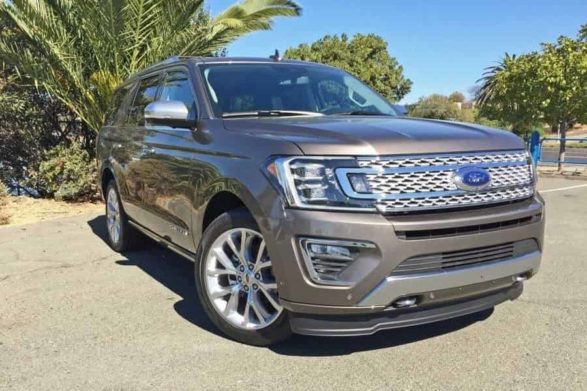 The Ford Expedition has robust engines and a spacious cabin, the interior of which is straightforward and classy. In the back, there’s a wealth of cargo space. The Expedition also has above-average reliability ratings. Like the Yukon and the Tahoe/Suburban, buyers can choose between a “Regular” and a “Max” option depending upon how much space they prefer. The Expedition Max is a foot longer than the regular option. It also has a higher towing capacity, besting the Yukon by around 800 pounds. On the downside, it has an overly stiff suspension and some unattractive plastic around the cabin. 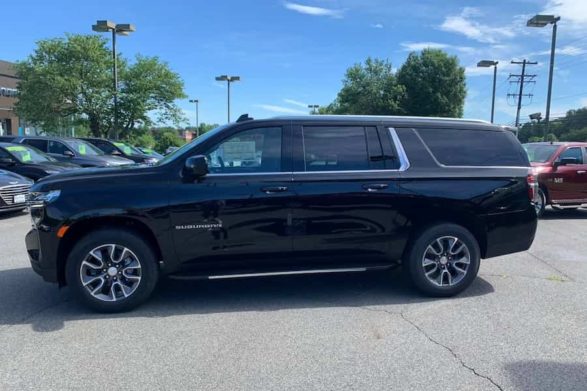 The Chevrolet Suburban is redesigned completely for 2021 (along with its cousins the Tahoe and the GMC Yukon). The Chevy Tahoe and Suburban share the same underpinnings with the only difference being a longer wheelbase. And if you’re in the market for a full-size SUV, why not go for the largest on the market?! It’s a bit more expensive than the Tahoe, but it also has a simply cavernous interior with seating for eight. There’s a powerful V8 engine along with a comfortable ride. A turbodiesel engine is now available. Plus, the 2021 Chevrolet Suburban has good reliability ratings as well. The downside is that it’s difficult to navigate tight city spaces. 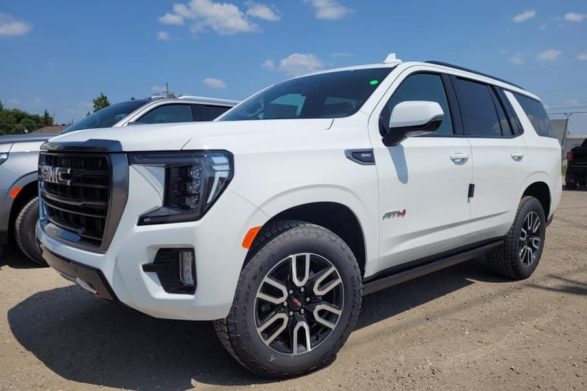 The 2021 Yukon looks brand new this year (like its GM cousins). The Yukon comes in two versions—the regular Yukon (mechanically similar to the Chevy Tahoe) and the Yukon XL (GMC’s variant of the Chevy Suburban). Obviously, if you prize cargo space, then opt for the XL. The regular Yukon’s 3-row is a little cramped in comparison. Otherwise, GMC offers an upscale cabin and a well-performing suspension that translates to a smooth ride. The value proposition is somewhat lost at the higher more expensive trims, though. 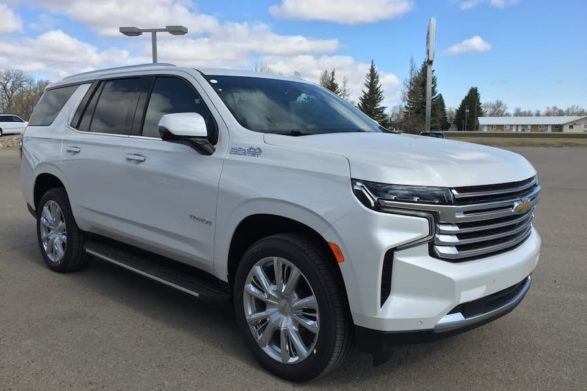 As has been said before, the 2021 Chevy Tahoe sports a brand-new design. The Tahoe squeaks ahead of its GMC cousin simply because of the lower price points. Sure the cabin is a little less luxurious, but not by much. You’re essentially getting the same Yukon at a better value. Among its high points, the Tahoe has a straightforward infotainment system, a powerful V8 engine, and a comfortably quiet ride. Chevy has two different nameplates for each wheelbase length, unlike GMC. Otherwise, the Tahoe and the Suburban are mechanical twins.