There’s nothing more American than a pickup truck. And with gas prices as low as they are, full-size trucks are selling like hotcakes.

It makes sense that American manufacturers dominate the list. More than any other category of vehicle, full-size truck buyers tend to pride themselves on “buying American-made.” Plus, American automakers have simply been making this vehicle style longer than anyone else. So they really know what they’re doing! There has been a slew of redesigns in recent years, so the truck wars are heating up!

These full-size bad boys are bigger and more powerful than ever. There are a few surprises this year, as some historically overlooked models have leap-frogged the competition!

We rank 6 full-size trucks from worst to best by combining their ratings on driving performance, standard features, design, and value. 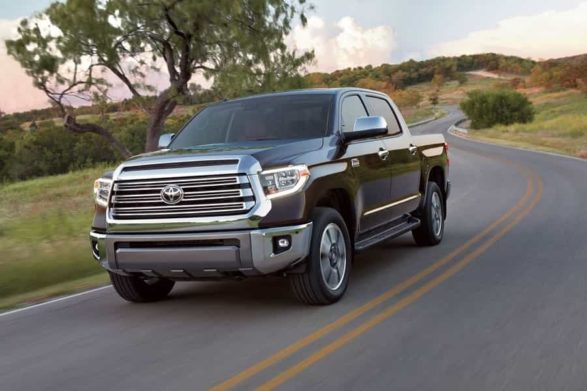 Toyota makes some good vehicles, but the Tundra is not their best. It has the predictably solid reliability ratings that we have come to expect from Toyota. There’s also a powerful V8 engine, something that seems to be more and more of a rarity in our environmentally friendly times. However, the interior of the Tundra is overdue for a refresh. Materials look cheap, and the design is dated. Everything just feels older than a brand-new 2019 vehicle should. Adjustments to the overly firm ride would also be appreciated. 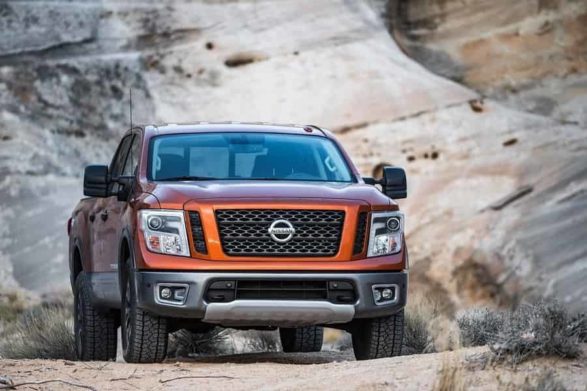 The only other non-America automaker on the list, Nissan slots in at #5 with its full-size offering: the Titan. It has a robust engine and is surprisingly nimble for a full-size truck. But it falls to the bottom of the pack thanks to lackluster towing capacity and cargo area. Apple CarPlay and Android Auto are new for 2019, and they couldn’t come soon enough because the infotainment system on the Titan is frankly frustrating. The less you are forced to interact with it, the better. 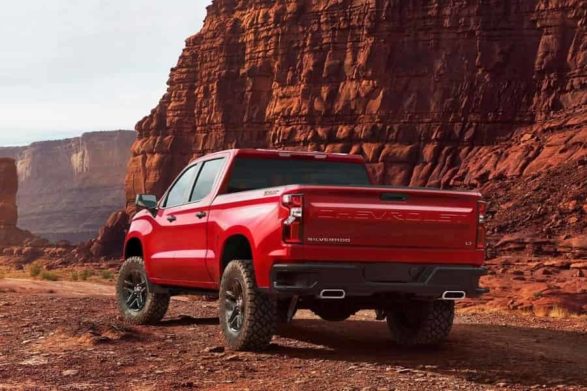 The 2019 Chevrolet Silverado has been fully redesigned from the ground up. The Chevy has some good things going for it, including comfortable seating space, stable and sure-footed handling, and an exciting lineup of various engines from which to choose. As is often the case with Chevrolet vehicles, some of the interior cabin materials aren’t as top-notch as those found on other competitors, especially for expensive price points.

We chose to place it lower than its mechanically similar cousin, the GMC Sierra, because we much prefer that exterior design to the oddly proportioned look of the Chevy. Sorry, Chevy. We know it’s a new face, but we aren’t the biggest fans. 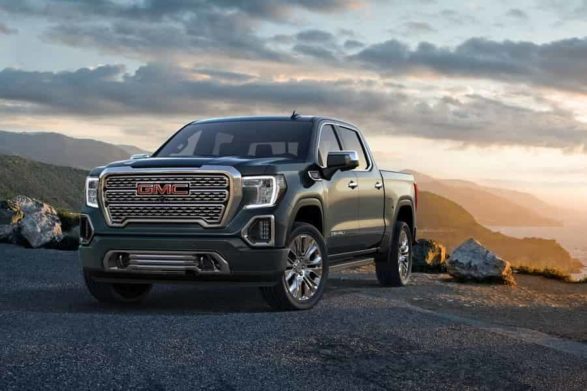 The 2019 GMC Sierra may have the same underpinnings as the Chevrolet Silverado, but we think the GMC is wrapped in a more winning exterior package. We’re big fans of the grille and C-shaped lights (especially compared to that body-colored insert under the Chevy’s headlight). The big talking point on the Chevy is the MultiPro Tailgate. This allows the tailgate to be repositioned six different ways for various uses. Is it a little gimmicky? Sure, but it actually is useful

Advertisement
! And it’s something that the Chevy doesn’t have.

If you can afford the higher price points for essentially the same vehicle, upgrade to the GMC. If not, you won’t be missing out on much by saving a few bucks and opting for the Chevy. 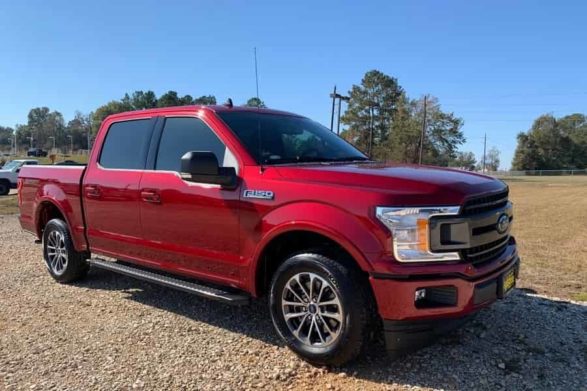 The Ford F-150 is the truck stalwart. It’s seemingly always been around, and it’s been the top-selling vehicle in the country for decades. The F-150 leads the class in towing capabilities, and it has a range of engine choices for buyers. New this model year is a high-output V6 on upper trims. And even if you’re not a truck person, you’re still guaranteed to drool over the Raptor trim. This year it was just nudged out of the top spot, surprisingly, mostly due to Ram’s revamped modern interior. The F-150’s interior isn’t bad by any means; it’s just not the new shiny thing in town. 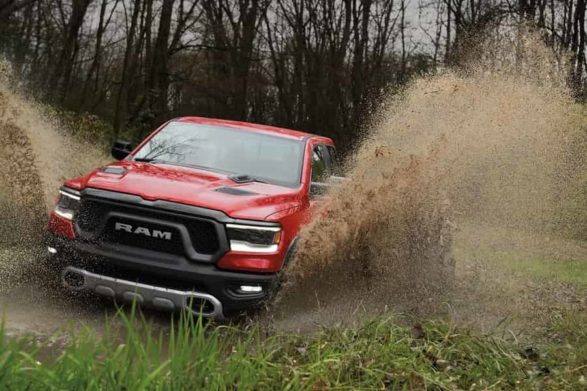 The Ram 1500 is often overlooked. It plays second fiddle to the Ford-Chevy truck wars that wage year after year, and often sits comfortably in third place when it comes to sales. But not this year. Ram has come out swinging with a boldly refreshed design and a modern cabin that features high-end finishes and a massive 12-inch vertical tablet-style touchscreen. The screen is well integrated into the dash so it doesn’t feel odd or out of place (like those cars where the screen sticks up above the dashboard). Great towing and hauling numbers and fuel economy ratings round out an impressive package. And thanks to some great sales deals, Ram jumped ahead of the Silverado in sales.

Every 2019 Hybrid & Electric SUV Ranked from Best to Worst

California hit a cumulative one million plug-in vehicles, as…

Volkswagen to pass on Passat, cease production of sedan by…