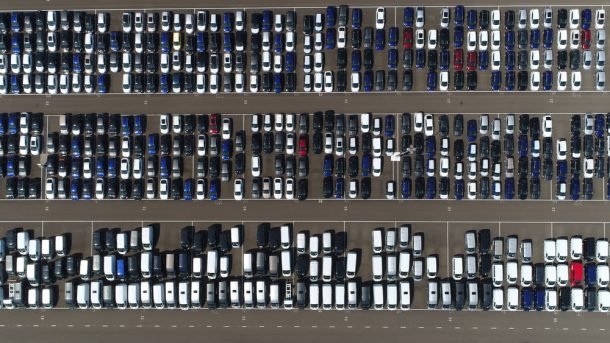 If you hadn’t already heard, Europe began taking actions to prepare itself for another pandemic-related lockdown. Last month, leadership in Germany and France noted that existing restrictions were “not enough anymore” and began issuing specific citizens “certificates” allowing them to move freely within the country. As you might have imagined, this didn’t exactly bolster automotive sales.

While most of the new restrictions were implemented at the tail end of October, they’ve foreshadowed additional measures introduced as more countries climbed aboard (like the UK’s second banning of sex with people from outside of the household) and began signaling that automotive sales were about to be routed. Gains made in September look to be completely undone, with Germany’s Federal Motor Transport Authority stating new-car registrations fell by 3.6 percent in October (vs 2019) on Wednesday. But that’s only the beginning of the bad news.

According to a recent market analysis conducted by Bloomberg, sales in Spain dropped by at least 20 percent, with France seeing a 10-percent decline in volume. Italy also saw modest declines that are likely to worsen as lockdown measures continue. The end result saw Bloomberg Intelligence analyst Michael Dean suggesting European car sales will drop by a full quarter this year, which is worse than previous estimates.

While the European Automobile Manufacturers Association won’t have the official numbers posted for almost two weeks, the prognosis is generally poor. State-funded loans and subsidies designed to spur EV adoption are assumed to soften the blow slightly but will be incapable of making a meaningful difference. The outlet has already signaled that it expects the end-of-year forecast to worsen as lockdowns continue.

While dealerships remain open in Germany, Chancellor Angela Merkel’s government has imposed a partial shutdown and is urging citizens to stay at home whenever possible. Austria, Greece and Portugal also have expanded limits for November, while Italy is restricting opening hours of businesses.

The curveball comes as most automakers had actually planned to increase production through the rest of 2020. Unless they’re similarly mandated to go home and wait for the government to change its mind, they’ll be churning out vehicles many people won’t be able to purchase. This could again totally disrupt automotive supply and demand, especially if restrictive measures last through the whole of winter.

Comments are closed, but trackbacks and pingbacks are open.

Hyundai to Electrify Its Genesis Lineup?