The 2022 Hyundai Santa Cruz small pickup truck shifts from concept to reality in the next year, along with a dozen other updated or new utility vehicles, Hyundai announced Monday.

Expected to be based on the redesigned 2022 Hyundai Tucson, the Santa Cruz will have a unibody construction like the Honda Ridgeline mid-size pickup, which is based on the Honda Pilot. It will be built in Hyundai’s Montgomery, Alabama, plant alongside the Santa Fe and Tuscon crossover SUVs and the Elantra and Sonata sedans.

Other details of the Santa Cruz have been scant, though we know it’s coming in 2021. Based on spy shots posted by our partners at Motor Authority, it looks smaller than the Ridgeline, Ford Ranger, Nissan Frontier, and Chevy Colorado and GMC Canyon. 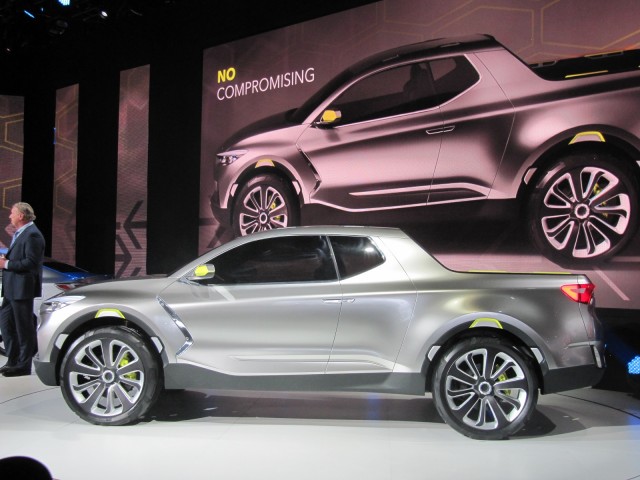 Launched as a concept at the 2015 Detroit Auto Show, the Santa Cruz “is for those who want all the traditional attributes of a compact utility vehicle, but need the day-to-day versatility of an open bed,” Hyundai said last year. Millennials and urban dwellers are the target audience.

Hyundai added that the Santa Cruz will be joined in the next 15 months by updated versions of the Tucson, Santa Fe, and Kona crossover SUVs, as well as a new Ioniq SUV. The Hyundai Ioniq compact hatchback can be had as a hybrid, plug-in hybrid, or full battery electric vehicle.

In addition to a new dedicated platform for the Ioniq SUV, Hyundai is electrifying the 2022 Tucson with a hybrid expected to get about 37 mpg combined and a plug-in hybrid version Hyundai says will get 28 miles of electric range. The Toyota RAV4 and Ford Escape compact crossovers are offered in hybrid and plug-in hybrid variants. 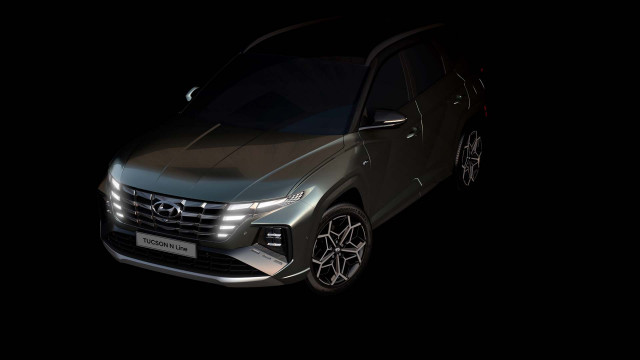 Hyundai also said more crossover SUVs will go the other way with N performance models. The Santa Cruz could get both electrified and amped up with an N line model. More details will be made available nearer the 2021 launch.