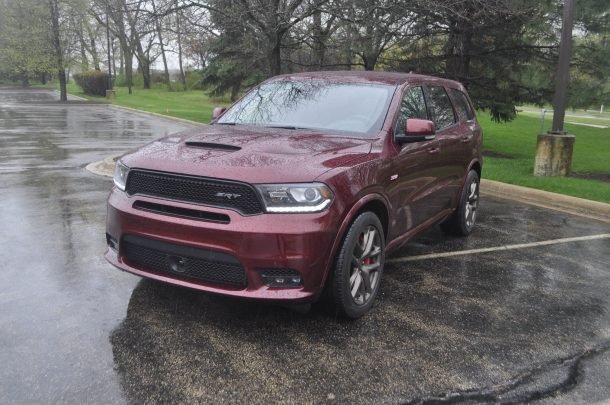 There’s a stereotype of the American tourist in Europe being loud, brash, crude, and rude – all while being what doctors would call “overweight.” It’s a popular trope to be mocked in pop culture – The Simpsons, Family Guy, and others have done it many, many times. I’m pretty sure both those two animated shows about buffoonish men and their families have hit on the theme in multiple episodes.

National Lampoon went there, too, in the ‘80s, with European Vacation, though Chevy Chase looked pretty skinny back then.

We can debate all day long if the stereotype is accurate and/or fair. What we can’t debate is that the 2020 Dodge Durango SRT 392 fits all of those descriptors listed above in the lede.

It’s large. It’s loud, especially when the 6.4-liter Hemi V8 is summoned by a heavy right foot. It’s brash – the grille is quite in your face. It’s crude – try a long drive over bumpy pavement and see how your back feels. It’s rude – see above, where I discussed the Hemi and its way of making its presence known to all within earshot.

And it’s built by an American brand – no matter how deeply Fiat and soon Peugeot are involved, Dodge is as American as the Griswolds (I’d have said apple pie, baseball, or hot dogs, but well, you know). And large V8-powered SUVs are practically built for our comparatively more wide-open spaces. 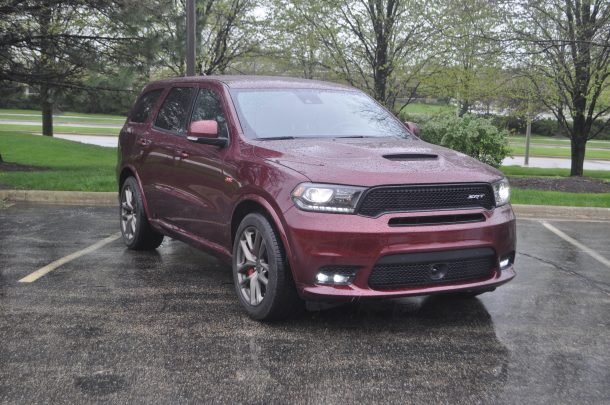 Four-hundred and seventy-five horsepower and 470 lb-ft of torque help to smooth a lot of rough edges, and that’s the case here. Most people could get by with the 360/390 of the 5.7-liter V8 that’s standard in R/T models and optional on Citadels, or even the 293/260 of the V6 from lower trims. But it’s stupid fun to summon the Hemi when you need to pass or merge, and the 5,510-pound curb weight suddenly seems svelte.

All those ponies get to the all-wheel-drive system via an eight-speed automatic transmission.

That all-wheel-drive system and a suspension that’s tuned for sport and includes adaptive damping help the Durango SRT handle about as well as vehicle of its size and heft can be expected to handle. The downside is the ride is stiff , almost punishing on particularly bad pavement. It’s a tad rough, even with adaptive damping. It’s comfortable enough on highway surfaces that have been well-maintained – I had no issue with it on suburban Chicago’s better-maintained interstates. 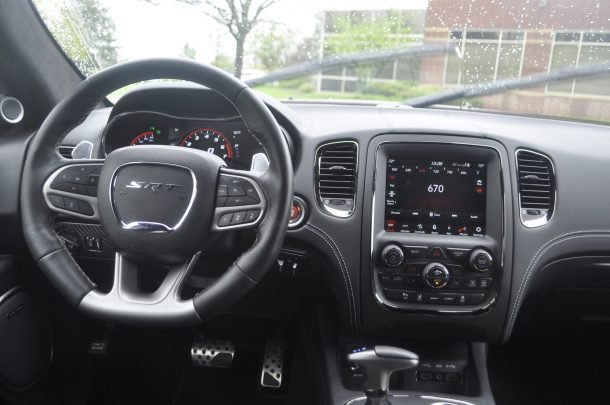 Unfortunately, those roads are few and far between (and tend to be toll-supported). The freeways that haven’t been as well kept frustrated me, and even a low-speed pass through a pock-marked parking lot jarred me and a passenger fairly rudely. There’s that “r” word again, this time in adverb form.

At least the stiff ride is the worst/most noticeable flaw, and the only real issue when it comes to comfort. As noted, the ride is far more tolerable over decent pavement, and the Hemi fades into the background unless you call it to the fore. The eight-speed behaves better than FCA’s accursed nine-speed gearbox. The cabin has the usual Dodge setup of big, user-friendly knobs and large touch screen (8.4 inches in this case, which doesn’t sound large compared to what’s being launched on some vehicles this year, but it’s large enough to work well). That touchscreen includes FCA’s generally excellent UConnect infotainment system, and the performance pages that let you get more insight into what’s going on with the key systems when driving hard, as well as allow you to time speed runs.

It’s a pleasant place to attend to the business of driving, and slapping an SRT badge on the body and dropping an SRT-approved engine into the bay doesn’t change that. 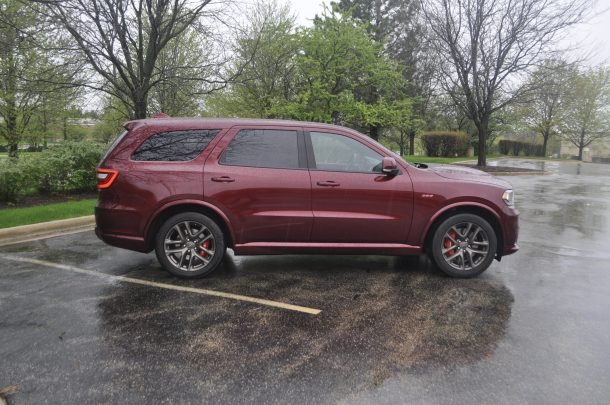 Really, the only true sacrifice you make for being an SRT buyer is the ride penalty and the fuel economy, which, oy. That latter is a dismal 13 mpg city/19 mpg highway/15 mpg combined. Not surprising, but definitely not great, Bob.

Well, there’s one other thing you sacrifice: Your hard-earned dough. Sixty-two large to get in the door. Actually, a fin short of $63K, at $62,995. 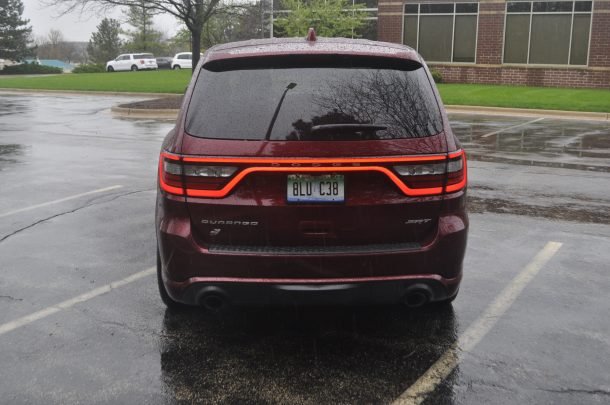 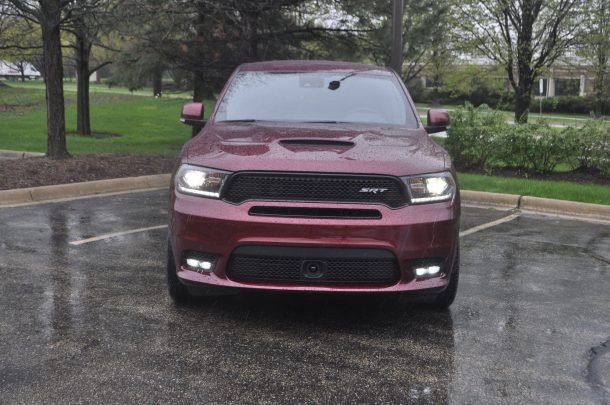 To those who worry that such a vehicle makes them look rude, crude, and loud, I say, if you have the means, go for it. As long as you can stomach the stiff ride and the high fuel bills, you’ll be driving the Hemi of three-row crossovers. And passing with glee.

Sometimes it’s OK to embody and embrace the loud American stereotype. This is one of those times.

Ford Trademarks ‘Mach E’ – You Know It’ll Be a Crossover

Lincoln Promises ‘Elegant’ EVs, but Will They be Visible?

Worried About Recalls? The NHTSA Has an App for That

Genesis Hits the Partial Reset Button As It Awaits 2019…

From City Slicker to Country Boy: 2021 Honda Ridgeline Gets…