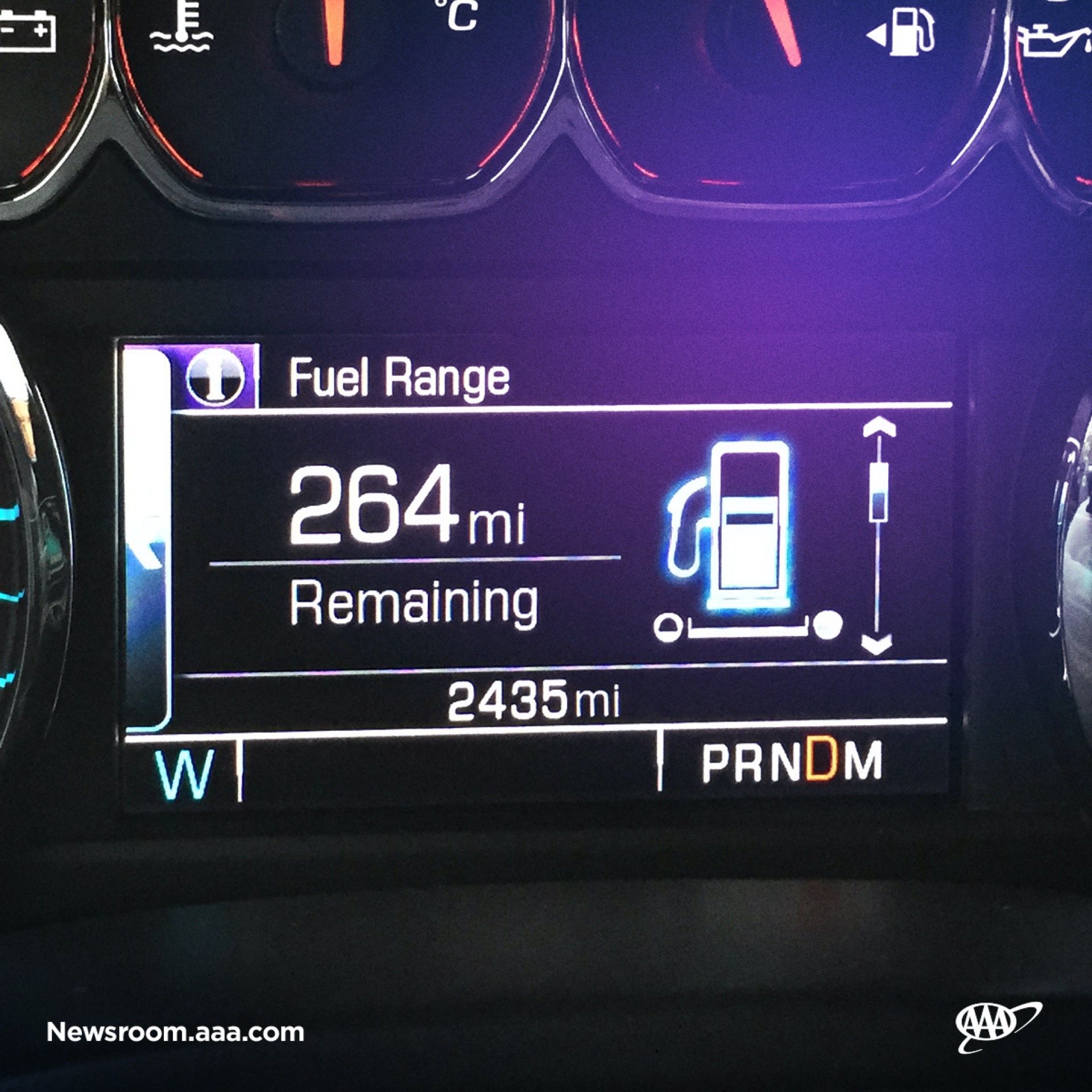 Fuel economy displays in vehicles and “miles to empty” alerts can vary widely from real world usage, according to a new study by the AAA and Automotive Research Center published this week.

The inaccuracies spread to miles-to-empty displays that estimate how many miles you can drive before the tank runs dry. The variances could cause problems for motorists trying to squeeze every mile out of a tank of gas with gas prices reaching a near seven-year high of $3.16 nationally, with California averaging a national high of $4.36, according to the AAA.

“People want to get the most out of a tank of gas, especially when prices are higher,” Megan McKernan, manager of the Automotive Research Center, said in a statement. “Collectively, the systems we tested were relatively accurate, but a closer examination of different driving scenarios revealed significant variability based on changes in speed, acceleration and distance.”

The different driving scenarios ranged from highway cruising to urban traffic, AAA said. The “relatively accurate” meters had a margin of error of 2.3%, which is small when you consider how driving behavior and other factors affect fuel economy. Frequent hard acceleration or hard braking takes a toll on fuel economy, as does traveling with heavier loads from added passengers and gear. Having the proper tire pressure optimizes fuel efficiency. Factors beyond a driver’s control such as wind, weather, elevation changes, and altitude also affect fuel economy.

Since most drivers don’t have access to a dynamometer or other instrument testing, one simple test to measure fuel economy accuracy comes from our partners at Green Car Reports. Using interstate mile markers, compare a 10-mile stretch of interstate against the car’s trip meter to determine if it is accurately measuring the right distance. If the odometer or trip meter reads 9.5 miles but the vehicle went 10 miles as measured by interstate mile markers, then the meters are off by a ratio of .95 (9.5/10). If a trip computer says the vehicle has averaged 30 mpg, multiply it by the ratio to get the real, accurate mpg, so in this case it would be .95 x 30 mpg = 28.5 mpg.

Yes, there’s more to it, but with precise computer-monitored air and fuel metering, odometers are the main culprit; they’re allowed to be off in new vehicles, by SAE guidance, by as much as 4%.

The shorthand version without math is to not wait until the fuel light comes on in the car, or to play it conservative with the miles-to-empty display. AAA advises to refill at a quarter tank.