Volkswagen on Tuesday announced a “New Auto” strategy that aims to consolidate future electric cars onto a single platform, and calls for increased emphasis on software and the development of autonomous-driving tech.

By the end of the decade, VW expects most of its portfolio to to be made up of electric vehicles, and most of those will eventually be based on a new platform called SSP (Scalable Systems Platform). SSP will replace the current MQB, MSB, and MLB platforms for internal-combustion vehicles, as well as the recently-introduced MEB and upcoming PPE EV platforms.

SSP will also be shared with other automakers, something VW is already doing with the MEB platform. MEB is slated to be used by Ford for an upcoming European-market EV, and was considered for the Fisker Ocean, before Fisker switched to a platform from automotive supplier Magna. 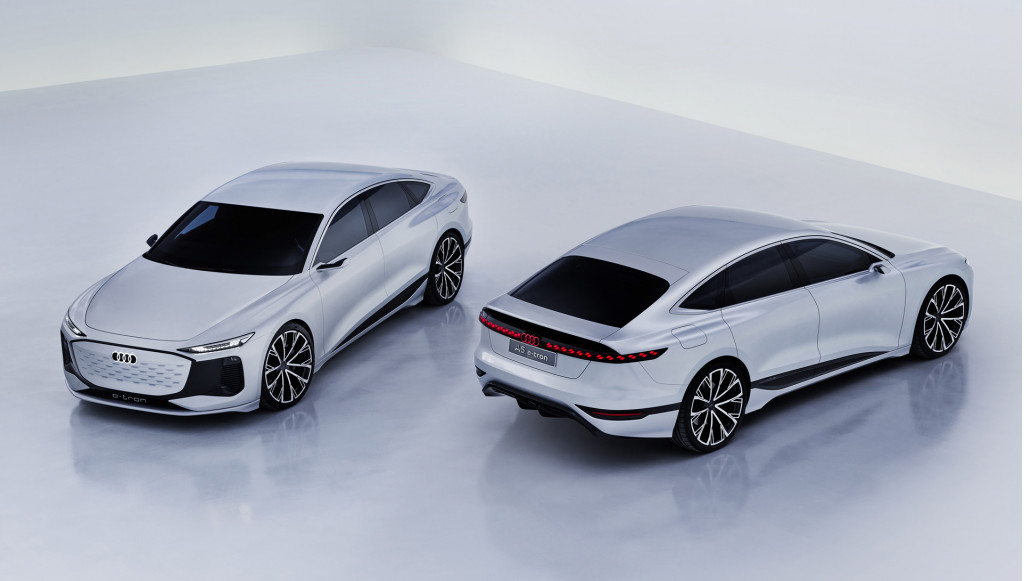 The aim of a single unified EV platform is to cut costs and complexity, but could be a big ask given the sheer number of brands and models under the VW Group portfolio.

It’s also a bit odd to already be noting what replaces the PPE platform, before that platform has even been introduced. That’s due to form the basis for the electric Porsche Macan, Audi A6, and more.

Similarly, it’s a bit early to be discussing what comes after the MEB platform, which underpins mass-market EVs like the VW ID family. VW is planning to build about 15 million vehicles on MEB, with that platform expected to extend into the 2030s.

The first SSP-based electric car—expected to be a VW model codenamed Project Trinity—will launch in 2026. VW expects to build 40 million vehicles on SSP during the platform’s lifetime.

Teaser for Volkswagen Project Trinity due in 2026

VW’s Power Day earlier this year was focused around how it planned to scale up battery supply to enable its EV shift. Solid-state tech is likely to be part of that starting later in the decade, with a “prismatic unified cell” due to be launched in 2023 and installed in 80% of VW Group EVs by 2030.

VW is also aiming for standardization in software, but that might not be realized until the middle of the decade. The automaker said a new tech division called Cariad will launch a unified, scalable software platform in 2025. That will enable more over-the-air (OTA) updates, which could be used to generate revenue by charging customers for features.

Autonomous driving is part of the plan, too, both for shared vehicles in mobility services and private cars; but that depends on the maturation of the technology.