Vinfast prices 2023 VF 8 and VF 9 around mandatory battery leasing: Here’s how it works

At the New York auto show last week, Vinfast released updated pricing information for both of its forthcoming VF 8 and VF 9 electric SUVs and offered new details on its battery subscription program, which will be the first of its kind for the U.S. market.

The battery subscription program will be offered in lieu of a battery warranty, which is offered by every other EV automaker currently. It functions in a similar way, replacing the entire pack if the battery dips below a certain charging capacity threshold (70% in this case), and Vinfast is responsible for maintenance and battery repair costs along the way.

This does in theory pass the long-term cost of the pack to the company, as when you buy a Vinfast vehicle you’re required to lease the battery. How that affects retail and residual values, as well as insurance costs, remains to be seen. 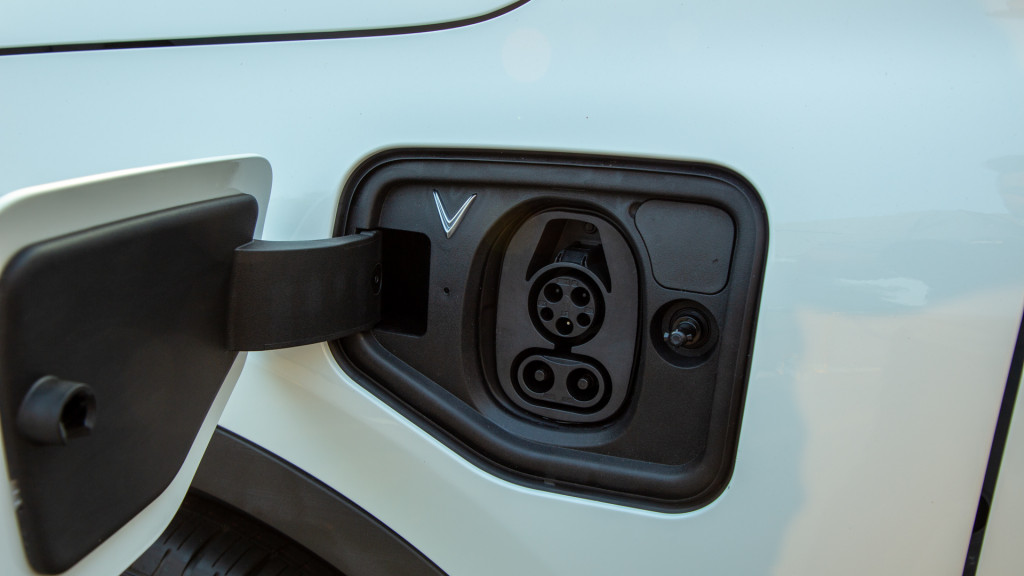 There will be two different battery plans available, called Flexible and Fixed, designed for different customers with varied mileage needs. The Flexible plan costs $35/month for the two-row VF 8 and $44/month for the three-row VF 9 and covers 310 miles, with an overage charge per mile of $0.11 for the VF 8 and $0.15 for the VF 9. If the vehicle is sold, the subscription policy is transferred to the new owner.

For the Fixed subscription, there are no mileage caps and it will cost $110/month for the VF 8 and $160/month for the VF 9. That means if you own a VF 8, you would need to drive 681 miles per month to make on the Flexible plan to reach the cost of the Fixed plan. In the VF 9 that threshold is 773 miles. If you plan on using the vehicle daily or to commute, that makes the larger plan a no brainer but if not the math is fuzzier. This makes the subscription plan feel like old-school cell phone plans where you’d have to try to figure out how many texts you could send and how much phone time you used each month. Those plans faded out eventually in favor of more consumer friendly unlimited plans, and our guess is that something like that will happen here as well.

These subscription costs are significant over time, for the more expensive plans it adds well over $1,000 per year to ownership costs. Granted, the costs of the VF 8 and VF 9 relative to the competition are low, but this does eat into those savings throughout the life of the vehicle.

Vinfast says that this program is mandatory for VF 8 or VF 9 ownership, but it’s effectively a stopgap solution. Starting as soon as 2024, the company hopes to adjust the program so ownership of the battery is split 50/50 between the car owner and the company. But it did not provide details on how much that would change the subscription cost and mileage rates.

One other piece to note: Vinfast also indicated that if you make a vehicle reservation and deposit for either vehicle in 2022, the Fixed plan will be offered for the same rate over the life of the vehicle. That’s good, but it does also imply that for other buyers the price of the subscription is subject to change. In addition to the subscription details, Vinfast also released more pricing details for both vehicles. The company is holding to its aggressive timeline of beginning deliveries of both the VF 8 and VF 9 by the end of the year, even though we have yet to see fully realized prototypes of the larger vehicle where the doors open.

Both vehicles will be offered in Eco and Plus versions, though the trim levels have nothing to do with the battery sizes as the name might suggest. The Eco models are less luxurious with synthetic leather and a less powerful sound system, but have the same 15.6-inch infotainment screen and head-up display according to the official spec sheets for the VF 8. It appears that both will feature standard dual-motor all-wheel drive and be offered with a pair of battery options, one with 82.7 kwh of usable capacity and an extended version with 87.0 kwh.

For the larger VF 9 we don’t have detailed battery capacity specifications, but going off of the estimated ranges, the gap seems to be even larger than the difference in capacity. Vinfast lists an estimated 272 miles of range for the VF 9 Eco with the smaller battery, but 369 miles of range with the larger. In the VF 9 Plus those figures drop slightly to 262 miles and 360 miles. It’s hard to figure out why the two battery versions are priced so closely given the difference in range. It could be because the company assumes those buying the larger pack will drive more miles and go for the more expensive battery subscription, so it will recoup the difference in that way. Or that the larger packs will come from Vinfast’s battery factory, which will begin to ramp up production in September, and pushing consumers towards models with that pack is a better play for the company.

I had an opportunity to test drive a prototype of the VF 8 in Vietnam last week (more on that to come) and there’s still a long way for the company to go to get that vehicle ready for primetime. We also aren’t sure how consumers will react to a battery subscription program, given that none currently exists here. And there may be plenty of other general consumer-rights questions that likely need to be answered if Vinfast is going to hit its ambitious targets (including U.S. assembly) and put its vehicles on U.S. roads later this year.

Biden meeting with Musk and other CEOs notes “broad…