Toyota claims the 2021 Mirai fuel-cell car cleans the air, calls it “minus emissions”

Hydrogen fuel-cell vehicles produce only water vapor as emissions—water that could in theory be filtered and made potable.

While that’s been the memorable party-trick of fuel-cell presentations over many years—well, that and some creative billboards—the lack of combustion gases being carried through the tailpipe creates a unique opportunity—one that Toyota is eager to note it’s taken advantage of in the new 2021 Mirai. 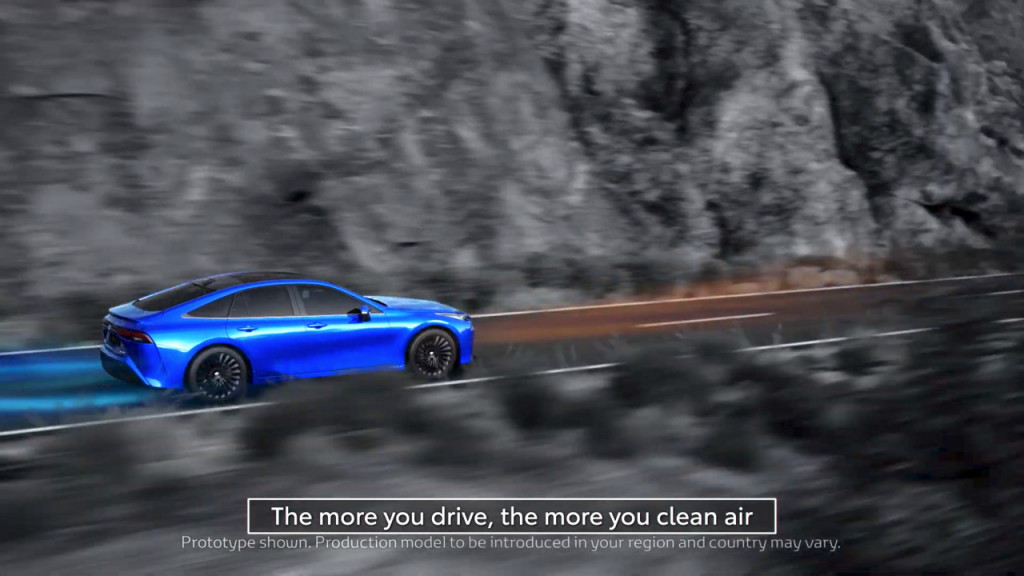 Put simply: Toyota claims that the Mirai cleans the air as you drive.

Fuel cells harness a chemical reaction between oxygen and hydrogen, yielding electricity, water vapor, and waste heat. The Mirai and other fuel-cell vehicles need to take in substantial amounts of ambient air, cycling it through the membranes of the system’s stack, where the oxygen is used for the reaction, and funneling it back out.

It’s a net positive—both for the longevity of the fuel cells and for the environment in general—to filter that air obsessively. In the 2021 Toyota Mirai, the air gets cleaned up through a two-stage PM2.5 particulate filter that removes dust, pollen and some “noxious chemicals,” according to Toyota. The first stage is a catalyst filter that can attract and neutralize sulfur dioxide, nitrogen dioxide, and ammonia, then the second stage is an electrostatically charged paper-and-fabric filter that captures microscopic pollutants.

Toyota says that the combination of a special air-cleaning fabric captures fine particles as small as PM2.5, then a chemical filter removes harmful chemical substances in the air and further suppresses PM2.5 particulates. The company told Green Car Reports that the system is claimed to be effective in removing 94% to 99.7% of particulates between 0.3 and 2.5 microns as well. 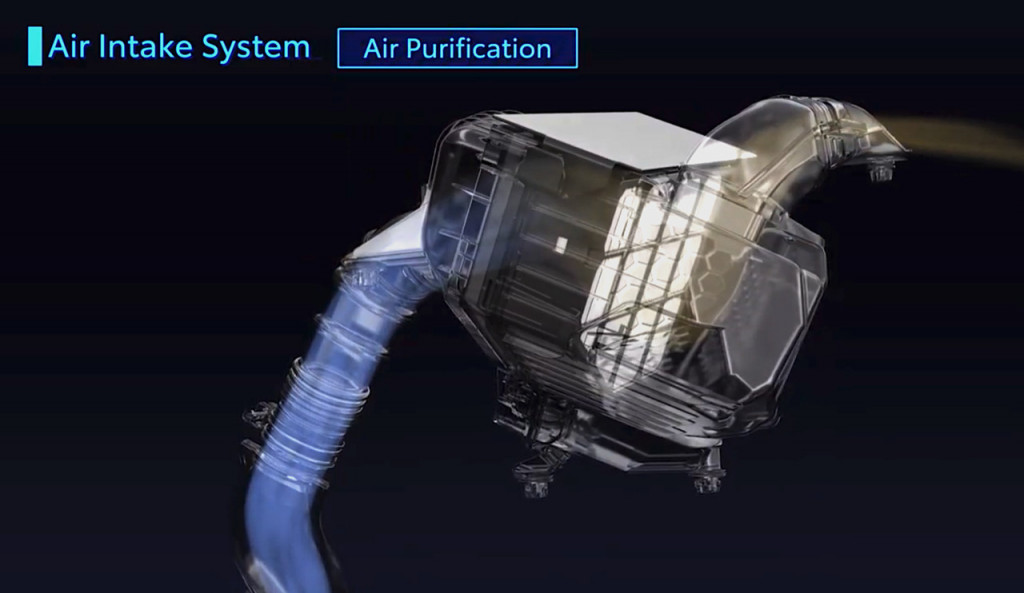 The effect is what Toyota is terming “minus emissions.” According to the automaker, more driving means cleaner air.

In a recent drive of the vastly improved and better-looking 2021 Mirai, my test car showed that over 1,351 miles covered it had cleaned 1457 kL (kiloliters) of air—roughly 48,000 cubic feet. That’s less air taken in than the typical internal combustion engine, nevertheless a significant amount. 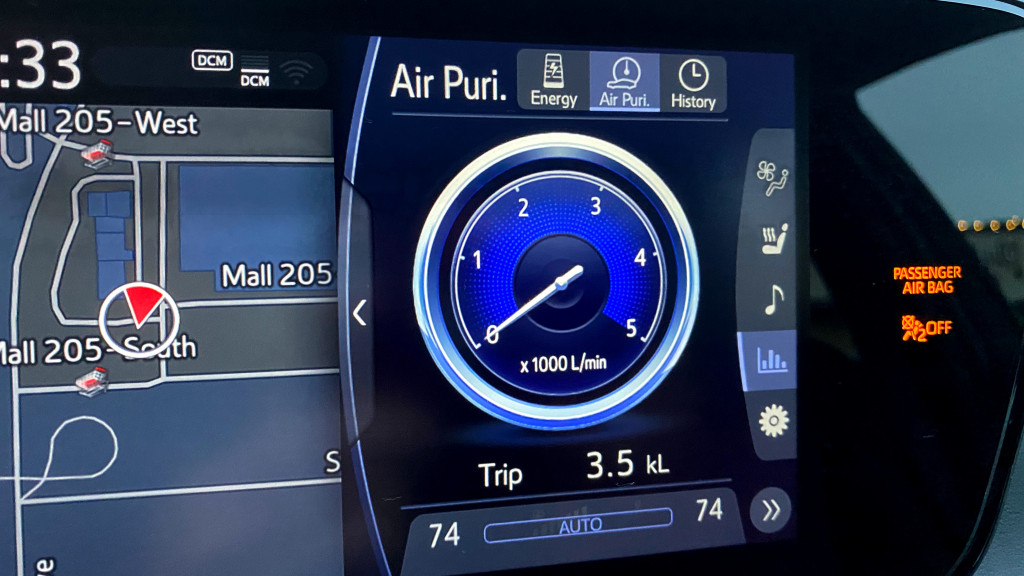 The air purification is illustrated in the Mirai’s infotainment screen in an offshoot of its efficiency displays.

Toyota cautions that the actual amount of air may differ because the required amount of air changes with power-generation needs and driving conditions like climate and altitude.

Of course there’s a very big “if” attached to this, and we’d be remiss in not mentioning it. Very little of the hydrogen used for fueling vehicles in the U.S. is “green” hydrogen—that’s using renewable energy to power the electrolysis of water. Most hydrogen is sourced through steam methane reformation, with natural gas—not such a carbon-friendly process, and not without air emissions of its own.

There’s definitely hope for the near future. But as for “minus emissions?” It might be time to recalculate given the current reality.

Helpful Guidance For a More Personalized and ADA-Compliant…