Subaru's much-discussed electric crossover still appears to be on track, based on comments by the automaker's CEO.

Tomomi Nakamura mentioned the EV again in a (Japanese-language) interview this Reuters last month, discussing the automaker's sales results. He said Subaru leadership is concerned about California's ban on sales of new gasoline and diesel cars by 2035.

Subaru is very dependent on the U.S. market and is aiming for 650,000 U.S. sales next year, up from about 600,000 this year—and a fully electric vehicle might potentially be part of that.

The company is aiming to go all hybrid and EV by the mid-2030s, but may need to accelerate that plan to account for the 2035 California rule. 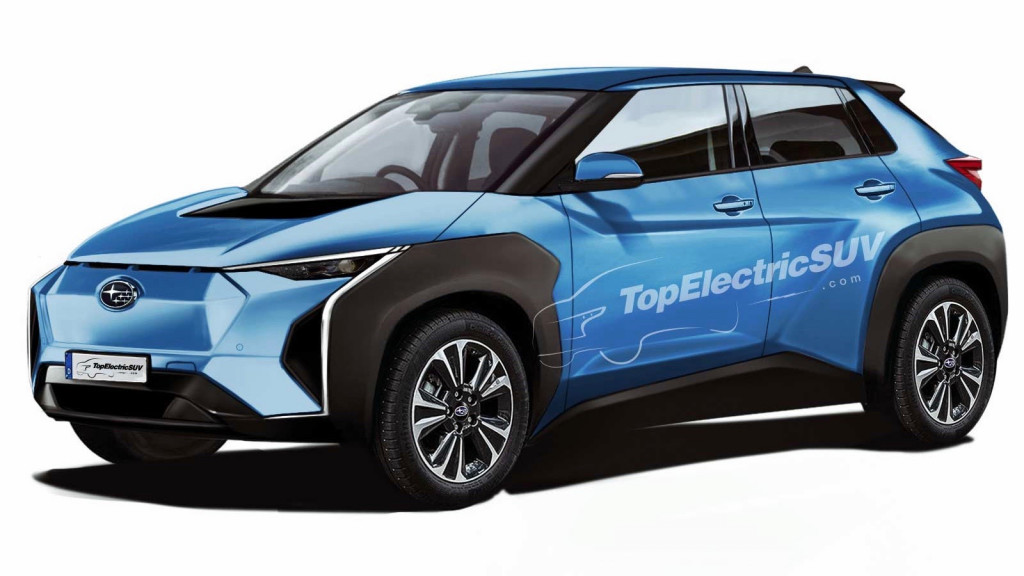 As depicted by the rendering embedded in this article, GCR friends at TopElectricSUV.com predict the Subaru electric crossover will be similar in execution to the Volkswagen ID.4 and Nissan Ariya, and could sport sharp-edged styling from recent Subaru concept cars.

The crossover will be co-developed with Toyota, which is expected to get its own version. The two automakers announced the joint effort in June 2019, then broadened the partnership to include autonomous-driving tech, as well as second-generation versions of the Subaru BRZ and Toyota 86 sports cars—products of a previous collaboration between the two automakers.

So far, Subaru's only plug-in vehicle for the United States is the Crosstrek Hybrid, which uses a Toyota-derived hybrid system. It gets an EPA-rated 35 mpg combined in hybrid mode and 90 MPGe combined in electric mode, with 17 miles of electric range.

A 2021 Subaru Crosstrek Hybrid hasn't been discussed alongside 2021-model-year updates for the gasoline Crosstrek, but it's likely on the way.

Hyundai exec: Fuel-cell tech might be smarter than big batteries in electric pickups and SUVs

Lebanon Ford Still at It, Offers 800 HP Mustang Hellion for…