Mark this moment as the turning point in Volkswagen’s history. The iconic Beetle is the past and the ID.4 foretells VW’s future.

The electric crossover SUV is arguably the people’s EV with a base price of $41,190, a 250-mile range, and a roomy design.

With a TCC Rating of 7.0 out of 10, the 2021 Volkswagen ID.4 delights with its integration of Apple CarPlay, futuristic design, solid build quality, and comfortable seats. But it disappoints with a frustrating user interface, a weak regenerative braking system, the lack of a frunk, and a few puzzling hardware decisions.

I spent a week with the 2021 Volkswagen ID.4 Pro S hauling the kids around town and living my daily dad life to find where this new electric crossover hits and misses. Here’s what I learned. Hit: The ID.4 evolves VW design for the future

The ID.4 isn’t a massive leap forward in terms of design for Volkswagen, but it’s sharper than other, plainer VWs. A strip of LED lighting spans both the front and rear ends, creating symmetry between the head- and taillights. Inside the design is simple with only a few capacitive controls, a 12.0-inch touchscreen, and a 5.3-inch digital gauge cluster. A strip of LED lighting spans the dashboard at the base of the windshield to provide both ambient interior lighting at night and to also act as a charging status indicator that pulses and glows as the battery charges. It’s not Tesla Model 3 and Y simple as key functionality has been retained with a few buttons, switches, and knobs. 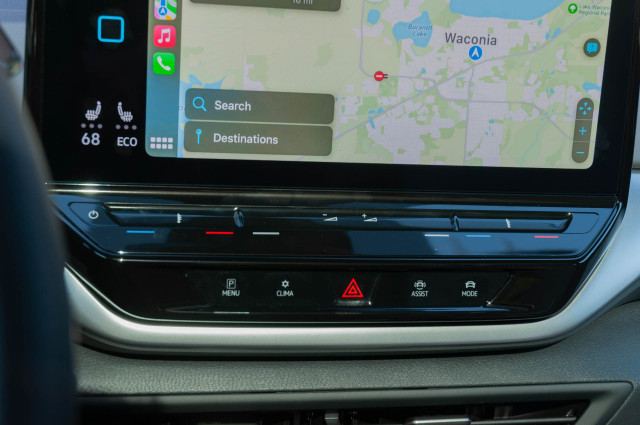 Miss: The controls are a mess

VW’s entering its touch-sensitive control era and it’s already something to complain about. The temperature controls for the cabin required, at times, multiple taps to register an input. The radio volume control is a capacitive slider that isn’t backlit at night. I learned this one night when I accidentally cranked the volume up after swim lessons and my family screamed at me. 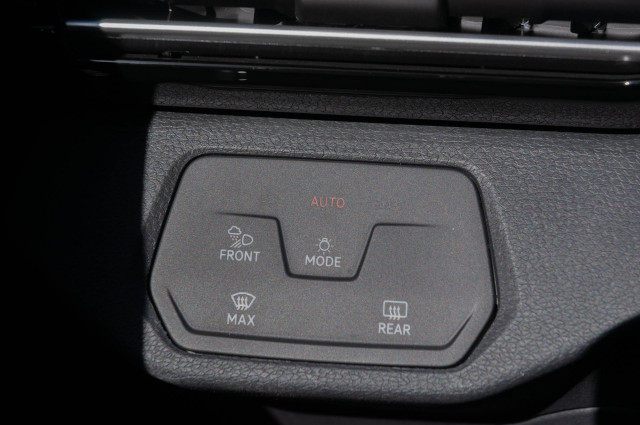 The ID.4 might have one of the single best implementations of Apple CarPlay to date for those who use Apple Maps. The system integrates Apple Maps’ navigation into the 5.3-inch digital driver display. Every other car I’ve tested with Apple CarPlay only integrates the vehicle’s onboard navigation system into the gauge cluster, so the ID.4 makes Apple CarPlay feel more integrated into the vehicle. It also means that despite lacking the ability to split-screen the infotainment system, the driver can view directions via Apple Maps’ navigation system while using another screen on the infotainment system. This functionality only works with Apple Maps, and doesn’t work with Google Maps, Waze, or other third-party navigation apps in my testing. 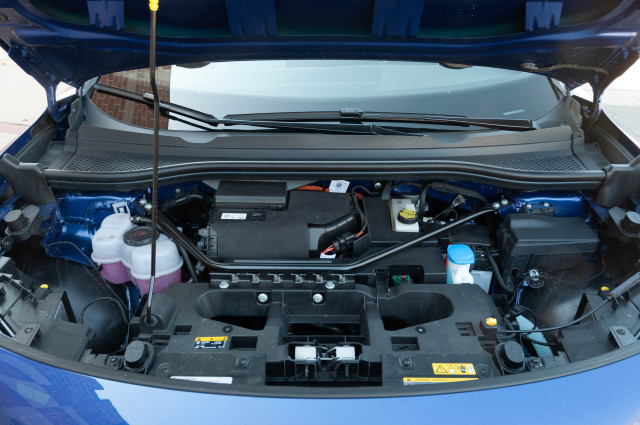 Miss: No junk in the frunk

Open the hood, which does open, and surprise! There’s a mess of stuff that if one didn’t know better they’d think the ID.4 had an engine under its hood. It’s not an engine, but rather VW’s packaged the onboard charger, climate control system, and other system components where a cargo hold would typically sit in other EVs. There’s no frunk. VW said the decision was made to free up footwell and cabin space in front to give the ID.4 an airer feel, but in an era of Tesla the lack of a frunk feels like a packaging misstep. Hit: Balanced and tight to provide a smile

The ID.4 delivers great handling and a balanced feel when pushed on quick on-ramps and twisty roads. The nicely weighted steering tracks well on the highway, and while it doesn’t provide a ton of feedback, it doesn’t feel completely disconnected. The front struts and multi-link rear suspension deliver a Golf-like ride that is firm, but never harsh, and the 19-inch alloy wheels never come crashing down after a Midwest pothole or expansion joint. 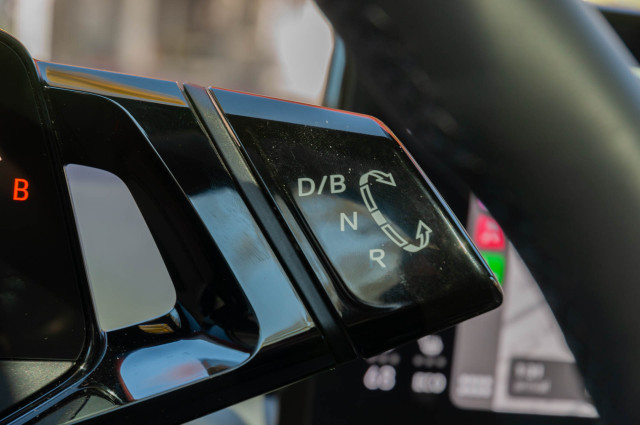 Miss: Weak regen and slower than everything else

Don’t plan on one-pedal driving the ID.4, because the regenerative braking in B mode isn’t strong enough to dramatically slow the electric. It’s not the experience one will find in the Volvo C40 Recharge, which can easily be driven with one pedal, and even in B mode the ID.4 will creep or roll forward at a stop light or sign. Worse, it can catch you by surprise and roll backwards in the same situation.

While not slow, it’s certainly not quick. My 201-hp rear-wheel-drive Pro S test car had an estimated 0-60 mph time of 7.5 seconds, which is slower than pretty much every competitor from the Tesla Model Y and Ford Mustang Mach-E to even the Kia Niro EV and Chevrolet Bolt EV. The dual-motor all-wheel-drive ID.4 is about a second quicker.

The 2021 Volkswagen ID.4 isn’t perfect. With a frustrating user interface that at times can be downright confounding, there’s runway for improvement and refinement. But with 250 miles of range, cheeky lighting elements, VW-build quality, and a competitive price, the electric VW is the right car to kick off Wolfsburg’s electric era.

Is Your Dealer Playbook Compliant?