The 2021 Toyota Avalon Hybrid enters its last year with sound fundamentals but an inability to stand out. The full-size sedan joins so many other sedans discontinued after 2022. Like the wily veteran cut from your favorite ballclub, the Avalon is appreciated but no longer essential.

About three inches longer than the Toyota Camry and with marginally more passenger and cargo volume, the Avalon has been dwarfed in popularity by the many iterations of the Camry. At the higher end, the related Lexus ES handles the upscale ambition and stately road manners more effectively than the Avalon.

Yet, after a long holiday weekend logging many highway miles and plenty of jaunts from hockey rink to hotel to hockey rink to hotel, we appreciated the Avalon Hybrid Limited’s comfort, quiet, and efficiency. That’s part of the reason why it earns a solid TCC Rating of 6.8 out of 10.

But so is the technology that disappointed my teen passenger, as well as the low ride height and lack of a hatch or easy opening for her goalie gear. These criticisms have been shaping the automotive landscape for years, and make the Avalon ripe—if not overripe—for retirement. 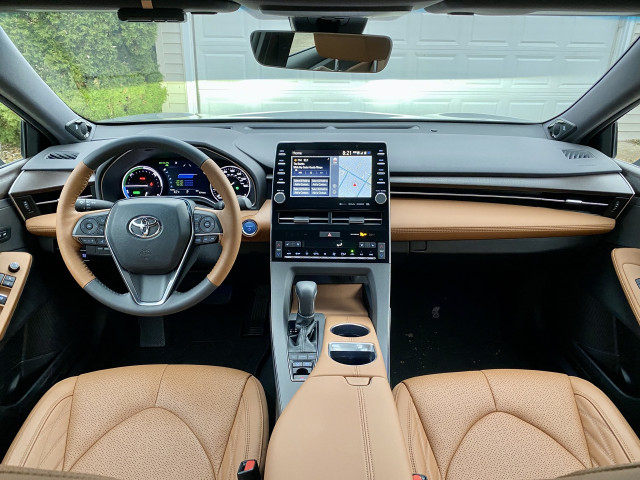 My daughter slept in the passenger seat for half of our seven-hour road trip during the day on the way there, and on the way back at night. The controlled ride aided by an independent suspension and a Lexus-like calm soothed the cabin, much more than her frequently lost air pods. But the 8-way power front seats with 4-way lumbar and heating and cooling provided enough support and variability to keep us keeping on without real complaint.

Miss: Why not the Lexus ES?

The Avalon shares a platform and powertrains with the Lexus ES mid-size sedan. The well-equipped Avalon Hybrid Limited I tested cost about $46,000, including destination. A similarly equipped 2022 ES 300h with the Premium package costs the same. The ES comes with more options and a more distinguished interior, but the exterior design can be more polarizing. Still, I’d take the badge entitlement for the same expense.

Hit: Good mpg even if it doesn’t meet estimates

We averaged 37 mpg over mostly highway miles with a speed limit of 75 mph. The EPA rates it at 43 mpg combined. Once the battery is charged, there’s enough juice to run on electric-only power until about 15 mph—less than most other hybrids in the Toyota family. We idled without tailpipe emissions, which was nice with all the drop offs and parking lot meet ups. The Sport mode didn’t change up driving dynamics as much as the EV mode, but both were ancillary at best. 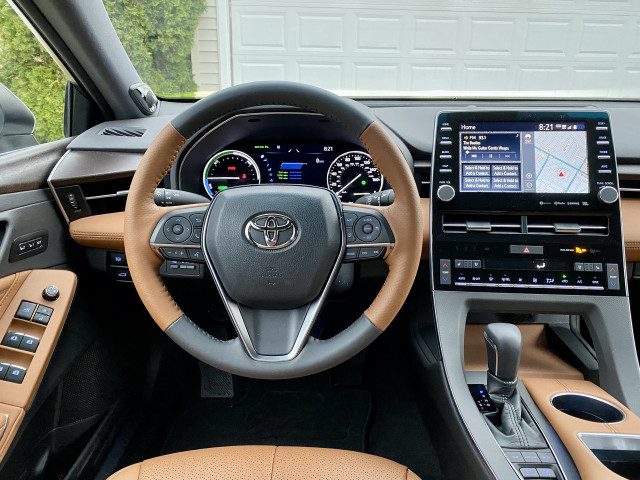 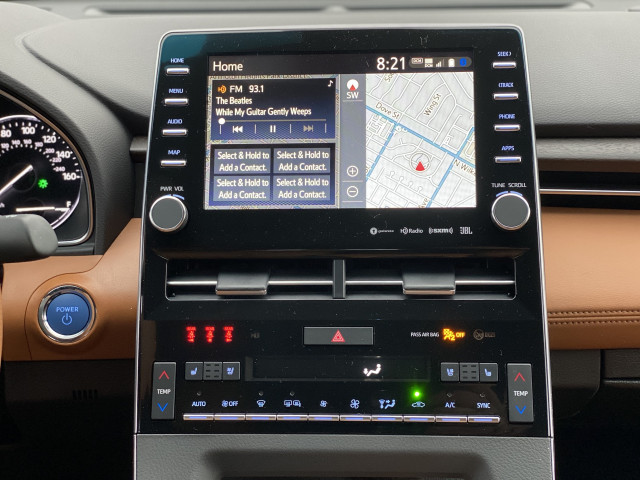 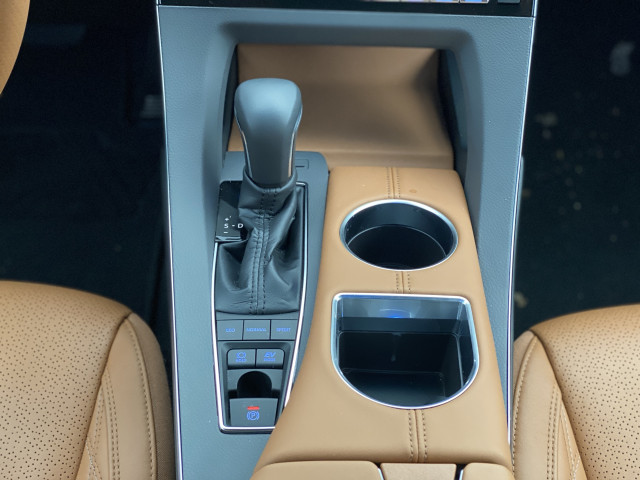 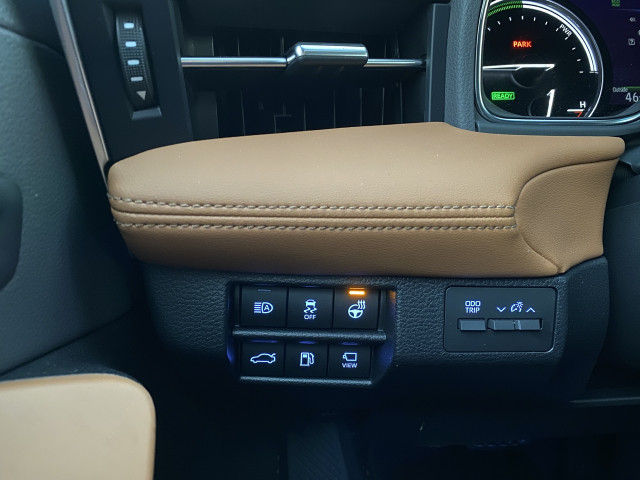 With a new infotainment system designed in the U.S., Lexus and Toyota have addressed the longstanding complaint of the brand’s conservative and klutzy approach to technology. The Avalon has a nice 9.0-inch touchscreen, but the blue-white font and iconography feels old, as do the flinty buttons on the bezel. Unlike the competition at this price, there’s no wireless Apple CarPlay. The suggested navigation routes made as much sense as an atlas to my daughter. Even with three suggested routes—quickest, fewest miles, or no tolls—the estimates and the routes were way out of whack with Google Maps or an atlas.

Hit and Miss: Roomy but limited

The Avalon seats five, and the trunk holds 16.1 cubic feet of gear, same as the gas model. For 2021, Toyota swapped out the nickel-metal hydride battery pack for a lithium-ion pack that sits beneath the rear seats, so there’s no compromise in utility or packaging. Flip down the 60/40-split rear seats to give it more crossover-like utility, as we did to fit hockey sticks. The fuel tank is smaller, holding 13.2 gallons instead of 15.8 on the Avalon Limited.

The issue is the limitations of the sedan itself. Stuffing my daughter’s goalie bag in the trunk recess was like stuffing myself into a pair of skinny jeans after Thanksgiving: a curse-ridden trial.

The Avalon Hybrid won’t stand out on the lot, and that could be an asset, especially until supply catches up to demand. Dealers might be happy to unload the last of its breed to make way for all the crossovers.

Worst is Behind Us, Says NADA Chairman