The NHTSA has asked Tesla to recall about 158,000 electric vehicles for failures of a 17-inch touchscreen in 2012-2018 Tesla Model S sedan and 2016-2018 Tesla Model X SUV. The interface can fail, resulting in a loss of the rearview camera and other "safety-related vehicle functions," the feds said in a letter issued to Tesla earlier this week.

The screen serves as the technology hub for the vehicles, providing access not just to infotainment but also climate controls and vehicle functions such as adjusting side mirrors and and changing drive modes. The memory chips in the displays of the earlier Tesla models can wear out over time and cause the screen to stop working, thereby increasing the risk of a crash.

The NHTSA cited safety risks arising from the loss of rearview camera images and HVAC controls such as defrosting, as well as issues with the Autopilot driver-assistance system. Tesla has until January 27 to respond, and if it doesn't issue a recall in the affected vehicle pool, it has to provide an explanation why to the NHTSA.

The request arose from an investigation sparked by numerous owner complaints from issues ranging from overheating to premature yellowing. Some of the complaints focused on Tesla making customers replace the screen out of pocket since it was beyond the 4-year/50,000-mile basic warranty. 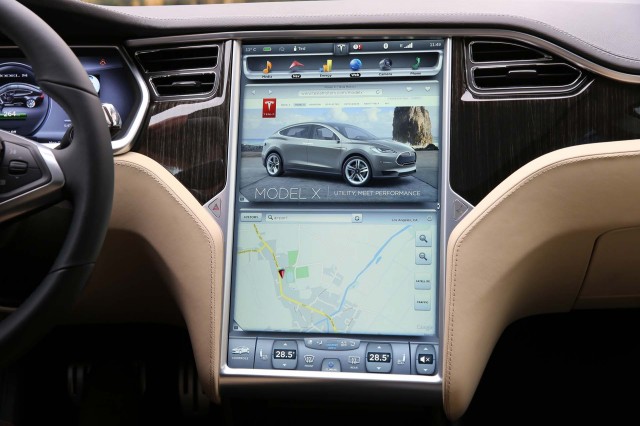 Tesla's cult-like appeal to technophiles centered on the capability of the touchscreen. Even though Tesla has issued several over-the-air updates to correct the problems, the NHTSA determined it hasn't been enough. The early units only have a 10-year lifespan, according to Green Car Reports.

Tesla isn't the only automaker with rearview camera issues. Last year, FCA recalled more than 300,000 vehicles because the rearview camera projection stayed on too long after the cars shifted from reverse to drive. The year before, Nissan, Honda, and Toyota all issued recalls for similar issues. Mandated for 2018 models, rearview camera technology is relatively new and it remains to be seen how long the camera systems can last, and in what operating condition.

The Week of Driving Autonomously in an Xpeng

Welcome to Electric Avenue — More Chargers on the Way