Magna claims it can boost EV range 30%, with software and controls a big part of it

Automotive supplier Magna is launching a complete electric powertrain package that can the company claims can boost range by up to 30%.

Called EtelligentReach, the powertrain will debut on a "new entrant vehicle" in 2022, Magna said in a press release. It includes two electric motors, inverters, and gearboxes, but Magna indicated most efficiency gains will come from a holistic software approach.

The accompanying software package was designed to oversee many vehicle functions at once through a modular control unit, ensuring mechanical components work in concert to deliver maximum efficiency, according to Magna. 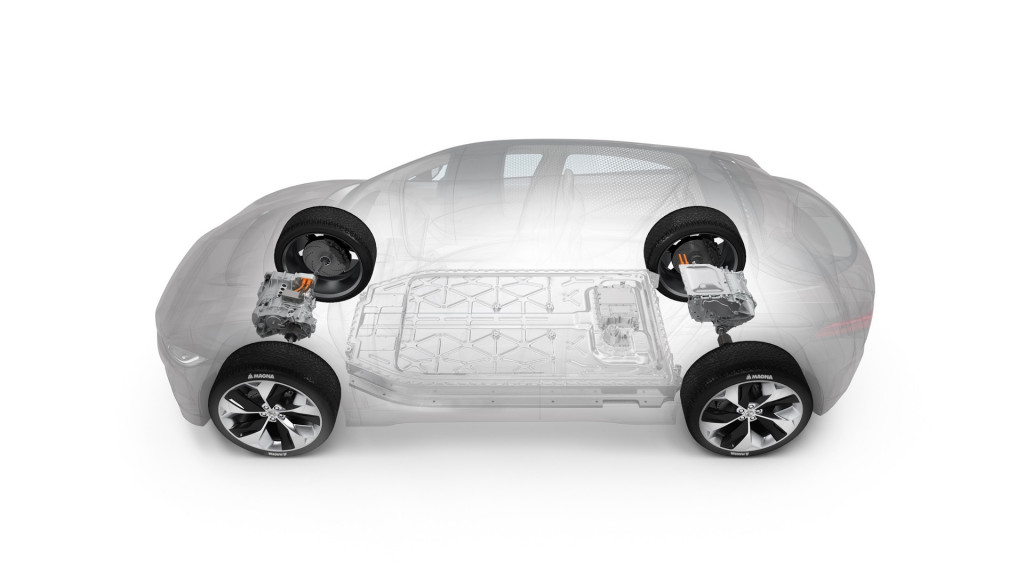 The company will also include a driveline disconnect, which could help improve efficiency by decoupling one motor under lights loads, as well as torque vectoring and multiple drive modes.

Magna is contracted to build the Fisker Ocean electric SUV, but it's unclear if that's the new vehicle the supplier will use to launch EtelligentReach. Fisker has said that it's put much of its own development into the Ocean, while borrowing some things from Magna.

However, we do wonder if this "unique clutch" that Henrik Fisker has teased is the same as the disconnect function Magna mentions. We do know that Magna will supply some of the basic architecture for the Ocean, which is scheduled to start production on November 17, 2022, at the Magna-Steyr factory in Graz, Austria.

That factory currently builds the Jaguar I-Pace, which Magna has used as a demonstrator for both the EtelligentReach system and the e4 system we sampled in a prototype last year. That system also used Magna's own front and rear motors, gearboxes, and software. Magna claimed a 25% improvement in range over the stock I-Pace.

Magna has been very active in EV components as of late; earlier last year it showed a modular solution called eBeam as a way of electrifying body-on-frame trucks.

Mercedes parent Daimler: No expiration date for gas and…

Tesla for $299 a week, insured: Uber drivers eligible to…

Brightline Dealer Advisors Launches as a One-Stop Shop for…