Based on a design that debuted in Switzerland last year, the trucks tested in the United States will have a range of about 500 miles and a maximum gross combination weight of about 82,000 pounds, Hyundai said. In 11 months of service, the first 46 units have covered 620,000 miles on Swiss roads, the automaker noted.

Under one project called NorCal Zero, Hyundai plans to deploy 30 trucks with fleet operators beginning in the second quarter of 2023. Hyundai claims this will be the largest deployment of hydrogen Class 8 trucks in the U.S. thus far.

Hyundai and its partners will build a hydrogen fueling station in Oakland, California, capable of handling 50 trucks, with an average fill of 30 kilograms of hydrogen, per Hyundai. Hydrogen is stored at about 700 bar, Hyundai said. 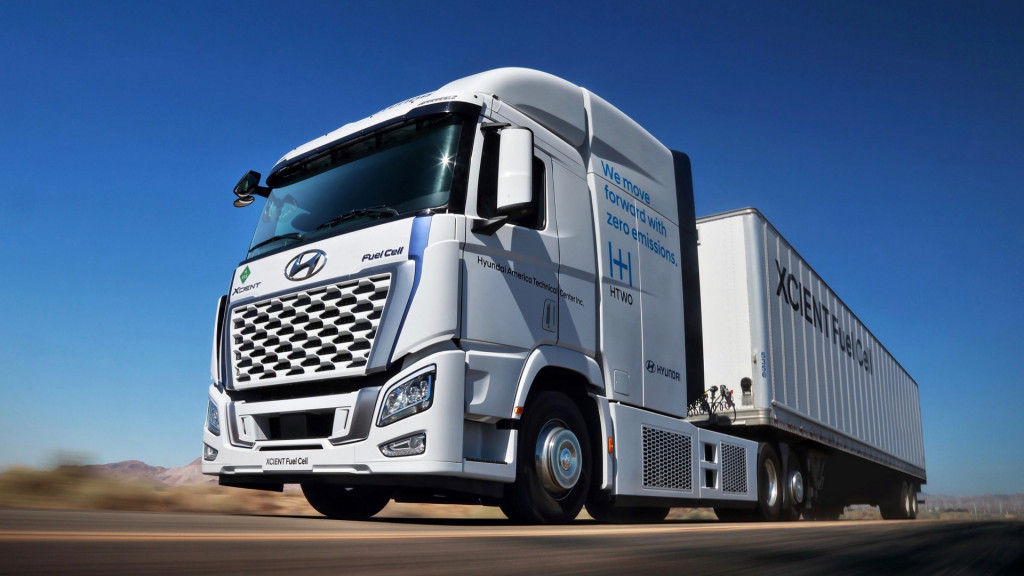 A separate 12-month pilot program, scheduled to begin in August, will see two Xcient Fuel Cell trucks operate between warehouses in Southern California. This project is mainly funded by the U.S. Environmental Protection Agency (EPA), along with a $500,000 grant from the South Coast Air Quality Management District, Hyundai said.

Toyota has been the leader in transitioning its fuel-cell tech to semis. But so far its efforts have focused on big rigs for shorter-distance port duty, also in Southern California, where a handful of its Project Portal prototypes have been operating for a few years. Years ago Nikola claimed plans to roll out thousands of hydrogen commercial trucks in the U.S., including a Class 8 model, but so far none have been delivered.

Hyundai might not be the largest fleet in the U.S. for long, however. General Motors and Navistar earlier this year announced plans to put 2,000 semis—also offering a 500-mile range—into duty starting in 2024.

Hyundai is also working on heavy-duty trucks that pack both fuel-cell and battery-electric tech. An upgraded version of the Xcient Fuel Cell announced earlier this year has a pair of 90-kilowatt fuel-cell stacks, plus a 72-kilowatt-hour battery pack. Hyundai plans to deliver 1,600 of these trucks in Europe by 2025.

Tesla increases prices again, marking a 23% spike for the…

Helpful Guidance For a More Personalized and ADA-Compliant…