Electric-car buyers have plenty of choices these days, but not all EVs have the same environmental impact. That’s where GreenerCars’ annual “greenest” and “meanest” ratings come in. Produced by the nonprofit American Council for an Energy-Efficient Economy (ACEEE), they rank the environmental friendliness of new cars sold in the United States.

The Hyundai Ioniq Electric topped the 2021 “greenest” list, followed by the Mini Cooper SE and Toyota Prius Prime. The top 10 spots were all occupied by plug-in cars, with the Toyota Corolla Hybrid and Honda Insight ranked 11th and 12th, respectively.

GreenerCars’ “meanest” vehicle for the environment was the Ram 1500 TRX, a performance pickup truck with a 702-horsepower 6.2-liter supercharged V-8 engine and an EPA fuel-economy rating of 12 mpg combined. Two V-8 luxury SUVs—the Lexus LX 570 and Mercedes-AMG G63—were just behind the TRX.

Why wasn’t the Tesla Model 3—the most efficient EV currently on sale—at the top of the “greenest” rankings? Because the ACEEE’s methodology includes vehicle weight and the size of the battery pack—so models with smaller batteries yet strong efficiency rank higher. 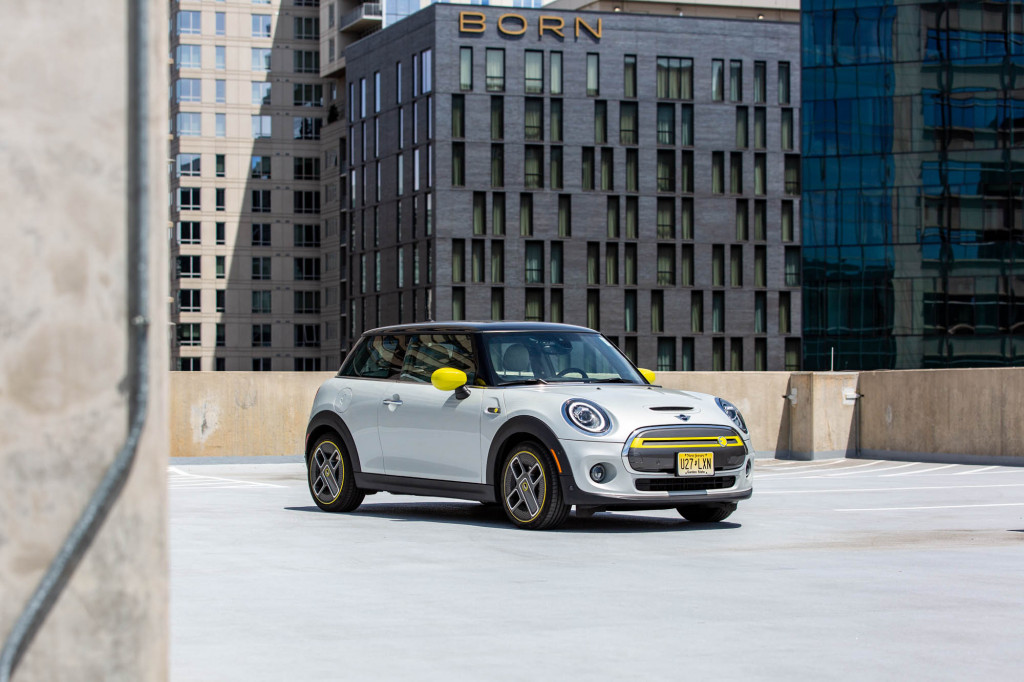 The Tesla still outclasses the Hyundai and Mini in range, highlighting a tradeoff between range and overall environmental impact that more EV buyers may have to confront going forward.

At Green Car Reports, we think range is overemphasized, and that efficiency improvements, accessibility, and charging infrastructure are more important than chasing ever-higher range figures, something often achieved by simply enlarging battery packs.

However, range anxiety remains one of the major obstacle to widespread EV adoption. Americans’ range expectations have only gotten stronger, according to a 2020 J.D. Power survey.

A recent study also found that electric cars in California were generally driven less than gasoline cars—possibly indicating they weren’t really acting as replacements for internal combustion. The study did find that Teslas covered more daily miles than other EVs, so perhaps their longer ranges are allowing them to replace more internal-combustion vehicles.