The Ineos Grenadier is a throwback to a previous era of SUVs, when off-road capability was a given—along with poor fuel economy. But the Grenadier could soon get a hydrogen fuel-cell powertrain from Hyundai.

On Monday, Ineos and Hyundai announced a memorandum of understanding to cooperate on fuel-cell projects. The agreement includes plans for Ineos to evaluate Hyundai fuel-cell tech for possible use in the Grenadier, an accompanying press release said.

Ineos is for the most part a chemical company, and a fuel-cell powertrain could tie the Grenadier back to its other ventures. The company said it currently produces 300,000 tons of hydrogen per year, mostly as a byproduct of chemical manufacturing, adding that it “recently launched a new business to develop and build clean hydrogen capacity across Europe.”

The Grenadier, meanwhile, is an off-road SUV inspired by the Land Rover Defender. To that end, it utilizes old-school body-on-frame construction and solid axles. It will be built at the former Smart factory in Hambach, France, which previously built electric cars exclusively. 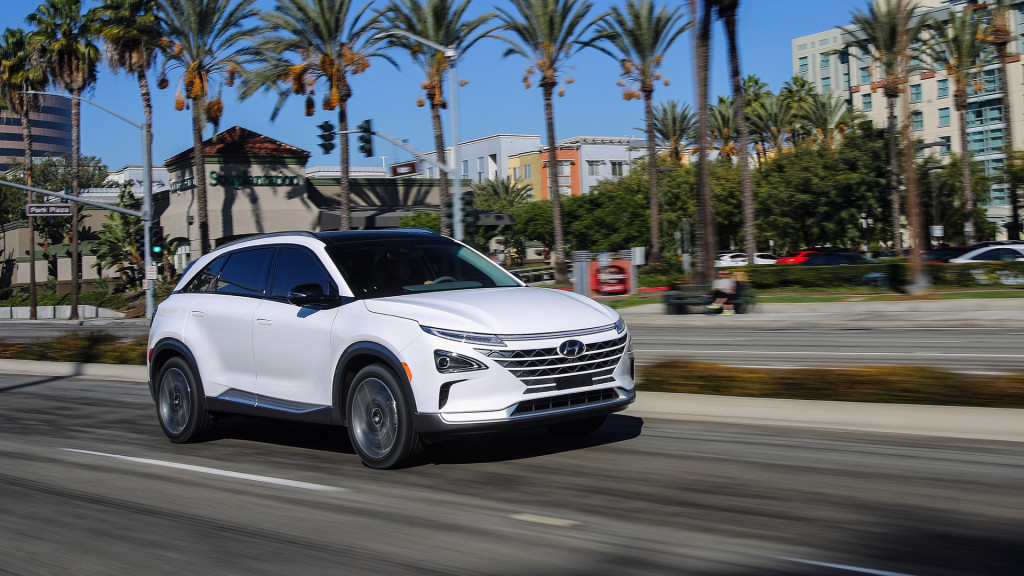 A hydrogen powertrain would likely be a hand-me-down of the latest fuel-cell stack from the Hyundai Nexo crossover. The Nexo boasts 161 horsepower and 291 pound-feet of torque, with an EPA-rated 380-mile range. It’s unclear if the less-aerodynamic (and likely heavier) Grenadier could match that range figure, though.

Ineos previously announced a lineup of BMW-sourced gasoline and diesel engines for the Grenadier. While BMW has its own fuel-cell development program (run in partnership with Toyota), the automaker apparently isn’t ready to share that technology with other companies.

As of last year, Hyundai was on track to become the world’s top seller of hydrogen cars, but that still means delivering only a handful of cars annually. Providing fuel-cell powertrains to other companies could help Hyundai achieve higher production volumes, and push closer to more favorable economies of scale.

Hyundai plans to take fuel cells beyond vehicles, envisioning a “hydrogen economy” where fuel cells as pervasive as steam power in the 19th century. Surely there is room for a rugged fuel-cell SUV in those plans?

Start your engines: The Car Connection’s Best Car To Buy 2021 prepares to launch

US EV sales have been record-breaking so far in 2021,…

Toyota Execs Say Gasoline Will Still Power Most of Its…