Non-luxury automakers aren’t the only ones getting in on the subcompact SUV fun. Their higher-priced compatriots are also pumping out these vehicles in record numbers. Granted, with many of these vehicles, we sometimes struggled to see the value proposition of these price points paired with the small space constraints.

However, there are a select few (notably the top 3) that really make a solid case for luxury subcompact SUVs. Regardless of what we as reviewers think, it’s sales that matter and drive decisions in automaker offices. And since consumers seem to love this new(er) subcompact SUV segment, car manufacturers are going to continue to pump them out!

We ranked 11 subcompact luxury SUVs from best to worst by combining their ratings on driving performance, standard features, design, and value. 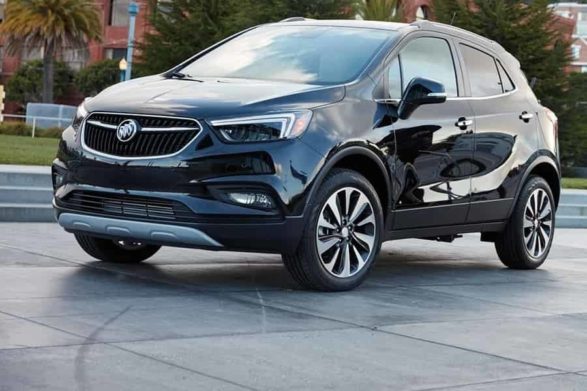 The Buick Encore was one of the first luxury subcompacts on the scene, and it’s beginning to show its age. We find that most GM cabins have intuitive infotainment systems. However, this Buick has some finishes throughout the cabin that feel somewhat cheap. It’s definitely not the most luxurious in the class. What really hindered the Encore on our list was the underperforming engine that comes standard. 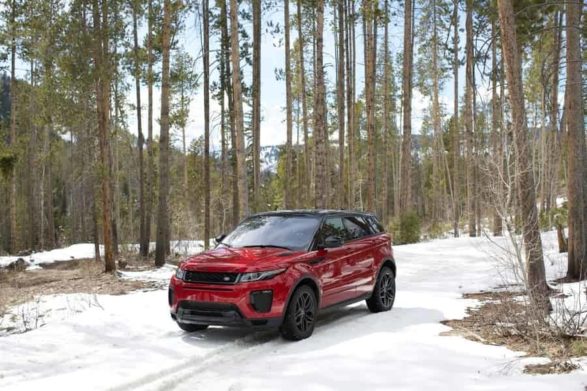 True to its brand, the Range Rover Evoque is an off-roading beast—a luxurious one at that. The exterior design is one of our favorites on any vehicle, with its front grille that sweeps into the sides and toward the rear paired with a sloping roofline. It does have a well-designed cabin, but that refinement doesn’t extend to the mechanical parts of the SUV. The transmission is poor as are its overall reliability ratings. It’s also more expensive than many other competitors when comparably equipped. When you can find better for cheaper, that’s not a recipe for success. 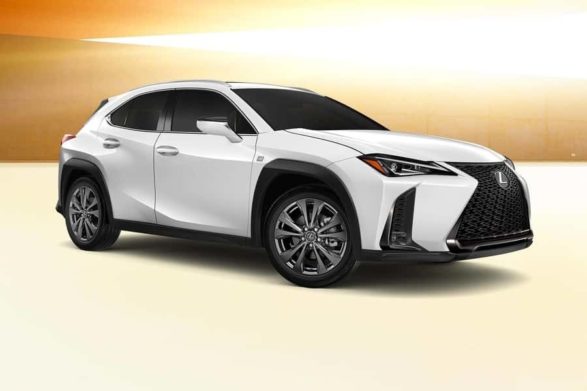 The UX is Lexus’s first foray into the subcompact market since joining the lineup in 2019. Our reviewers were split on the exterior styling. Some found its angular lines aggressive and youthful. Others found it to be a glorified wagon with busy body cladding. The taillights, in particular, were universally agreed to be…odd. Look them up for yourself. We also continue to be critics of Lexus’s unintuitive infotainment setup across its whole lineup. That said, the UX is well-appointed, affordable, offers great gas mileage, and has a smooth and comfortable ride. 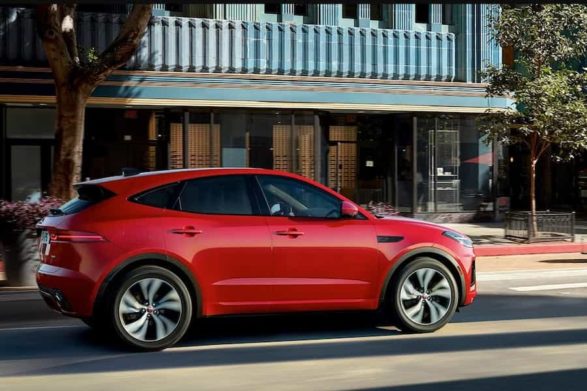 The E-Pace is not Jaguar’s electric offering (that’s the I-Pace.) A little confused? Anyway, this subcompact luxury SUV has surprisingly good cargo room for the class. And as is common with Jaguar vehicles, the handling and ride control are spot-on. Where it fell behind the segment leaders was in engine performance and subpar fuel economy. But it was fully redesigned for 2021. 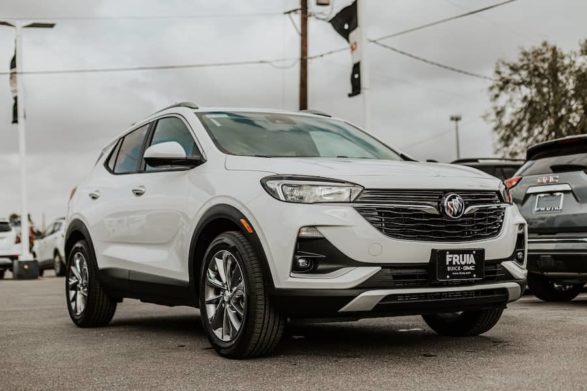 The 2021 Buick Encore GX was brand-new last year. It’s a little larger than the Encore, but it still sits in the luxury subcompact class. Can Buick sustain two models in the same class? Time will tell. The Encore GX fares better with its zippy engine, comfortable seats, and pleasing driving dynamics. Competitors are more luxurious at only slightly higher prices, however. 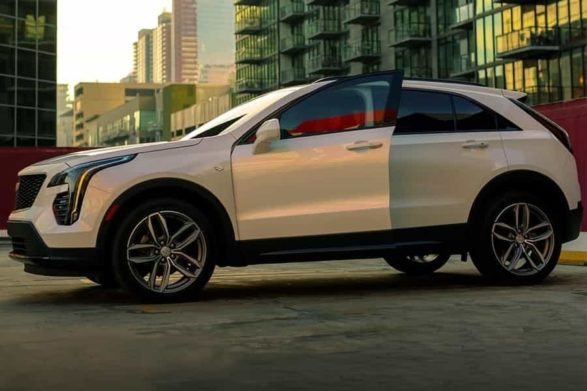 The XT4 is now a few years into its run, and it’s one of the better-performing Cadillacs in our car rankings. The interior isn’t particularly intuitive, and we found the brakes especially mushy and unresponsive. On the plus side, we found good legroom in the rear seats and robust engine options for puttering around town. 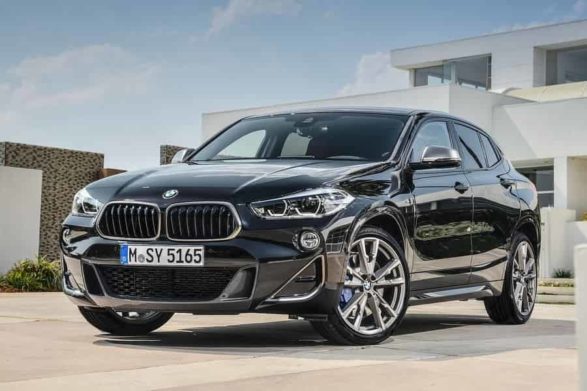 If a sporty subcompact SUV is your aim, you couldn’t do worse than the BMW X2. The exterior design features a raked coupe roofline that will turn heads from other drivers and pedestrians. Couple that with BMW’s strong handling and a powerful array of engines, and the X2 may be the SUV that banishes the notion of a soccer mom or dad being “uncool.” 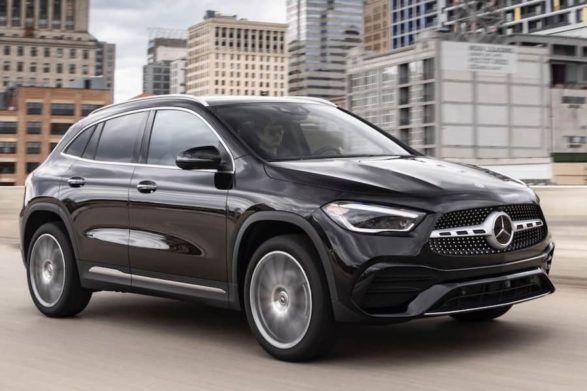 The GLA-Class carries over the sure-footed handling that gives its larger Mercedes cousins high marks in our reviews. The cabin layout is also user-friendly, and the new interior on this fully-redesigned model is top-notch. The interior dimensions are also spacious for passengers even though this is a subcompact model. 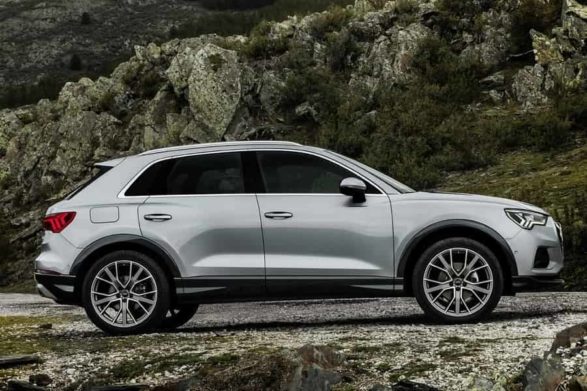 The Audi Q3 has the brand’s characteristic handsome interior cabin layout. The materials are upscale as are the standard feature offerings. The infotainment system is intuitive and easy-to-use, and the rest of the cabin is comfortable and roomy for the class. The one small drawback is that fuel economy is lower than competitors. 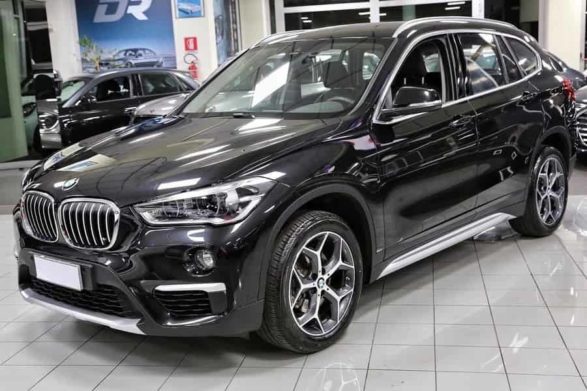 The BMW X1 is similar in dimensions to the X2 except that it doesn’t feature a raked coupe-style roofline. That improves on our critiques of the X2 by increasing rear visibility, rear-seat space, and cargo area. It’s everything we liked about the X2 and more! 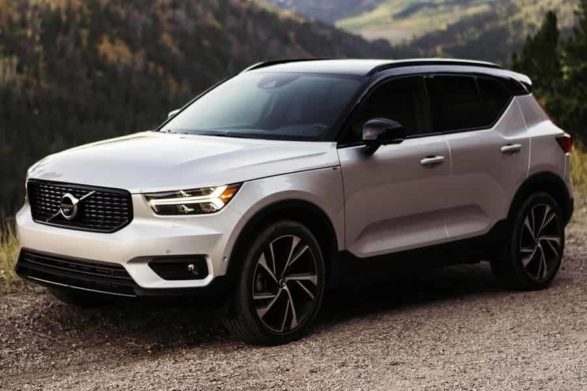 Volvo swung for the fences with its first subcompact SUV, and it hit a home run. We found the shorter dimensions and boxier design made the XC40 more handsome than its larger siblings (and those were lookers to begin with). The XC40 comes at great price points that are filled to the brim with standard features and a luxurious cabin for drivers and passengers alike. There’s even a new EV version, the Volvo XC40 Recharge, with impressive functionality and a somewhat impressive range (but a very high price tag).

Return of the Apple Car: Almost There or Vaporware?

Stellantis Makes Big EV Promises. Can It Keep Them?

Housekeeping: We Take a Day Off to Celebrate POTUS

Lucid is considering an electric-car plant in Saudi Arabia