President Biden on Wednesday detailed a cohesive infrastructure plan, and it targets policies spurring electric car adoption, funding for 500,000 charging stations, and work on an upgraded electrical grid among its many key points.

They're a small part of a jaw-dropping list of heavy-lift infrastructure items the administration will need to sell Congress on. The official White House fact sheet released earlier on Wednesday pegs the plan as seeing climate change, technology leadership, and jobs as closely interconnected.

Biden’s plan includes a $174 billion “investment to win the EV market,” including supply chains and raw materials, the retooling of factories, and the support of workers to make batteries and electric vehicles. 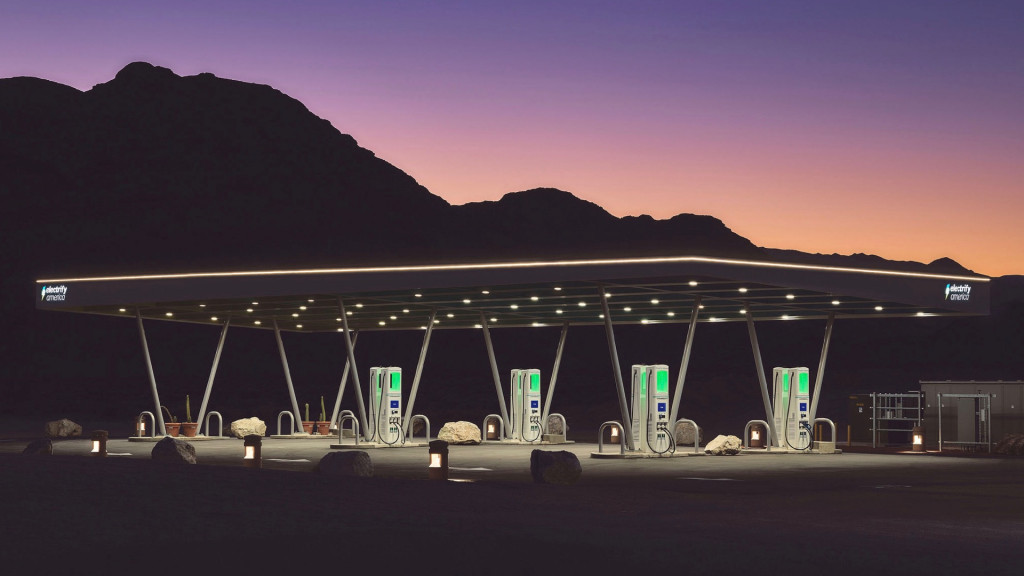 It also includes point-of-sale rebates and tax incentives, plus grant and incentive programs to build up a network of 500,000 electric-vehicle chargers by 2030. The administration has already put expanding the EV tax credit on its list of priorities, and it already plans to emphasize American-made vehicles in federal fleet purchases.

The infrastructure plan maps a path to “100 percent clean buses,” with 50,000 diesel transit vehicles replaced, and includes funding to enable 20% of the nation’s school bus fleet to go electric.

The plan aims to “establish the United States as a leader in climate science, innovation, and R&D,” with $15 billion set aside for demonstration projects in areas like utility-scale energy storage, carbon capture, rare earth element separations, and EVs. It includes investments into advanced pavements and “shovel ready” road projects. And it places $50 billion on the importance of making infrastructure more resilient, amid extreme-weather and climate-related disaster events, with an emphasis on “building back better.” That includes a more resilient electric transmission system, with the buildout of at least 20 gigawatts of new high-voltage power lines, and efforts to modernize power generation and deliver clean electricity.

The proposal was of course met with applause from the electric-vehicle sector. "The plan put forward by President Biden today demonstrates the leadership necessary to drive a swift and equitable transition to electric transportation,” said Joe Britton, executive director of ZETA, which represents EV makers, charging companies, and others with EV interest. As part of a broader statement, Auto Innovators president and CEO John Bozzella, representing most full-line automakers who sell internal-combustion vehicles in the U.S., said: “We appreciate the President’s focus on the broad investments necessary for the United States to lead in the development and adoption of innovative vehicle technologies.”

“Zero emission electric trucks and buses, in particular, are key to achieving our goals and we urge bold action on them,” said Environmental Defense Fund president Fred Krupp. 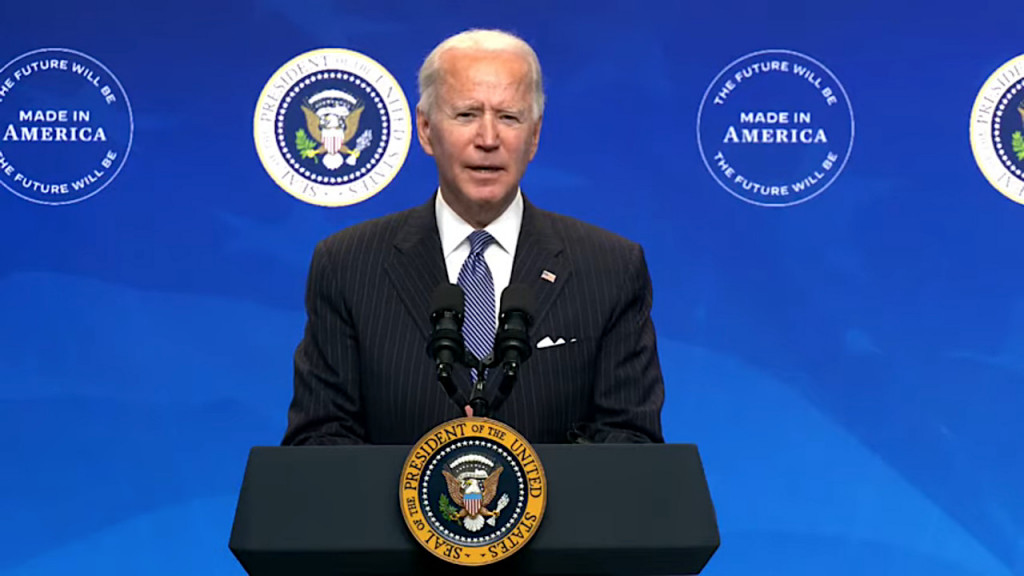 How will the U.S. pay for this big spend? Biden had already vowed not to raise taxes for those with household incomes under $400,000 annually. Likewise, officials had already confirmed that there will be no new federal gas tax or mileage tax

Instead it’s aiming to tax corporations. The plan aims to set the corporate tax rate at 28%, with a global minimum for multinational corporations, which it says “will return corporate tax revenue as a share of the economy to around its 21st century average from before the 2017 tax law and well below where it stood before the 1980s.”

“By eliminating tax preferences for the fossil fuel industry, we can stop using our tax dollars to fuel the climate crisis and free up around $20 billion a year that can be spent on more pressing climate investment priorities,” said Matt Casale director of environmental campaigns for U.S. PIRG.

Biden hasn’t yet included any mention of a target for the retirement of gasoline and diesel vehicles. Members of Congress last week rallied around the path toward making all light-duty vehicles zero-emission by 2035, a move that might be a tough sell as part of an infrastructure bill.

2022 Jeep Compass Looks to Navigate Itself Into the…