CATL launches first battery-swapping in China, aimed at those without home charging

Chinese battery maker CATL is launching a battery-swapping service in its home country.

Called Evogo, the service launches with four stations in the city of Xiamen. A total of 30 stations are planned in that city by the end of the year, meaning drivers will never be more than 1.8 miles from a station, CATL said in a press release.

“In the future, CATL will join hands with more partners to release more Evogo vehicle models and deliver Evogo services in more cities,” the company said. 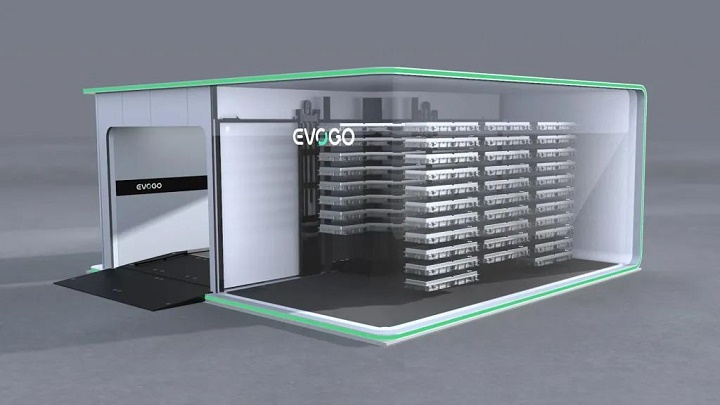 The service is aimed at EV drivers without home charging, according to CATL. By allowing drivers to swap batteries and quickly recover range, it’s a potential alternative for those that don’t have a dedicated parking space for charging. The lack of such an alternative for urban apartment dwellers remains a major obstacle to mass EV adoption.

With pricing starting at the equivalent of $61 a month (based on current exchange rates), battery swapping is also relatively affordable. However, pricing does get adjusted based on how much electricity they use, CATL noted.

One of the biggest barriers for battery swapping today is compatibility and the vast array of different cell formats, packaging methods, and cooling strategies. When it unveiled the Evogo system earlier this year, CATL said it was compatible with “80% of global BEV platform-based vehicle models available on the market, and all BEV platform-based models to be released in the next three years globally.” Many considered battery swapping dead, and an idea past its time, but Chinese automaker Nio embraced it wholeheartedly and plans to have about 1,300 stations by the end of the year.

The technology could have a big future in delivery vehicles and cabs, analysts anticipate. The startup Ample also sees a model for this, around modularized battery interfaces—although it’s not entirely clear how that company’s solution will transfer across liquid-cooled vehicles.

Every 2021 Full-Size Luxury Car Ranked from Best to Worst

Every 2021 Subcompact SUV Ranked from Best to Worst