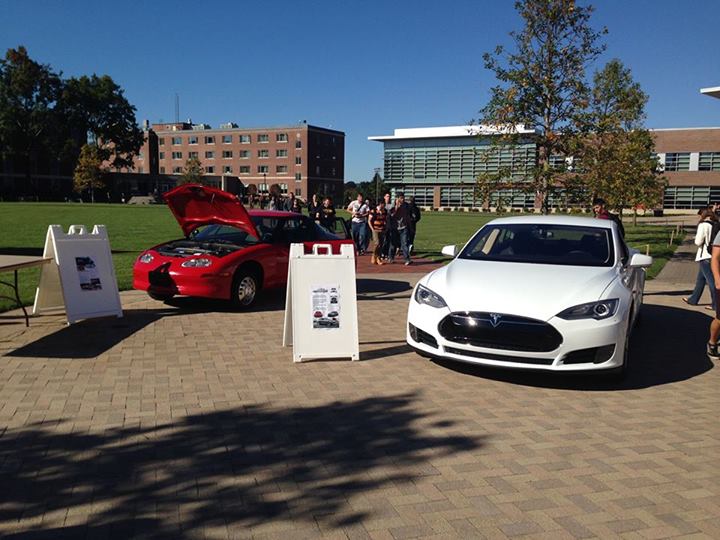 The first step toward Cadillac’s electric future gets a price tag. It’s been 25 years since GM sparked the idea of the modern electric car with the EV1. And the EPA’s process and protocol around its emissions and mpg rules were highly flawed, it now says. This and more, here at Green Car Reports.

The 2023 Cadillac Lyriq electric crossover will arrive in the first half of 2022 and start at $59,990, GM announced this morning. With more than 300 miles of range, and the potential to recover 76 miles in 10 minutes via 190-kw fast-charging—plus a new luxury expression for the brand in its styling and design—the Lyriq sets Cadillac on a path to all-electric by the end of the decade.

And as part of a comprehensive review, the EPA Office of the Inspector General has found severe flaws in the entire rulemaking process around establishing lax Trump-era fuel-efficiency standards. The agency broke protocol on many counts and then had to fix various errors after the policy had been drafted—and after then-Administrator Andrew Wheeler had signed it last year. New vehicle efficiency standards are expected from the EPA by July.

It’s been 25 years since the launch of the General Motors EV1, and a recent Automotive News report resulting from months of interviews with the team behind it helps underscore how GM sparked the era of the electric car and leaves us wondering how different the outcome might have been had the company remained focused on the tech.

And over at Motor Authority, check out our spy shots of the Mercedes-Benz EQE electric sedan due in 2022—following the design of the recently revealed EQS flagship, just a bit smaller.