Bring out your dead: Automakers discontinued these cars for 2022

With low inventories, car shortages, and steep new car prices, it would seem automakers would think thrice before discontinuing any cars for 2022. But the grim reaper’s fickle sickle—the profit motive—comes for all cars, at some time or another.

Compact sedans continue to shrink in the growing shadow of crossover SUVs, yet the compacts and sedans that remain are the best they’ve been. The automotive food chain does not just eat the little fish, it also sloughs away its biggest predators, such as V-8 engines being replaced by twin-turbo V-6s with more power and better fuel economy. Such is automotive evolution.

Here are the latest sacrifices to the automotive altar. 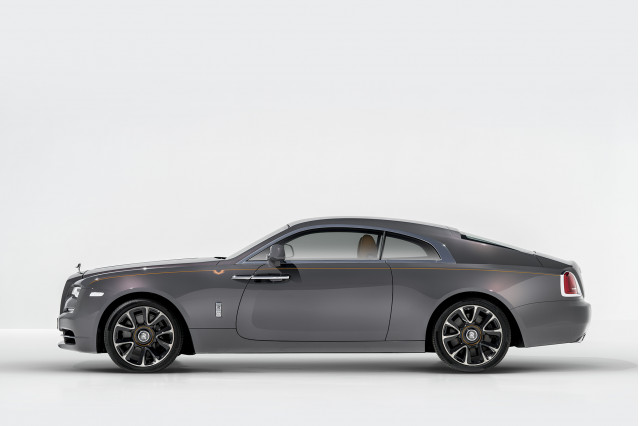 Even the most opulent, luxurious cars suffer the caprice of time. The British bespoke luxury brand’s Wraith coupe and Dawn convertible come to an end in North America this year after riding on a retired 7-Series platform made by parent company BMW. The Cullinan SUV and new Ghost ride on a distinct platform, but it remains to be seen what specter will fill the two-door slot. 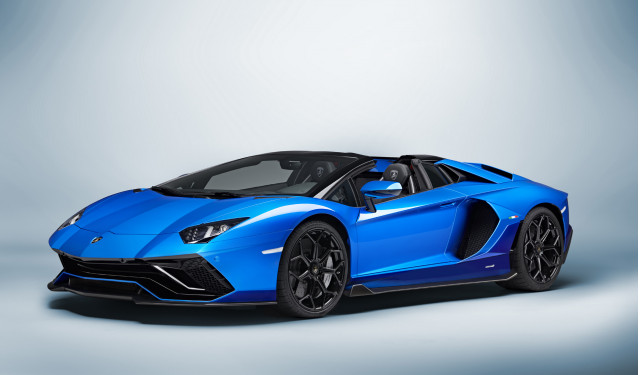 The mid-engine supercar bullied passenger vehicles to the wayside for a decade, but even with its 769-hp 6.5-liter V-12 that rockets the car to 60 mph in less than three seconds, it could not outrun progress. A limited-run Ultimae launched this year in coupe and roadster form and signaled the end of Lambo’s gas-only V-12; the next Bull will be a V-12 with a plug-in hybrid due to arrive in 2023. The Aventador’s offspring is not expected to carry its name. 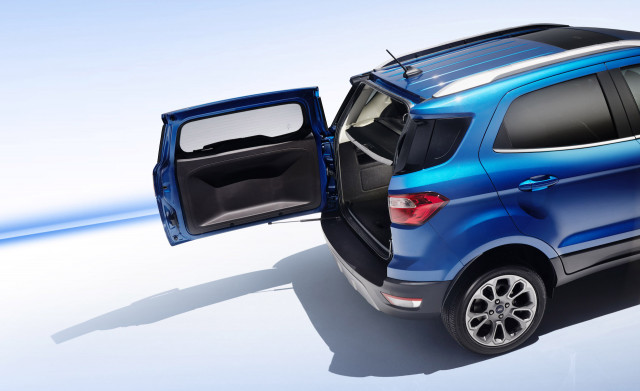 At the other end of the automotive spectrum is Ford’s underwhelming import, the Ford EcoSport. Introduced here for 2018, the spunky subcompact and its side-hinged swinging liftgate caught on enough to sell more than 67,000 units at its peak. Ford shuttered the plant in India that made it, and launched the Bronco Sport this year, and now all that remains of the EcoSport is an echo. 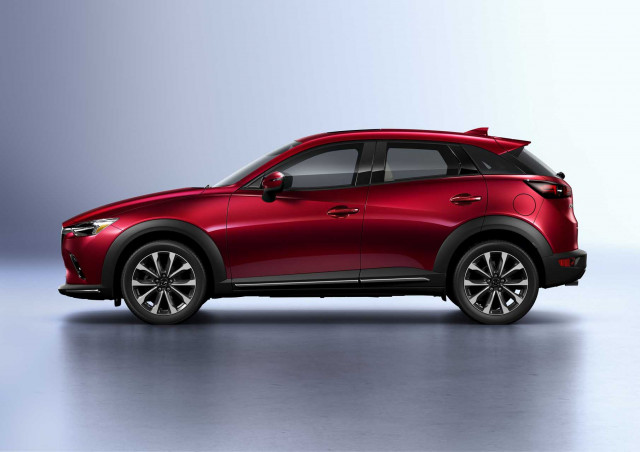 When the larger CX-30 launched for 2020, it was only a matter of time before Mazda’s smallest crossover and its tallest hatchback would ebb from U.S. shores. Too cramped, too small, too ambivalent about inalienable rights, the CX-3 couldn’t satisfy American appetites as well as the CX-30. Yet, Mazda is doing the same thing with the 2022 CX-50 compact crossover that debuts in November. It will likely supplant the brand’s bestselling CX-5, but Mazda will sell them alongside each other for now. 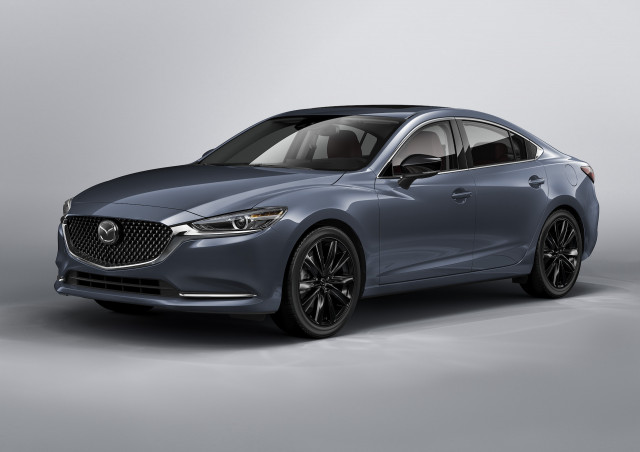 The long and lean sedan with above average performance and premium features never failed to please us, until now. We suspect it’s more of a pause than an end as Mazda retools from the pandemic and meets more pressing demands. In April 2020, before the pandemic shut down most of the world, Mazda announced plans for a new rear-wheel drive platform with a longitudinal engine layout and a mild-hybrid inline-6 suspected to power the redesigned Mazda 6. We hope one of our favorite mid-size sedans doesn’t follow the ghostly footsteps of lesser beings in the Ford Fusion, Chrysler 200, and Volkswagen Passat. 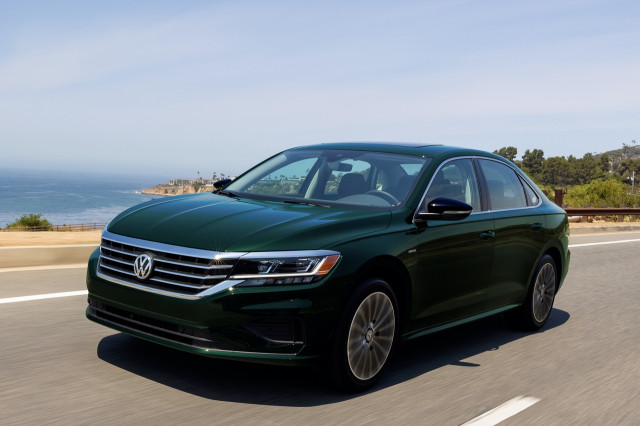 Easy to overlook, nearly impossible to remember, the plebian Passat was overshadowed by the pleasing Arteon and over-priced compared to the entry-level Jetta. Like most other VW’s, the Passat offers good space and decent standard safety features, but VW will pull the plug after its current cycle in 2023 to ramp up production of electric vehicles. Production at VW’s Chattanooga, Tenn., plant will shift away from the Passat to the ID.4 electric crossover starting in 2022. 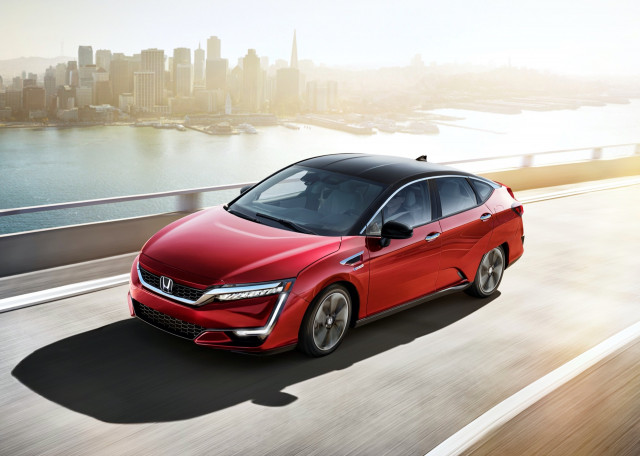 Even though Honda pledged to make 100% of its vehicles battery electric (BEV) or fuel-cell electric (FCEV) by 2040, it pulled the plug on its only electric vehicle last year and did the same on its hydrogen-powered model this year. The low volume experiment with limited availability led to a partnership with GM to develop future FCEVs, but what shape that will take lacks...clarity... right now. The quirky hatchback with a small rear door on the passenger side but no rear door on the driver side had a good run and will live on in its best form, as the Hyundai Veloster N. The hottest hatch from Hyundai uses a 2.0-liter turbo-4 that makes 275 hp and 260 lb-ft to hit 60 mph in less than five seconds. Its 8-speed dual-clutch automatic or lovely 6-speed manual send power to the front wheels, and its $35,000 price makes it the best affordable sports car we’ve driven. The base Veloster had its charms, but couldn’t match the practicality of Hyundai’s small crossovers, the Venue and Kona. 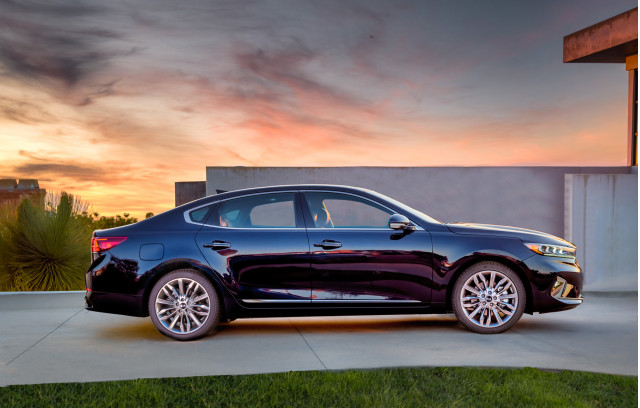 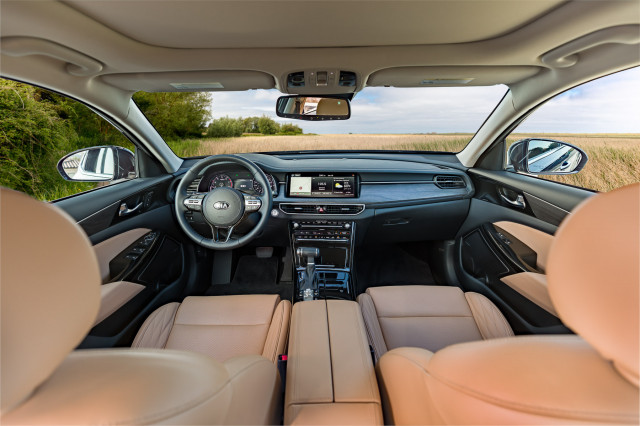 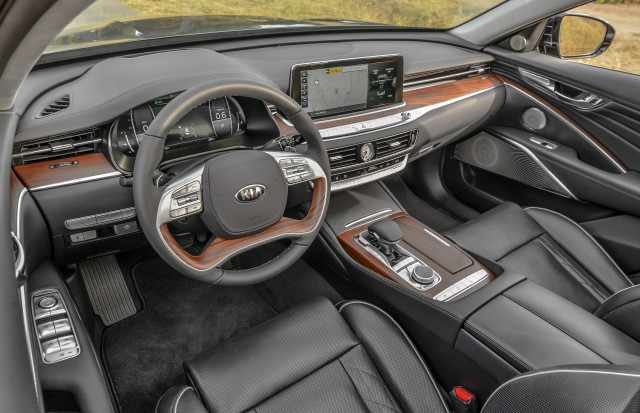 Kia’s full-size sedan and larger luxury sedan had grown redundant, and the launch of the Genesis luxury brand by parent company Hyundai made them even more irrelevant. Kia sold less than 2,000 units combined in 2020, further supporting the fact that the North American market won’t miss full-size sedans. The fun and sporty Kia Stinger might follow next year. 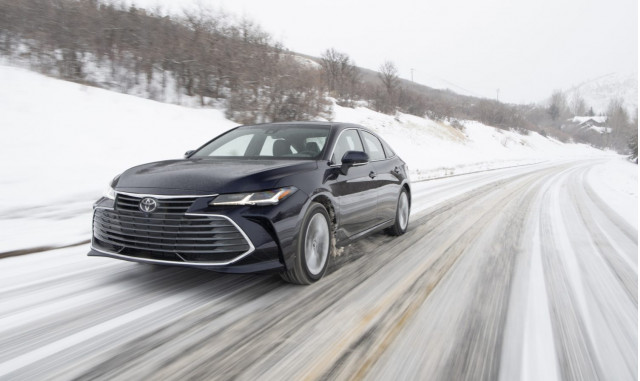 Even the vaunted Avalon Hybrid full-size sedan will be discontinued next year. Despite sporty TRD and XSE editions introduced in 2020, the outdated tech and design of the Avalon was nearing a critical point, and Toyota presumably canceled production at its Georgetown, Kentucky, plant to free up capacity for crossover SUVs. 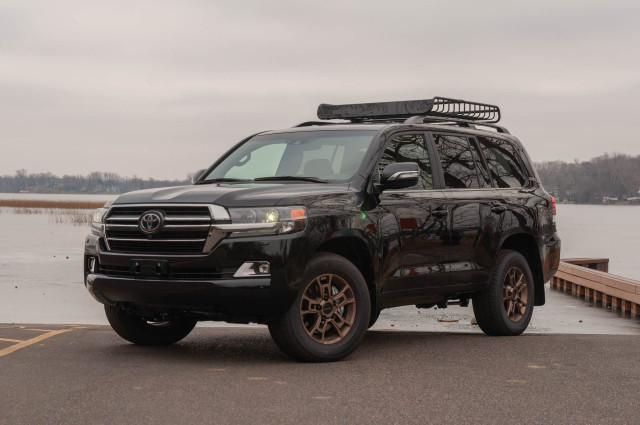 Loyalists bemoan the end of Toyota’s oldest and most revered truck in SUV form, but since they last forever, they’re not really going anywhere, are they? The off-roader that can seat eight adventurers and costs close to six figures may not be gone for long: Toyota just redesigned the Tundra pickup truck with a pair of twin-turbo V-6 engines, and one of those engines is put to use in a next-gen Land Cruiser 300 series sold in markets outside the U.S. Yeah, Volkswagen probably put the nail in the diesel coffin with its Dieselgate scandal, but Ford nixing the Powerstroke diesel in the bestselling vehicle in America, the F-150, says a lot about diesel prospects in passenger vehicles. Ford said the F-150 Hybrid, with its twin-turbocharged 3.5-liter gasoline V-6 and an electric motor rated at 430 hp and 570 lb-ft, outperforms the 3.0-liter turbodiesel V-6’s 250 hp and 440 lb-ft anyway. 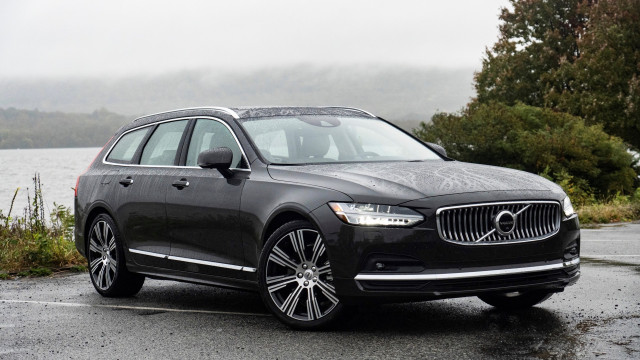 The pair of Volvo wagons as familiar over time as tweed jackets and a professor’s pipe join their archetype as Automotive Emeritus. The more SUV-like Cross Country versions, with their black cladding and elevated ground clearance, trundle off campus for at least another semester.

A Micro-Chip Shortage Will Impact Supply – Does it Have to…

Rare Rides: A Collection of Four Classic Renaults, of Fuego…

Abandoned History: The Early 2000s WiLL Project, for The…

Toyota plans solid-state battery debut in a hybrid by…