Earlier this year I wrote a piece questioning the logic behind the modern obsession with building big, powerful and opulent electric vehicles. In that story I asked if we are getting it wrong by building bigger and bigger electric vehicles like the reborn GMC Hummer, which seemingly uses an excessive amount of resources for transporting people.

Since then, the Hummer has been the subject of a study by the American Council for an Energy-Efficient Economy (ACEEE), which found in the USA where the majority of its energy comes from burning fossil fuels – like Australia – the Hummer was actually worse for the environment than the petrol-powered Chevrolet Malibu mid-size sedan.

“Electric vehicles have zero tailpipe emissions, unlike their gasoline-combusting counterparts, but they are still responsible for greenhouse gas emissions,” the ACEEE study author, Peter Huether wrote. “As EV sales surge, policymakers and advocates should explore ways to increase their efficiency and reduce the cars’ environmental impact.”

The study’s argument is that large electric vehicles, like the Hummer, produce more emissions over the complete lifecycle, which includes the mining of the materials such as nickel, lithium and cobalt for their batteries.

This finding is seemingly a win for those who have long railed against the environmental benefits of electric cars in countries with a reliance on fossil fuels – or just dislike EVs in general. And seemingly this current trend for electric utes with the launch of the Ford F-150 Lightning, Rivian R1T, Hummer and soon the Chevrolet Silverado EV and maybe the Tesla Cybertruck, is pushing the industry down the wrong path. These bigger vehicles require more raw materials and consume more energy, defeating the purpose of building a zero-emissions vehicle in the first place.

Or does it? Interestingly, GMC parent company, General Motors, issued a statement in the wake of the ACEEE report publication and didn’t deny the Hummer is energy intensive or dismiss the reports and its findings.

Instead, GM argued that the objective of the Hummer is to generate interest in electric vehicles from buyers who would otherwise ignore them.

“The study ignores the real-world importance and benefit of bringing to market performance oriented EVs like the GMC Hummer EV,” a GM spokesperson told GMAuthority. “Seventy five percent of the tens of thousands of customers who’ve reserved a Hummer EV have never owned an EV – many are or were pick-up owners. The GMC Hummer EV (and other performance-oriented EVs) are accomplishing more in bringing EV skeptics into the EV fold than any of these glass-half-empty criticisms ever will.” 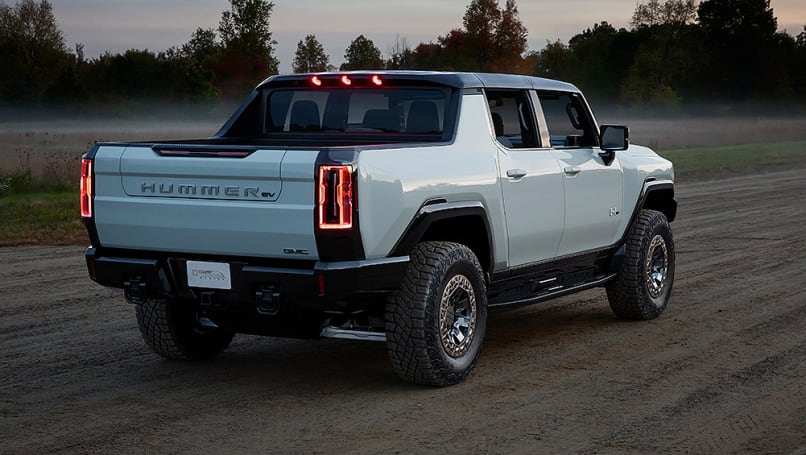 It’s a curious argument, but one I actually find myself agreeing with. The reality is, electric cars are the future. Most major brands are committed to stopping development of petrol-powered models by the middle of next decade – General Motors included – so the transition to EVs needs to begin sooner rather than later.

And ultimately car companies are in the business of selling cars, not enforcing a moral or ethical position onto somebody else’s life, so they need to meet buyers where they are. And in 2022, in both the US and Australia, that means driving utes.

We are in a transitional period now and for the next decade, as we shift from an automotive industry fuelled by petrol and diesel to a future of electrification. If car makers can encourage more buyers to make the switch to electrification by packaging it inside a big, tough ute then that should ultimately be a win-win. It gets another EV on the road and converts one more motorists into (hopefully) an EV driver for the rest of their life. 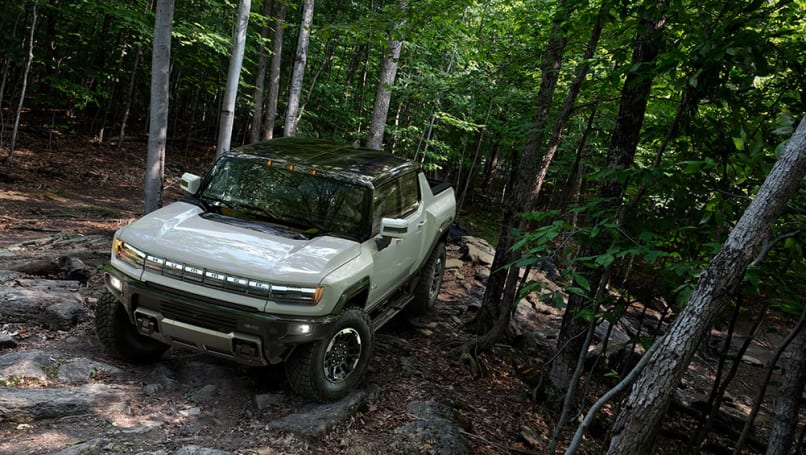 Using the CrabWalk function, the Hummer EV can turn both front and rear wheels in the same direction to improve maneuverability.

Then potentially in the future, when a ute isn’t needed perhaps they’ll transition to a smaller, more efficient EV.

Perhaps, though, there’s a middle ground and Ford Australia may be about to find it in the form of its upcoming Ranger hybrid. This long-anticipated model could potentially walk the line between not over-using resources while introducing ute buyers to the new world of electrification.

It’s a complex and nuanced debate and one that will no doubt cause a flurry of comments on this story, but it’s an important discussion for Australians to have with this new wave of electrified utes heading our way in the coming years.

Virginia may cut its tie to California’s electric car rule. Will it matter?

Are hydrogen-powered cars a better option than electric vehicles?

‘Into the future’: Lynchburg unveils first fully electric vehicles to be…

Michigan to play large role in future of electric vehicles