American-made and all-electric: Biden plots out the future for the federal vehicle fleet

President Joe Biden is already pushing ahead with some of his campaign promises. On Monday, he revealed a move that will hold true to several of them, resulting in more electric vehicles and more American jobs.

In a press conference backed by the banner declaration that “the future will be made in America,” Biden announced that through one of his upcoming executive orders the U.S. will plan to use taxpayer money to replace the government fleet of approximately 600,000 vehicles, over time, with fully electric vehicles.

“The federal government also owns an enormous fleet of vehicles which we are going to replace with clean electric vehicles, made right here in America by American workers, creating a million auto-worker jobs, and clean energy, and vehicles that are net-zero emissions,” said Biden in a Monday address. “Together this will be the largest mobilization of public investment in procurement, infrastructure, and R&D since World War II.”

According to the U.S. General Services Administration (GSA), as of 2018 there were about 645,000 vehicles in the federal fleet.

As we reported previously, an accelerated conversion of public vehicle fleets to all-electric vehicles is one of several significant actions Biden can affect to green the fleet without a required backing of Congress. 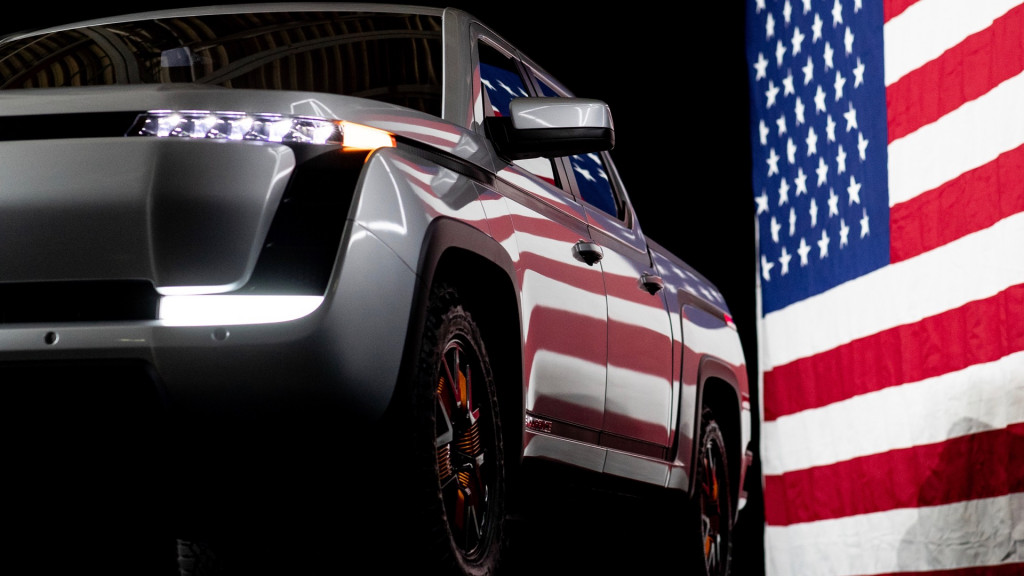 Biden also said that with the Made in America executive order he’s signing he’s going to raise the content threshold for manufacturing a domestic vehicle for the federal government. The change requires at least 50% of the components in the vehicle to be made in America. It includes a cross-agency review of all domestic preferences in federal purchasing.

“This order is deeply intertwined with the President’s commitment to invest in American manufacturing, including clean energy and critical supply chains, grow good-paying, union jobs, and advance racial equity,” stated a White House release accompanying information on the executive order. It noted that some of the requirements that shape what defines domestic goods and services haven’t been changed since 1954.

They’re what Biden cited as “loopholes that have been expanded over time” that allow companies to count the least valuable parts as domestic parts while the most valuable parts like engines and steel are made abroad. In addition to various plans for electrified commercial trucks, a number of light-duty electric trucks are set to arrive in the next two years. Among them, Ford plans to make the F-150 Electric in Michigan, and its battery is due to come from an SK Innovation plant in Georgia. Lordstown Motors is making its Endurance electric pickup—including its in-wheel motors—in Ohio at a former GM plant.

It wasn’t clarified whether Canada will continue to be counted together with U.S. content. GM earlier this month announced that it plans to build the EV600 electric van—primarily a delivery vehicle—in Oshawa, Ontario. Federal government purchasing follows rules that are unrelated to what consumers see via the American Automobile Labeling Act (AALA), which places a greater mathematical weight on the domestic content calculation on components that are more expensive and labor-intensive. Among cars, in recent years, the Tesla Model S and Model 3 have been among the vehicles with the most domestic content under that tally.