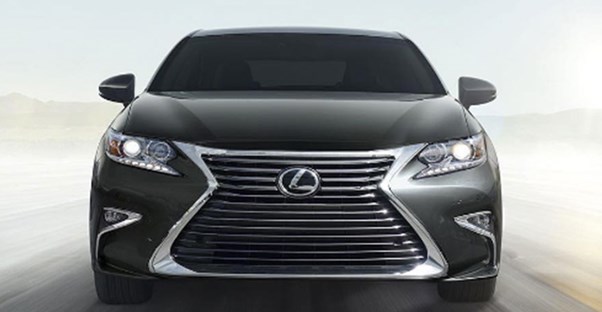 Morning traffic yo-yos between 60 mph traffic and a standstill, so there’s no way you can put on cruise control—unless you have adaptive cruise control. This feature is an intelligent form of cruise control that slows down and speeds up based on the car in front of you. Rush hour traffic gets a little easier if you have one of these five cars.

Lexus manufactures luxurious cars, so it makes sense that the ES 350 has adaptive cruise control standard along with other driver assistance features. The ES 350 has a starting MSRP of $40,000 and gets 25 mpg in the city and 34 mpg on the highway. Comfort is important in every luxury vehicle, and this sedan comes equipped with an 8-inch touchscreen infotainment system, 10-speaker audio, smartphone integration, satellite radio and HD radio. It also has keyless entry, dual-zone climate control and a moonroof.

Honda is known for reliability and vehicles that can last a while if you take care of them and the CR-V is no exception. Adaptive cruise control comes with the Touring model, which starts at an MSRP of $33,550. Since it’s the most expensive CR-V model, it also comes with plenty of other features you’d expect from a premium model such as lane-keep assist, lane departure warnings, and a collision mitigation braking system. There are also plenty of audio and connectivity features like Bluetooth hands-free linking, 7-inch display, voice recognition, USB ports, and a nine-speaker entertainment system with a subwoofer. In the Touring, you can get 27 mpg in the city and 32 mpg on the highway.

The Toyota XLE starts at $25,295 and gets 28 mpg in the city and 39 mpg on the highway. This version of the sedan comes standard with Entune Audio Plus which has a seven-inch touch-screen display, eight-speaker entertainment system, auxiliary audio jack, USB port, advanced voice recognition, hands-free phone capabilities, and Bluetooth wireless connection. Adaptive cruise control is offered with forward collision warning and automatic emergency braking. as well as lane departure warning and lane-keeping assist.

The Subaru Crosstrek starts at an MSRP of $22,445, plus an additional $1,350 for the CVT transmission option. It comes with plenty of standard features including a 6.5-inch display, Bluetooth, four-speaker audio, automatic climate control, remote keyless entry, a USB port, and more. All CVT models are equipped with adaptive cruise control, automatic emergency braking, lane departure warning, and rear-seat alert.  The fuel economy is 28 mpg in the city and 33 mpg on the highway.

The 2017 Kia Sorento EX is a great family vehicle but also works if you’re looking to go off the beaten path. It starts with an MSRP of $35,390 and comes with several features such as a 10.25-inch touch-screen display, Android Auto and Apple CarPlay, Bluetooth connectivity, two USB ports, wireless device charging, and second-row captain’s chairs. The adaptive cruise control comes with the Advanced Premium Technology Package that offers rear traffic cross alerts, a blind-spot forward detection system, forward collision warnings, and a lane departure warning system. The fuel economy for the Kia Sorento EX is an estimated 22 mpg in the city and 29 mpg on the highway.

Toyota Execs Say Gasoline Will Still Power Most of Its…

Redesigned 2022 Honda Civic appeals to its base with…