In a backgrounder for the press prior to the public reveal, chief engineer Jesse Ortega noted that the Bolt EUV doesn’t share any sheet metal with the Bolt EV, and called it “the best of Bolt EV packaged with SUV-like proportions.”

Those proportions, however, aren’t much different than those of the EV. The Bolt EUV is only 6.3 inches longer than the Bolt EV on a wheelbase that’s been stretched 2.9 inches. Due to the extended roofline, the EUV is two-tenths of an inch taller, but its ride height is the same and overall width is virtually identical. The Bolt EUV also rolls in missing one thing that has been expected all along in the followup: all-wheel drive.

If you missed our coverage of the “soft reveal” of the 2022 Bolt EUV last March, the Bolt EUV is best summed up as a stretched version of the Bolt EV. The 65-kwh battery pack carries over from the 2021 Bolt EV, as does its front-wheel-drive system with ratings of 200 horsepower and 266 pound-feet.

GM is also expecting to carry over the 259-mile EPA range rating for the Bolt EV, while the EUV will do nearly as well at an expected 250 miles.

With a new 11-kilowatt onboard charger—requiring one of the newer 48-amp wallboxes and a 60-amp circuit—the Bolt EV and EUV family can charge using 240V in about 7 hours. There’s also now a Dual Level Charge Cord, included with the EUV and optional on the EV, that allows portable Level 2 charging. DC fast charging is unchanged, with a peak charging power of about 55 kw and up to 100 miles recovered in 30 minutes. GM announced that it will collaborate with Qmerit for home wallbox installation, with the automaker actually covering some of the costs, in a program yet to be detailed.

The company substituted a different cell chemistry starting partway through 2019, thus there’s no connection between the new EV and EUV (or the current Bolt EV) and the ongoing investigation of earlier Bolt EVs.

The whole Bolt lineup now gets LED headlamps and all-LED exterior lights, with sequential signals, and the front fascia is more upright. The EUV has an additional center crease line through the hood that GM says ties it to Chevy SUVs stylistically, while it gets standard roof rails. 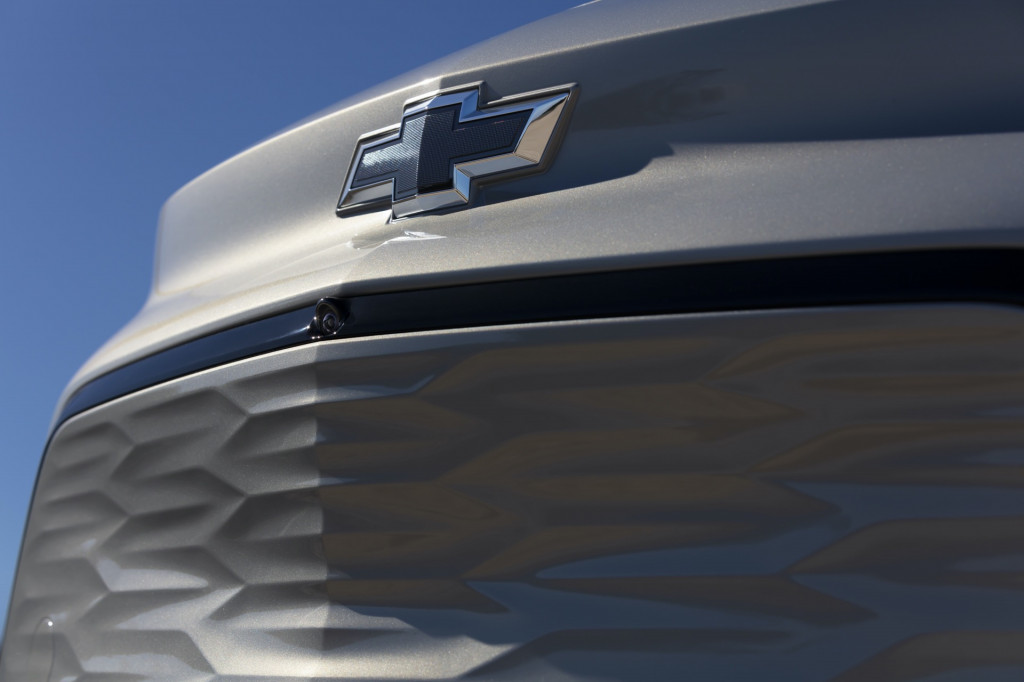 The revamped interior gets new seats first and foremost—answering a longtime complaint since the original launch of the Bolt EV that hasn’t until now been fully remedied. Contrast stitching has been added, and although the contours of the dash haven’t fundamentally changed, a more mature look to the surfaces makes a big difference.

There are meaningful interface changes, too. Both the instrument panel and the 10.2-inch infotainment touchscreen get a new look; the climate-control buttons below the center screen have been redesigned (with rotary knobs moved closer to the steering wheel), and the cupholder is now behind the shifter. The shift lever itself has been replaced by a push-button shifter, and there’s now a one-pedal driving mode that “sticks” to its settings between drives.

GM suggested earlier this year with the tease of a revised interface that the Bolt EV and EUV would adopt “more EV insight,” but the automaker hasn’t yet detailed what this means beyond a revamped power-flow screen.

Chevrolet marketing VP Steve Majoros said that Chevrolet has incorporated a number of smaller changes to the product per owner feedback, as Bolt EV owners are “high engagement people” as much as those who buy the Corvette sports car and Silverado HD truck. The Bolt EV and EUV include cross-traffic alert, automatic emergency braking, lane-keep assistance, front pedestrian braking, and As GM said last year, the Bolt EUV will be the first non-Cadillac model to get GM’s Super Cruise. It adds what GM calls “the industry’s first true hands-free assisted driving technology” on about 200,000 miles of enabled roads, with lidar sensors and a driver-attention system.

Super Cruise is optional on the Bolt EUV Premier. A Launch Edition of the Bolt EUV offers Super Cruise, a sunroof, unique wheels, and an illuminated charge port for $43,495.

For the first time the Bolt will offer an embedded navigation system—on the Premier level of the Bolt EUV, which will also include a sunroof plus heated and ventilated front seats and heated rear outboard seats. 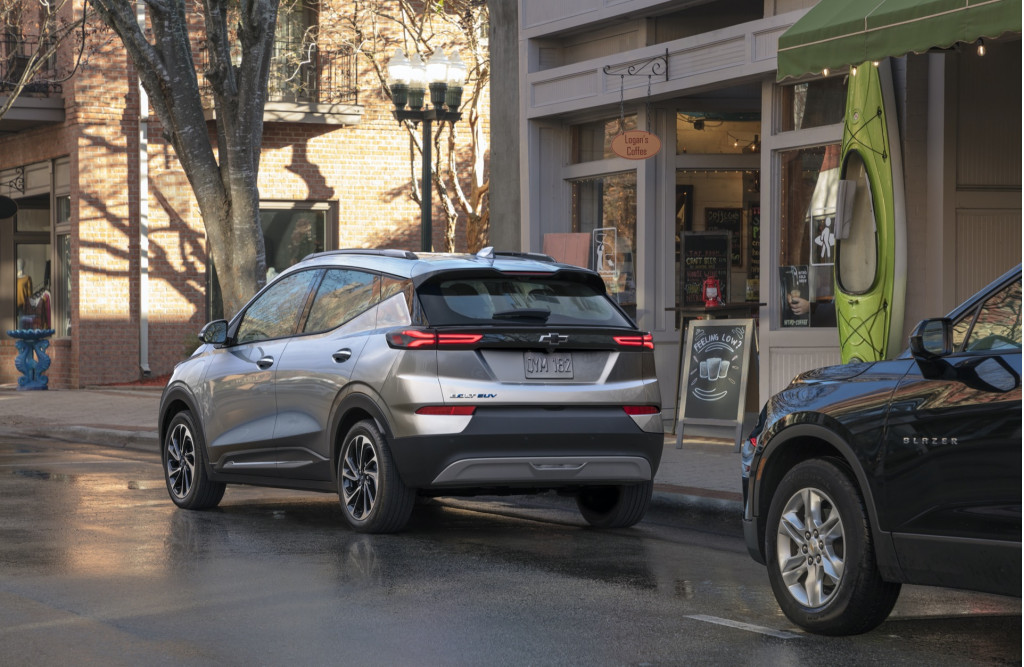 As before, a MyChevrolet Mobile App integrates with the infotainment system and helps plan road trips based on charger locations and real-time vehicle date.

The infotainment system has Apple CarPlay and Android Auto connectivity, and apps for Alexa and others can now be installed on it—with the capability to tap into voice commands and geotagging. The system can receive over-the-air updates for itself only, not for core vehicle functions.

The revamped Bolt EV and new Bolt EUV lineup are due to arrive in summer 2021.