The 2022 BMW X3 compact crossover and related X4 compact crossover coupe wear a fresh interior with updated technology and a mild-hybrid powertrain that modestly boosts torque on inline-6 variants, BMW announced Tuesday. Of course, these enhancements come with a price increase that ranges from $200 to $1,200.

The cabins get the most obvious update, with a 10.3-inch infotainment screen underscored by buttons for both climate control and media functions. The touchscreen can be upgraded to 12.3 inches with a suite of driver services such as cloud-based mapping called Live Cockpit Professional. The larger touchscreen is standard on the X4. Android Auto, Amazon Alexa, and wireless Apple CarPlay also come standard. A controller dial on the console, natural voice commands, and steering wheel controls give the driver several options for multimedia inputs. Options include a 12.3-inch digital instrument cluster, an ambient lighting package, and a parking assistance package.

An optional Driving Assistant Professional package enhances adaptive cruise control to be used in stop-and-go conditions, and includes active lane control that can be used with navigation for lane changes, active blind-spot monitors, and a three-dimensional projection of surrounding traffic in the instrument cluster. 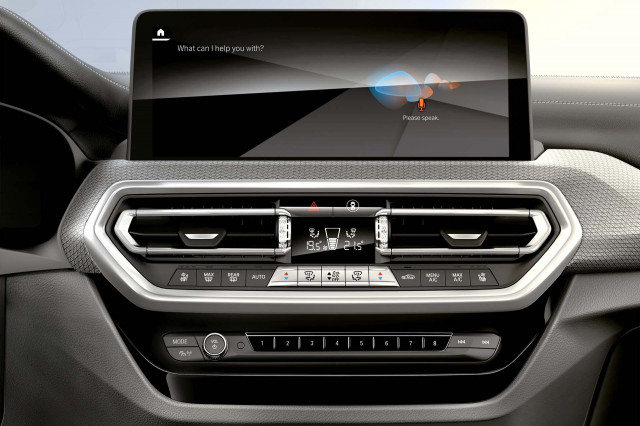 The X3 M40i and X4 M40i now come with a mild-hybrid system with an integrated starter-generator that temporarily boosts output by 11 hp off the line or during mid-range sprints. It also adds more torque on the M40i and M variants. The 3.0-liter turbocharged inline-6 makes 382 hp and 369 lb-ft (an increase of 5 lb-ft) and comes with standard all-wheel drive. It goes from 0-60 mph in 4.4 seconds. Percentage of Consumers with Financial Accommodations…