The 2021 Toyota 4Runner and the 2021 Toyota Tacoma are some of the best Toyota models of 2021. Although the differences to vehicles may be immediately apparent, given that one is a truck and the other is an SUV, the two vehicles do share some similarities when it comes to performance and features.

Comparing the 4Runner and Tacoma

If you are shopping for an SUV, the 4Runner is a great choice for families for a number of different reasons. However, if you are just on your own or have a small family, you may find the Tacoma to be a more practical option. With that said, let’s put these two vehicles head-to-head and see what’s up! Cost is usually one of the biggest factors when it comes to choosing a new vehicle.  Prices will vary slightly depending on the make and the model, but when you are comparing a truck and an SUV, you can expect there to be a greater discrepancy.

When comparing the performance specs of the 4Runner and the Tacoma, it’t important to note that the  Tacoma has another engine option. The 2021 Toyota 4Runner features a 4.0-liter V6 engine that generates 270 horsepower and 278 lb-ft of torque. The Tacoma’s most comparable engine in terms of horsepower is the 3.5-liter V6 that generates 278 horsepower and 265 lb-ft of torque.  The other option is a 2.7-liter four-cylinder with 159 horsepower engine. If towing power if what you are looking for, you are better off with the Tacoma. the 2021 Toyota Tacoma can tow up to 6,800 pounds, while the 4Runner can only tow up to 5,000 pounds. 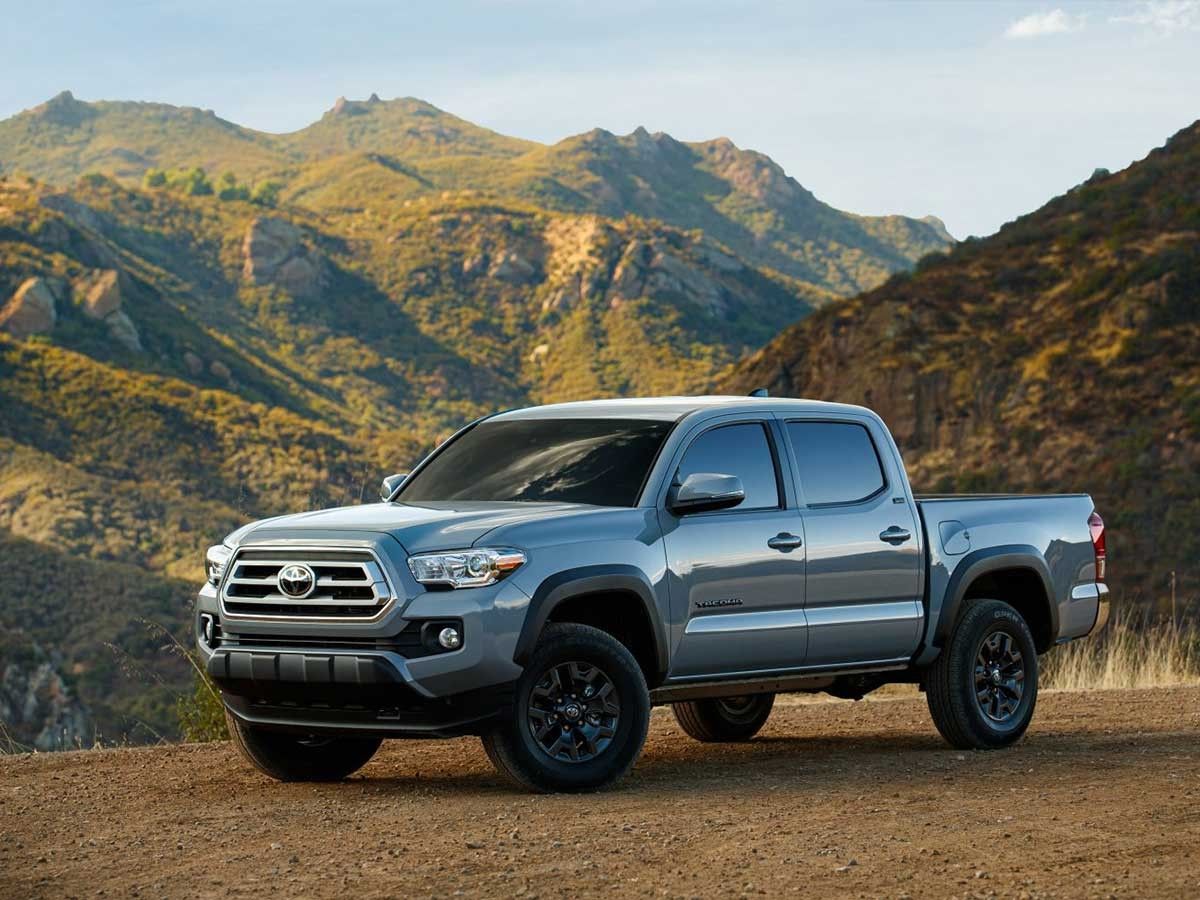 Believe it or not, while trucks aren’t usually known for being packed with features, the Toyota Tacoma actually offers a lot, making the Toyota 4Runner and Tacoma comparable in that way. The 4Runner features an 8-inch touchscreen infotainment system and an 8-speaker audio system. The Tacoma features a 7-inch touchscreen and six-speaker system. Android Auto, Apple CarPlay and Amazon Alexa are all included in both models. Bluetooth, satellite radio and multiple USB ports are featured in both models, although there is one less in the Tacoma.

Safety features in the 4Runner and Tacoma are similar. The standard features of both models include forward collision warning, lane departure warning, automatic emergency braking, adaptive cruise control, pedestrian detection, automatic high beams and other safety features. the rearview camera equipped in both models is a standard for most new vehicles now as required by federal law. Both the Toyota 4Runner and Toyota Tacoma offer a decent driving experience on the road and off. However, you’ll find that the Tacoma fares a bit better when it comes to fuel economy. Features for both models are fairly similar, so it all depends on what you need in terms of passenger space. You can seat up to seven with the 4Runner but only up to five with the Tacoma – provided you choose the double-cab model.