Comparing the 4Runner and Jeep Wrangler

If you are shopping for your own personal utility vehicle, the Wrangler has a lot to offer in terms of performance on the road and off-road. However, when it comes to features, comfort, space and luxury, you are going to find more of what you need for a family in the 4Runner. With that said, you can use this guide to determine which is the best option for you. Cost is usually one of the top factors when it comes to buying a car.  Prices will vary depending on the make and the model, but similar cars of the same class are usually at least in the same ballpark.  All that being said, the Toyota 4Runner and Jeep Wrangler are in different classes with the 4Runner being a mid-size SUV and the Jeep Wrangler being a compact SUV.

The 2021 Toyota 4Runner starts at $36,765. Meanwhile, the 2021 Jeep Wrangler starts at $28,150, which is about an $8K difference in price. Upgrading your vehicles with extra features and engine upgrades can raise the price of either vehicle. The Wrangler offers six different trim levels while the 4Runner offers up to nine. The highest cost Wrangler trim is $73,500, while the most expensive 4Runner starts at $50,470.

Thanks to standard four-wheel-drive, the Wrangler offers clearly superior off-road performance. Although the 4Runner does offer four-wheel drive, you have to pay extra. Both models handle themselves well on the highway. And as for the transmission, you can get either a standard six-speed manual or an optional eight-speed automatic with the Wrangler, but the 4Runner only offers a five-speed automatic. 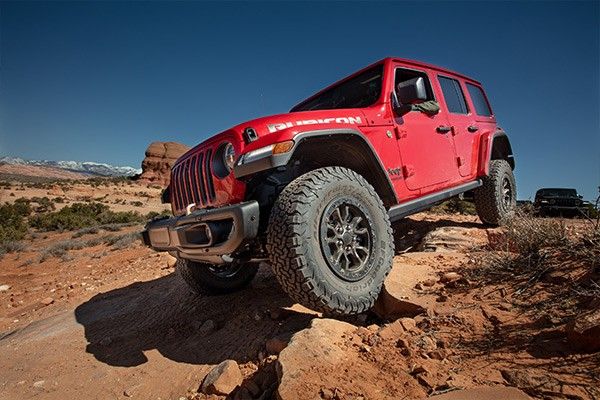 With gas prices so high, fuel economy is certainly a concern for many drivers – even those shopping for a new SUV. The choice is clear when it comes to fuel economy: the Wrangler, and not only because of the Wrangler’s 49 mpg-equivalent but also its base 20 mpg city and 24 mpg highway rating. The 4Runner, on the other hand, only gets 16 mpg in the city and 19 mpg on the highway.

Features are plentiful in both the Toyota 4Runner and Jeep Wrangler but they are a little higher-end with the 4Runner – at least to start with. The Wrangler comes with a Uconnect infotainment system that’s easy-to-use and features a 5-inch touchscreen display. The 4Runner features a different system with an 8-inch touchscreen. An 8-speaker audio system is featured in both vehicles. While the 4Runner comes standard with Apple CarPlay, Android Auto and Amazon Alexa, these integration features are only optional with the Wrangler. Both vehicles have Bluetooth but the 4Runner offers more USB ports. 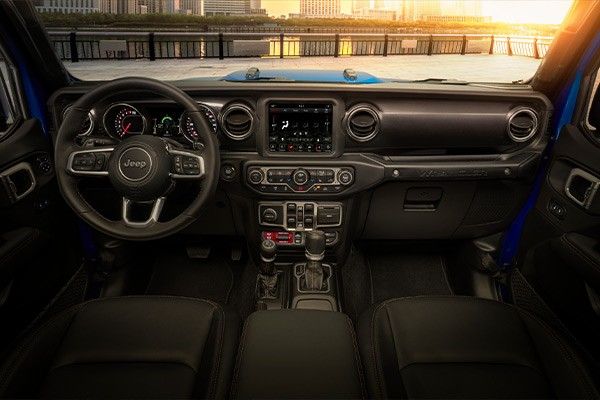 The Wrangler and the 4Runner both offer spectacular interiors. Of course, you’ll be able to fit more passengers in the 4Runner, up to seven, compared to the Wrangler which seats up to five. Cloth upholstery is standard in both vehicles, but you’ll have the option for other materials including leather upholstery. When it comes to cargo space, you can get up to 88.8 cubic feet in the 4Runner and up to 31.7 cubic feet with the regular two-door Wrangler model. With the four-door Wrangler, you’ll get up to 72.4 cubic feet with the seats folded. 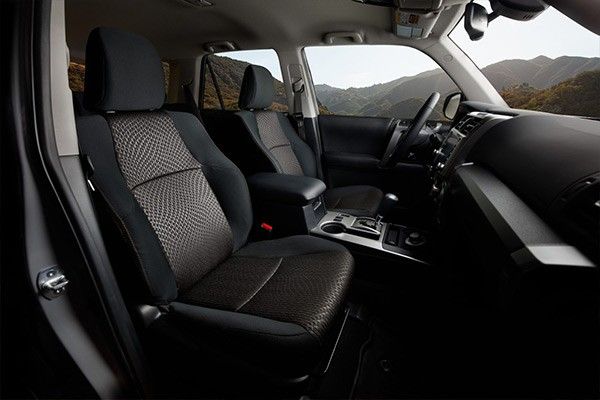 Both the Toyota 4Runner and Jeep Wrangler offer great performance on the road and off. However, you’ll find that the Jeep Wrangler fares far better when it comes to fuel economy and it also offers some more powerful engine options that you can’t get with the 4Runner. But if features are a bigger factor in your decision, the Toyota 4Runner gives you more for your money. If you are looking for a fully-loaded SUV, you’ll find you are paying a lot less with the 4Runner.

(Image via Toyota and Stellantis)

US EV sales have been record-breaking so far in 2021, despite supply chain issues

Want to try life with an EV? Subscribe to a Tesla Model 3