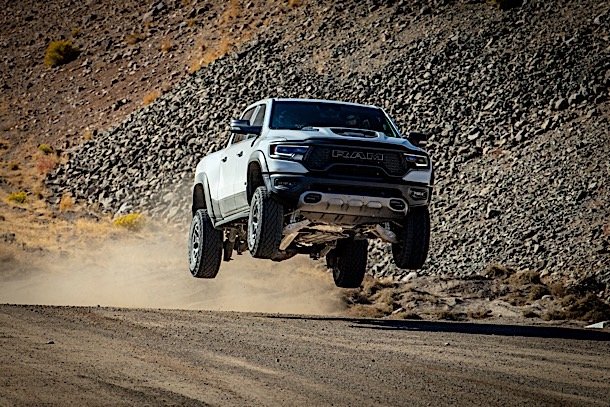 For many years, the Ford Raptor has lived without any competition. Sure, there are trucks out there that claim to be “Raptor killers,” but none have competed head-on with Dearborn’s flying aluminum monster. That is, until now. The 2021 Ram TRX is not only legitimate competition for the Raptor, it beats the Raptor in a lot of ways that matter.

(Full disclosure: Ram wanted me to drive the TRX so badly that they flew me, on an airplane, to Lake Tahoe to drive it. During a pandemic. They also found socially distant ways to feed and shelter me, too. It’s nice having a truck all to yourself during the drive.)

The Ram TRX is based on a modified version of the Ram 1500 platform. It’s lengthened and strengthened to handle all of the upgraded hardware needed to be called an “Apex predator.” Powering the TRX is a 6.2-liter supercharged V8 that they’re not allowed to call the Hellcat, and power is sent to all four wheels via a permanent all-wheel-drive system via an eight-speed automatic transmission. 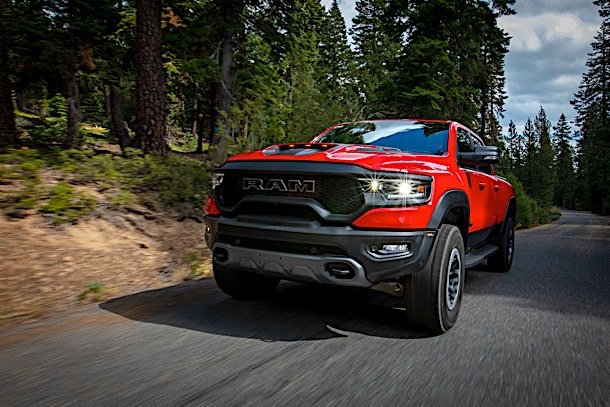 The TRX has Ram’s link-coil rear suspension setup, and special 2.5-inch Bilstein Black Hawk e2 adaptive dampers keep the truck under control on and off road. If speed does become an issue, 14-inch brake rotors help bring the truck to a halt. For those that care, the TRX has a fuel-economy rating of 10 mpg in the city, 14 mpg on the highway, or 12 mpg combined. That’s 1 mpg better combined than the V12 Lamborghini Aventador, for what it’s worth. 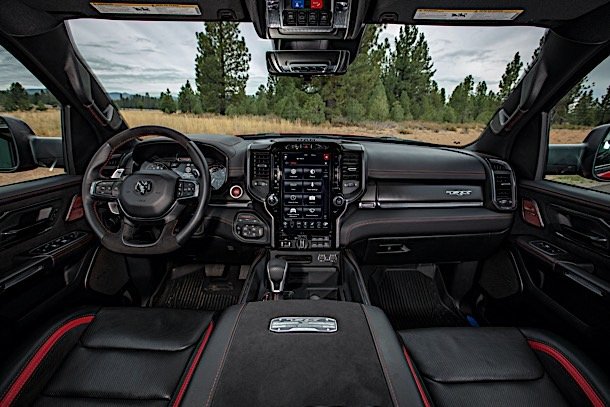 The truck has various drive modes, including a Baja mode, and is the first Ram truck to be equipped with launch control. Additionally, the truck uses sensors to know when the truck is in the air, so that landings are as controlled as possible.

The base truck has all of the off-road tech, but if you want more luxury you can spec up the interior to be as plus as a Ram 1500 Limited. The 12-inch Uconnect infotainment screen is standard issue.

But while that’s all the specifications, that doesn’t tell you what it’s like to drive.

On the roads around Lake Tahoe, the TRX is quick. The truck’s mass conceals its speed until you need to slow down. The dampers do an okay job with body roll in the corners, but there’s no hiding this truck’s weight and off-road focused suspension. That being said, it’s comfortable and the V-8 sound with the supercharger whine is intoxicating. Features like adaptive cruise control, a head-up display, and heated and ventilated seats make road trips a breeze. There’s virtually no drone from the exhaust at highway speed, just the sound of a V-8 burbling, reminding you it’s there.

Off the roads it’s an entirely different animal. The Bilstein suspension feels premium. When tackling high-speed trails, the truck always seems to find traction. When it doesn’t, slides are predictable and easy. The suspension absorbs nearly every imperfection in the ground with aplomb. In a Raptor, even the newest ones, there’s a bit of bed shake from the frame flexing. It’s less in the TRX, proving that Ram put a lot of effort into stiffening the frame and tuning the suspension.

The Raptor’s advantage is weight, especially up front. The heavier V8 from the TRX is noticeable up front, with the steering not being quite as sharp as Raptor. It’s not a significant difference, but it is noticeable when driving the trucks back to back. Both trucks have a Baja setting that is ideal for high-speed desert running. 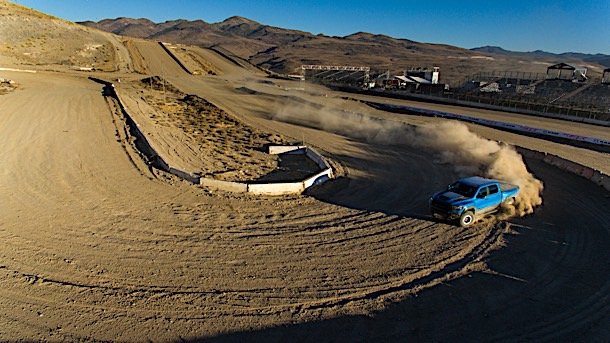 When it’s time to jump the truck, the TRX again outperforms the Raptor. Both trucks can fly, but the extra suspension travel in the TRX (13-inches in the front, 14-inches in the rear) with the better suspension pays dividends in the landing. Body motion is controlled in both trucks, but the TRX replants itself quicker and more confidently to continue on the trail. It’s splitting hairs, but the TRX benefits from seeing how good the Raptor is and trying to improve on it.

It’s a bit disappointing that the TRX is only available in crew-cab configuration because a shorter wheel base and a lighter cab would make the truck more fun, but nobody buys those Raptors so it makes sense why Ram doesn’t offer it. 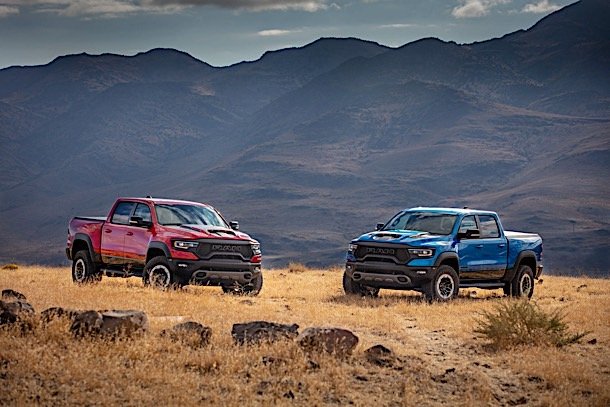 The other disappointment with the TRX, especially compared to the Raptor, is that it doesn’t feel quite as raw. Yes, it has more power, but the shifts are a bit smoother in sport mode, and the truck can’t be put into a rear-wheel drive only setup. That means no burnouts. It’s still a stellar performer, but the Raptor in some situations feels edgier.

So should you get the TRX over the Raptor? Yes. The TRX is the baddest truck of this type. If that’s what you’re looking for, Ram has the answer. With a base price of $71,690 with destination, it has a much higher starting price than Raptor, which starts at $55,150 with delivery for a shorter-cab base version. That’s a big price difference if you’re just looking for a good off-road pre-runner. But it’s also 252 more horsepower, and 140 more lb-ft of torque. 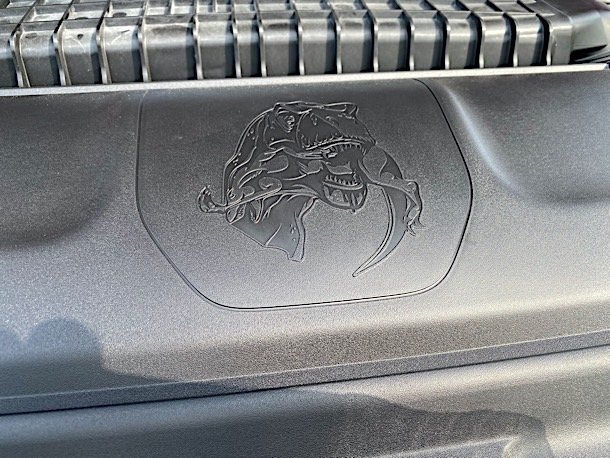 You can’t be faulted for saving the money and going Raptor, but until Ford unleashes the next version of the truck —likely with a V-8 — the TRX is the king of Jurassic Park.

GMC Has No Hummer EV Test Mules Yet

Sonsio and Evolution by Dent Wizard Complete Merger to…