Off-roading and adventure seeking is a lifestyle. Not everyone cares, but those who do inevitably consider the Toyota 4Runner and Jeep Wrangler as their overlander of choice. The decision becomes a crossroads.

These two legendary icons created cult followings long before Tesla made such a thing, but for very different reasons. The 4Runner’s known for being ridiculously reliable while the Wrangler is infinitely customizable and can be a boulder-basher or sun chaser with removable doors and roof.

For how different they are, the 2021 Toyota 4Runner and 2021 Jeep Wrangler are a close match when it comes to their tough looks, all-around capability, and creature comforts. So much so they have the same TCC Rating of 5.2 out of 10. 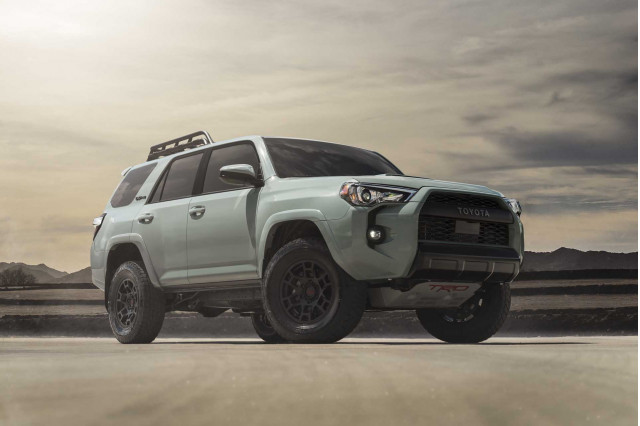 The Toyota 4Runner matches its tough reputation with rugged looks punctuated by a big maw, broad shoulders, and blocky ends. Different trims get different treatments: chrome glints from the upscale 4Runner Limited, while the 4Runner TRD versions darken the brute ute into something more sinister.

Inside, the ancient 4Runner wears cheap, hard plastic that offends when prices can reach $50,000. The LCD display screen for the climate control system probably came from the ‘90s. The 2021 4Runner is an ancient vehicle underneath—it was last comprehensively updated in 2009. An aged but reliable 4.0-liter V-6 makes 270 hp and 278 lb-ft of torque under the hood of the 4Runner. A neolithic 5-speed automatic transmission doles out power to the rear or all four wheels. Just about everything in the 4Runner prioritizes brute-force off-roading, down to the Fox shocks and lifted suspension on TRD Pro models that can go just about anywhere. But, Toyota slaps consumers in the face by equipping the most expensive, off-road-focused models with part-time four-wheel drive instead of full-time four-wheel drive like the larger Land Cruiser or more expensive Lexus GX. 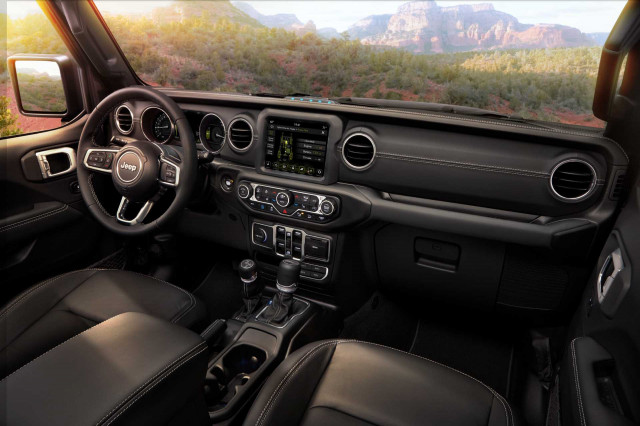 Redesigned for 2019 with a slew of creature comforts and safety systems, the Jeep Wrangler prides itself on its newness, and each year Jeep has added more powerful and fuel efficient powertrains.

The boxy Jeep Wrangler won’t be confused with anything else on the road, but the new Jeep is a little more user-friendly than older models. The doors and roof still come off with just a handful of tools and about half an hour of garage time. It’s one of the biggest selling points of the Wrangler over the 4Runner on the road. The new update added much-needed safety systems and interior updates, but the looks largely haven’t changed aside from available modern LED lighting. 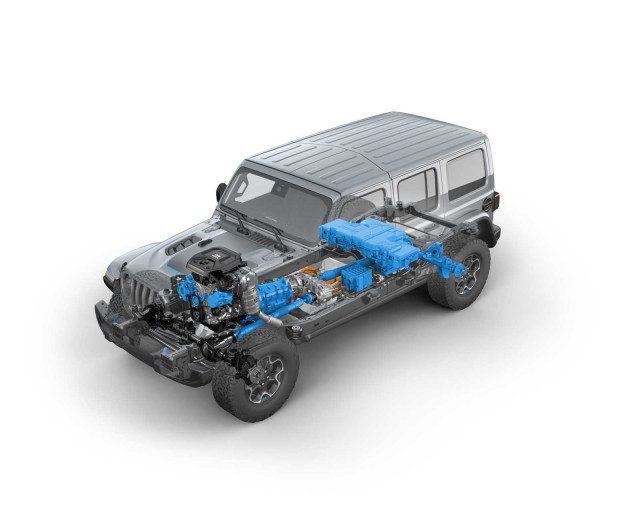 Under the hoods of most Wranglers is a 3.6-liter V-6 that makes 285 hp and 260 lb-ft of torque. A plucky turbo-4 is available (and it’s good) or a 3.0-liter turbodiesel is the off-roading and mileage champ (but it’s $4,000 more and that’s not likely to be recouped in fuel savings any time soon). A plug-in hybrid provides the ability for some silent off-roading with up to 22 miles of all-electric range while a thirsty 470-hp 6.2-liter V-8 has joined the lineup. The 3.6-liter V-6 can be paired to a 6-speed manual transmission for hardcore fans otherwise it’s an 8-speed automatic with every other engine. The Wrangler’s roster of powertrains is more refined and far more advanced. 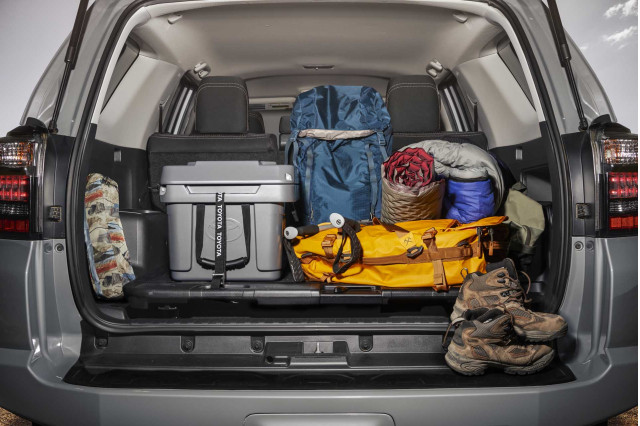 Four adults fit into the Wrangler and 4Runner, although leg room isn’t exceptional in either. The 4Runner is available with an optional third row, but we’d skip it as it both raises the load floor and is useless for hauling people.

The 4Runner is better at holding cargo; with the rear seats up it holds more than 46 cubic feet compared to the Wrangler’s 31 cubic feet.

Full crash-test results aren’t in for the Wrangler but early results aren’t impressive, including a rare three-star score from the NHTSA for rollover crash safety. The 4Runner doesn’t excel either. Its structure is relatively old, but Toyota does make standard automatic emergency braking that the Jeep skips on many trims. Not much on either SUV is cheap, either. Boxy off-roaders like the 4Runner and Wrangler are hot—they’re ATMs for dealers and automakers. It’s not out of line for Rubicon Wranglers to cost more than $60,000; a 4Runner TRD Pro commands more than $50,000, too.

There’s hardly a value to be found in either truck, but our features score favors the 4Runner for better standard gear on lower, less-expensive trims, but Wranglers can be optioned up to feature a fantastic 8.4-inch touchscreen infotainment system. It’s not just one of the best in the business, it flat out embarasses the user interface in the 4Runner.

In the end, the Wrangler wins as it’s simply the more modern vehicle with an array of powertrain options and all the capability. The only reason its TCC Rating matches that of the 4Runner is the base model is really simple with roll-up windows, no air conditioning, and no power locks. With a few options it’s the best retro, boxy off-roader we don’t need but kind of want with the doors on or off.

2022 Chevrolet Bolt EUV and Bolt EV ship out to dealerships…