While the 2021 Honda Passport may be one of the newest entries into the segment, it already rises near the top of the crowded pack of mid-size crossovers. Previously, the Passport was essentially a rebadged Isuzu body-on-frame SUV from 1993-2002. Now, in 2021, Honda brought back a completely redesigned crossover that fits snugly between the CR-V and the Pilot.

You might mistake the new Passport for a Pilot from the front. Head around back, and you’ll notice the lack of a third row. The blacked-out grille of the Passport differentiates it from the rest of the vehicles in the Honda lineup, many of which feature a substantial chrome “belt” above the headlights. And with four trims to choose from, there’s a Honda Passport for both off-roaders and urbanites. 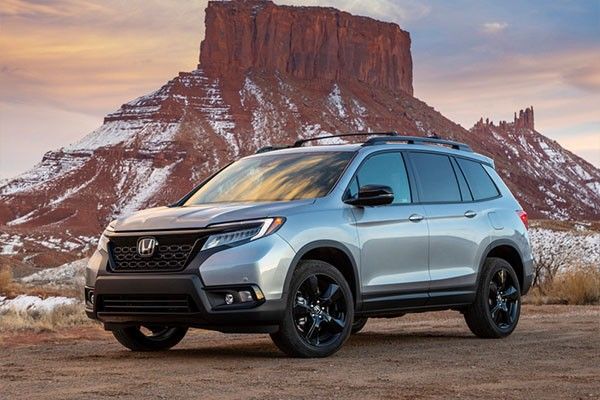 All versions of the 2021 Honda Passport come with a 3.5L V6 engine capable of 280 horsepower and 262 lb-ft of torque. Plus, there’s an AWD version of each trim, something that can’t be said for competitors. While the Honda Passport Sport is the least expensive option, we wouldn’t necessarily call it the “base” trim. Since it has a more rugged focus, it lacks many of the comfort and convenience features of the other trim levels.

Missing are power windows with auto-up/down, vanity mirrors, and a HomeLink remote system. Nor does it have a leather steering wheel or leather-trimmed seats. Most importantly, the Sport trim lacks roof rails, which we think is a major oversight for a sporty-focused model.

So what does it have? The Honda Passport Sport comes with Intelligent Traction Mangement and the Honda Sensing system. This combines a Collision Mitigation Braking System, Road Departure Mitigation System, lane-keep assist, and adaptive cruise control. That’s impressive for this least-expensive trim. Additionally, there is a push-button start and a remote engine start. The entire vehicle sits on 20-inch alloy wheels, and there’s an innovative cargo area underfloor storage compartment in the rear. 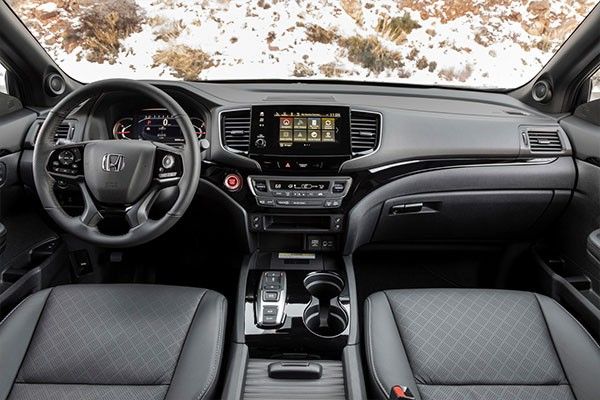 Right off the bat, the 2021 Honda Passport Touring stands out from previous trims thanks to its roof rails. The interior is also greatly updated thanks to a premium audio system with 10 speakers and heated front and rear seats. The power tailgate also has hands-free access. Furthermore, the infotainment system has satellite-linked navigation that features 3-D renderings of terrain, buildings, and road signs. There are also parking sensors in the front and rear for the first time. Finally, the Passport Touring has mobile hotspot capability.

That’s quite a lot of features, but it’s also quite a lot of money. With a starting MSRP of $39,480, the 2WD Passport Touring is bumping up on the higher end of the price spectrum compared to competitors. The AWD version I just a little more expensive. 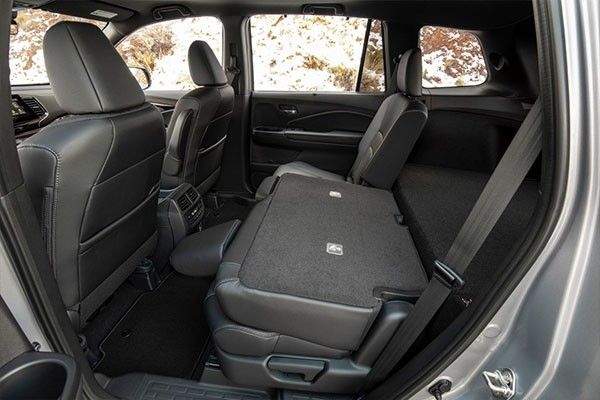 The top-of-the-line 2021 Honda Passport Elite has all the creature comforts a driver could want. Seating is upgraded in the front to be both heated and ventilated. Even the steering wheel is heated at this trim level. The center console also sees the addition of a wireless phone charger. Even the exterior of the vehicle isn’t left out of the tech upgrades. The windshield wipers on the Passport Elise are rain-sensing and activate when they detect moisture.

The Passport Elite starts at $43,980 and comes standard with all-wheel-drive.

GM Partners With Hertz to Up Loaner Pool at Dealerships

Toyota hybrid pickup, EVs with the most range, prices for Q4, EQS, Tucson PHEV: The Week in Reverse