The redesigned 2021 Ford F-150 ushers America’s bestselling vehicle into the digital age. An 8.0-inch touchscreen, over-the-air updates, wi-fi hotspot, and a smartphone app that doubles as a key highlight the standard features that will help keep the full-size truck fresh.

With a price ranging from about $30,000 to $80,000 across six trim levels with six powertrain offerings and three bed sizes and three cab sizes, the 2021 F-150 nearly defies classification. It’s a work truck, it’s an executive lounge; it’s a family hauler; it’s a 14,000-pound towing machine; it’s an everyday vehicle and its countless configurations are the stuff of algorithms.

The varied use cases make it impossible for us to say how we’d spec it. But, with choices such as a hybrid or turbodiesel powertrain, and luxe truck options like front seats that fold out to nearly 180 degrees for business-class level napping, the 2021 F-150 can be had with five options that would make the affordable cut on our order.

Availability: Crew cab only; across the lineup starting with King Ranch, Platinum, and Limited trim, with XL, XLT, and Lariat to follow. 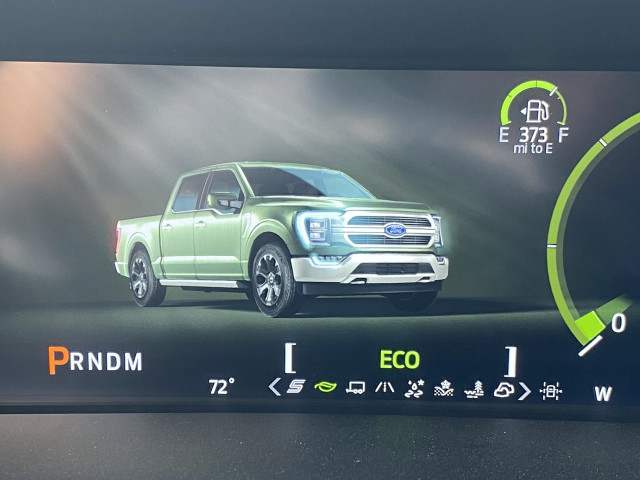 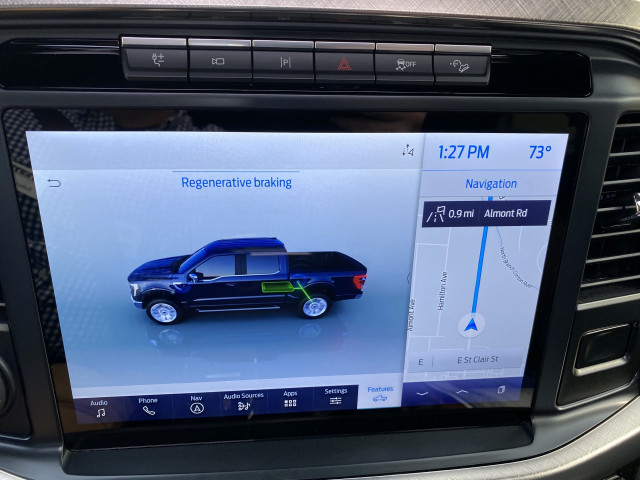 The hybrid powertrain in the 2021 Ford F-150 isn’t all about fuel economy. With an EPA-rated 24 mpg city, 24 highway, 24 combined in four-wheel drive, it’s definitely good, getting at least 3 mpg combined more than similarly capable powertrains in the Ram 1500 and Chevy Silverado. The impressive part is it doesn’t sacrifice any of the capability. The 3.5-liter turbo V-6 pairs to a 47-horsepower electric motor powered by a 1.5-kwh lithium-ion battery pack that doesn’t take up any cargo space. Mounted under the floor toward the rear of the cab, the briefcase-sized pack doesn’t sacrifice any cargo room in the crew cab or the bed, and there’s still a voluminous 30.6-gallon fuel tank.

The hybrid is cheaper than the diesel by at least $500, not factoring in fuel costs that average about $.20 more per gallon. The hybrid motor is housed in the transmission, so it can drive in electric mode up to about 10 mph or coast and idle in electric only mode. Moreover, the 10-speed automatic shifts seamlessly and almost unnoticeably after the first few gears.

Availability: Extended and crew cab. Not available with 2.0-kw onboard generator.

Collapsible, lockable storage bin in 2021 Ford #F150, as demonstrated by chief engineer Craig Schmatz. Cool that you can still have full floor. pic.twitter.com/OieaRaLSzt

It’s hard to determine the necessity of the collapsible storage locker, but it’s pretty cool and pretty clever, in the same vein as camping gear. The locker pops up from under the rear seats, and with a couple of flips of the latches, it forms a locker as long as the rear seats and about a foot wide. If a locker that long isn’t needed, a divider can be latched into place for a short locker underneath the 40-part of the 60/40-split flip up seat. A key lock in the seat side secures it. Great for stowing loaves of bread, among other things, it collapses back into the floor when not in use so flat floor space and cargo volume doesn’t change much. 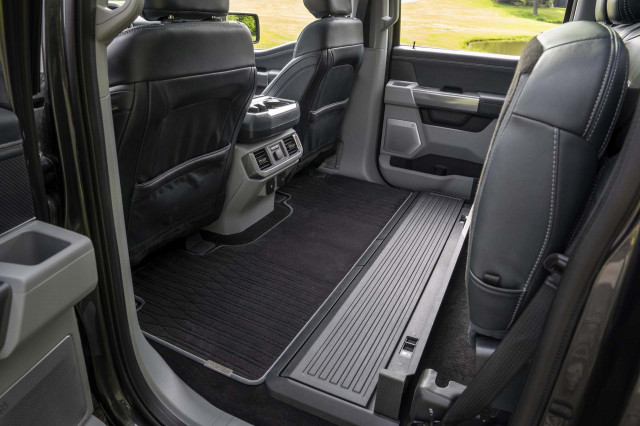 Most F-150s travel for many miles, so why not get some help with the long haul with Ford’s forthcoming hands-free driving system? We’re hesitant to recommend something we haven’t tested, but the similar hands-free driving feature on GM’s Super Cruise system and, to a lesser degree, Tesla’s Autopilot system, take some of the fatigue out of those long stretches of endless highways. Active Drive Assist uses a camera and radar sensors to operate the vehicle without driver intervention on more than 100,000 miles of mapped divided highways in North America. Using adaptive cruise control, active lane control, and traffic-sign recognition, the system can drive itself for hours, as long as there aren’t complications such as temporary lanes from construction sites. A driver-facing camera ensures that the driver keeps their eyes on the road.

Shoppers can buy the hardware now for $995, even though the software won’t be ready until the later half of 2021. Owners can activate the software via an over-the-air update for another $600, or you can buy it all at once for $1,595; early adopters get $100 off. After three years, Ford shifts the system to a monthly subscription period.

Availability: Standard on XLT High trim, or Lariat and above. 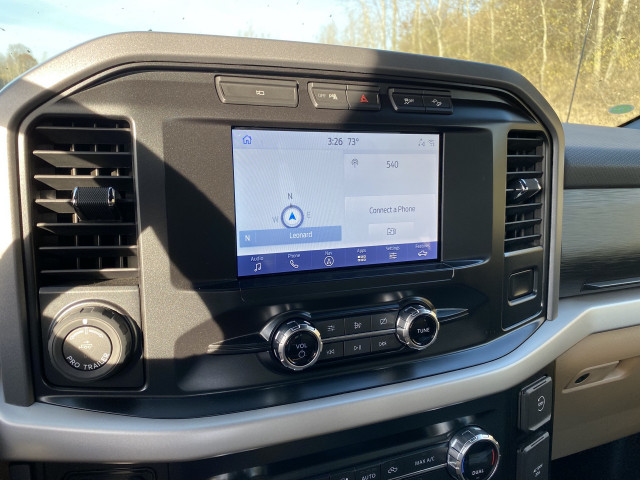 Admittedly, this preference stems more from form than function. The standard 8.0-inch touchscreen offers similar functionality as the larger screen since both use Ford’s Sync 4 software and wireless smartphone compatibility is standard. Enhanced voice recognition for $325 on XL models return Siri-levels of fidelity for voice commands. The smaller screen would be just fine if it didn’t look so lost in that brawny center stack. The smaller screen comes in the same housing as the large screen. The landscape orientation of both means that blank black panels flank the smaller screen, so it looks odd, like an island of pixels afloat in a black sea ribbed by vents. The broader display really benefits towing and backup camera projection. 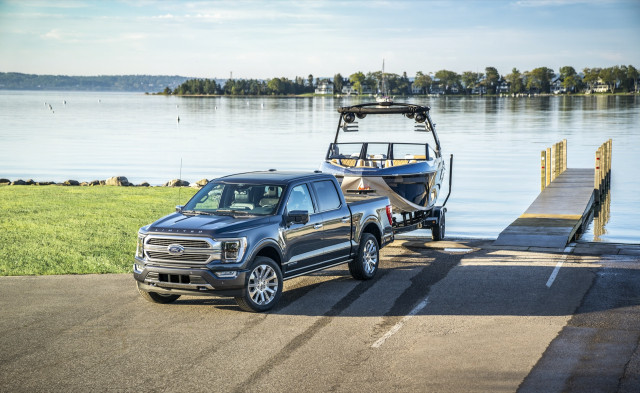 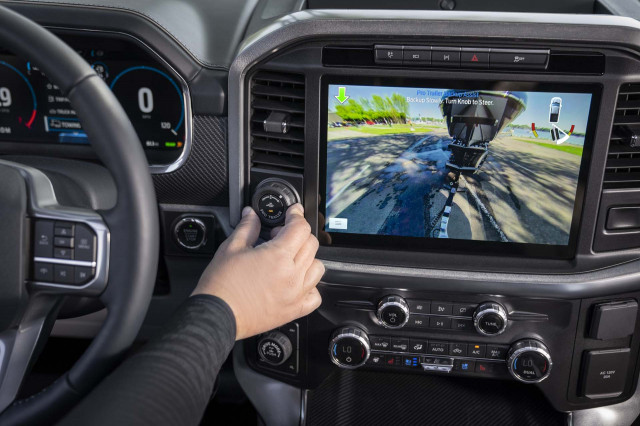 A full-size truck without the ability to tow is like a powerboat without a motor: It’s missing a part of its essence. It would stand to reason that the Tow Technology Package with the hitch, surround-view camera, trailer brake controller, and the backup assist dial that’s easier to use than a steering wheel when backing up a trailer would make sense for $880, but adding it requires shoppers to add a whole bunch of other things to bump the price $2,335 on XL trim or $1,450 on XLT trim.

Vic Vaughan Toyota of Boerne Receives Trifecta of Most…